Kegel Exercises | What are? What are they for?

- Kegel exercises, named after the gynecologist dr. Arnold Kegel who conceived them in the 40s, are nothing more than voluntary contractions implemented to strengthen the pelvic floor muscles, useful for combating problems related to pelvis, from urinary restraint to sexual pleasure.

Il pelvic floor, the set of muscles and ligaments found in the cavity of the abdomen and pelvis supports and regulates both the genitals and the urinary tract, from the bladder to the terminal part of the urethra.

Kegel sensed how these problems could be solved, or at least limited, through the strengthening of these muscles: he developed some simple exercises to restore the right tone to the pelvic floor.

How to make them? 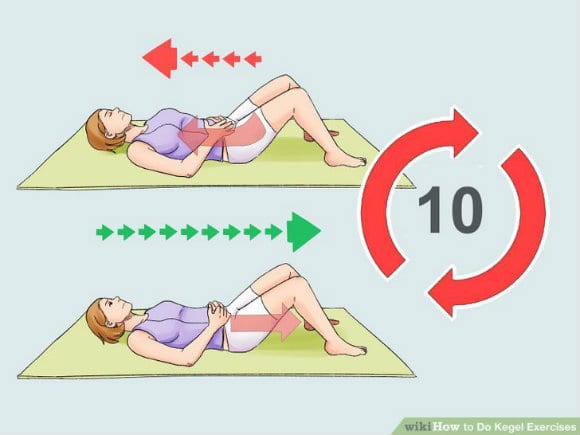 Do not overdo it, so as not to tire the area and worsen those problems that you want to fightFurthermore, it is always good to consult your doctor, gynecologist, urologist or andrologist you trust, as there may be contraindications that vary from one patient to another.

The benefits of Kegel exercises appear to be multiple.

The fortification of the pelvic floor can cure or prevent the problem of urinary incontinence, especially in women who have had to face particularly traumatic pregnancies and natural births, it also contains the risk of pelvic organ prolapse.

Kegel exercises turned out to be very useful for pregnant women, as they “train” the pelvic floor for the imminent physiological stress caused by childbirth.

Furthermore, through these exercises, women who have lost tone in the muscles of the vagina following a vaginal birth, can regain their tone.

As for the sexual sphere, the use of these exercises allows both men and women greater ability to control orgasm.

For men, Kegel exercises have proved useful both for the control of ejaculation, helping those suffering from premature ejaculation, because by controlling the pubococcygeus muscle it is possible to manage the ejaculatory impulses, postponing orgasm, and in case of erectile dysfunction. as reported by a study published in the Journal of the British Association of Urological Surgeons. 7


For women it has been seen an increase in sensitivity and pleasure during intercourse and the easier achievement of orgasm in those who practiced the exercises.

They are effective in fighting both urinary incontinence and problems concerning the sexual sphere, but it is always necessary to consult a specialist before starting to practice them because they are not totally free of contraindications.

They are easy to perform and discreet, they can be done at any time and in any place and already after 4 - 6 weeks, most people notice some improvement, but sometimes it can take a longer period, even 3 months, before getting any appreciable improvement.

Over-exercising should be avoided because it can lead to the opposite effect to the desired one.

Audio Video Kegel Exercises | What are? What are they for?
Pilates Exercises | The Most Important To Know ❯

add a comment of Kegel Exercises | What are? What are they for?