Jump Squat | How is it done? Muscles involved, variants and errors

By the healthiergang writer , personal trainer.

The lower limbs are, for us, very important as humans are among the few living beings who move almost exclusively in an upright position.

For this reason, some of the strongest muscles and ligaments are those of the thigh (such as gluteus maximus, ileofemoral ligament or quadriceps muscle complex).

It must also be remembered that the lower limbs are made up of innumerable muscles that collaborate synergistically in the various movement functions and that for optimal training it is recommended to train by combining basic (multi-joint) exercises with complementary (single-joint) or more specific exercises.

The main muscles that make up the lower limbs are:

For the last muscle listed, it should be remembered that an excess of muscle tone can lead to lumbar hyperlordosis resulting in back pain and a higher incidence of pathologies such as herniated discs, protusions, etc.

There are countless exercises and numerous variations to train the lower limbs.

In this article we go to deepen a variant of the Squat, or the Jump Squat.

The muscles mainly involved in this exercise are: quadriceps, gluteus maximus (in a secondary way also ischiotibialis, adductors, gastrocnemas and lumbar). 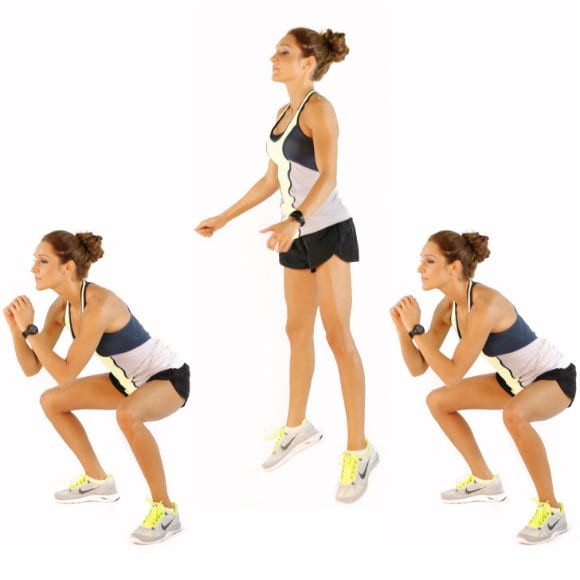 For a correct execution:

In many cases the jump squat is considered an exercise that leads to back pain, especially with the addition of a barbell or load.

It must be said, however, that if the load is positioned in the wrong place or if you assume incorrect positions, you will have a greater overload of the spine and the joints of the lower limbs.

This exercise turns out, however, to be very effective in that allows the work of the hip extensor chain, both in the flexion-extension action and in the propulsion action (due precisely to the jump); in addition, it is great for improving explosive strength and fast strength.

How to enter it?

The important thing before incorporating the jump squat into a training routine is: 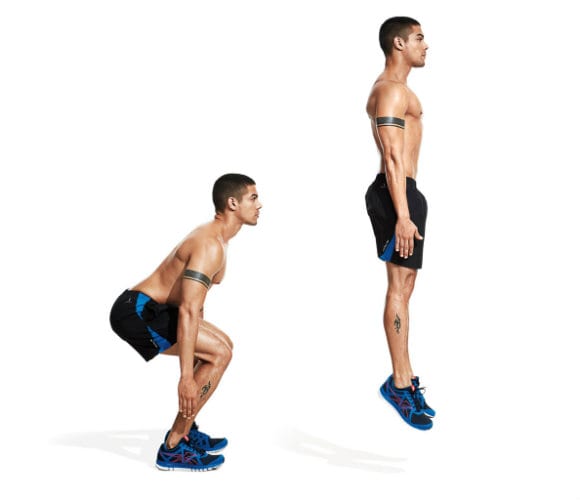 The most mistakes made when performing this exercise are:

Variations to the classic Jump Squat can be:

In conclusion, to recap, a balanced workout must not neglect any of the muscles that make up the lower limbs and for this reason it is necessary to insert multi-joint exercises. Simple extensions or push-ups will leave out the work of most of the muscles.

Stretching is also very important, as it allows you to keep the joints and especially the knee healthy.

add a comment of Jump Squat | How is it done? Muscles involved, variants and errors