Jealousy. A mechanism that deceives the mind 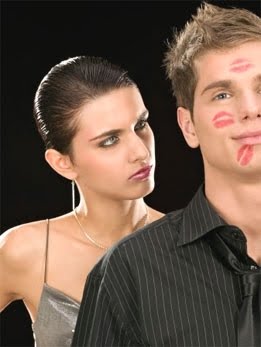 "The jealousy
makes us lose sight of love, ”George Elliot once said, and now a
new study confirms this idea that arose from empirical experience e
popular accumulated over the years.

In reality the
our ability to reason and analyze things in perspective is impaired
at the very moment when we begin to experience strong feelings,
especially if these manifest themselves through the fear of losing the object
loved one (in this case the partner). Attention and memory turn out to be
some of the most compromised psychological processes and, by a curious contradiction,
jealous people tend to focus on more attractive rivals. Or at least
this is what Jon Maner, a researcher at the State University of
Florida. It should be emphasized that
this study is one of the first experiments in which we try to put in
relationship romantic jealousy with the cognitive process. But… how it is
proceeded? Maner led
this experiment with hundreds of heterosexual students; half of these
underwent a priming related to jealousy which consisted of asking them to
write about some occasions on which they had heard
particularly jealous. The rest of the participants had the same task but
they had to write about any situation that caused them a very high level of anxiety, without it
were to blame for infidelity. Following each
participant was classified in a certain level of jealousy, depending
from his experiences and how long jealous they felt in front of
different situations they had described. Once finished
the task, in the first study each participant had to undergo a test
cognitive. On a screen appeared images of people and a series of
forms that the students had to analyze. Evidently, to accomplish with
success this task the participants had to focus exclusively
on the shapes and not on the faces. The problem was that those people they had
experienced in the past moments when they were possessed by jealousy,
they scored lower on the test, due to the fact that it was for them
difficult to divert attention from the faces of attractive people who
appeared on the screen. In the second study
the participants had to face a memory test. On the screen yes
showed a series of photos with people's faces. The students just had to mate
the photos depending on how similar the faces shown were. Surprisingly the
more jealous people showed an incredible memory for attractive faces
of people of their own sex. So we can
claiming that jealousy produces a kind of gendered hypervigilance. Self
we fear that our partner will abandon us, we will assume a vigilant attitude
respect the environment, looking for attractive people who might
turn into rivals. In this way, our attention is ours
memory will be less engaged in other activities. In short, once
jealousy is still shown to be no good counselor.
Chewing gum helps fight stress ❯

add a comment of Jealousy. A mechanism that deceives the mind