It is forbidden to say hamburger, steak or cutlet for vegetarian products 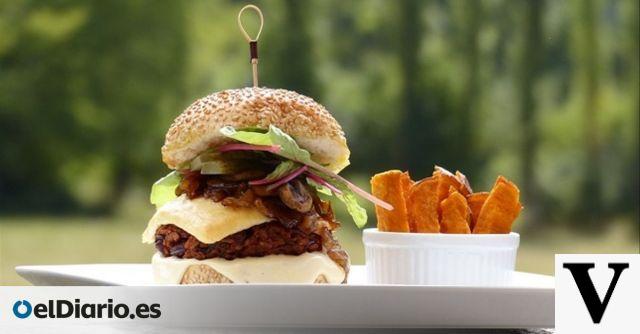 Let's not call them burgers if they don't contain meat. This was stated by the agriculture committee of the European Parliament which approved new rules, which will prohibit the use of names used for meat dishes for plant foods. As was the case with milk, they could change their name.

It may take several years for the regulation to take effect but it has already happened in 2017 with plant-based milk. So, the European Court of Justice has established that plant-based products and beverages such as soy and tofu should not be sold as milk, butter or cream.

It was a real revolution in the food market, because talking about milk, butter, yogurt or cheese for vegan products is no longer possible, as these terms refer exclusively to dairy products.

And for the meat?

Veggie disc, in your country vegetarian discs, could replace the word hamburger. Vegetarian food producers will therefore have to revise the names if MEPs finally approve the new rules to protect the terms used for meat.

And it's not just bean burgers or mushroom burgers that need to change their names. Vegan sausages, tofu steaks and soy escalopes could change that once the revisions to the food labeling regulation are confirmed.


Is there a hand in the meat industry? The regulation passed with the approval of 80% of the votes. The measures will now be fully voted on by Parliament after the European elections in May, before being submitted to the Member States and the European Commission.

“The meat lobby is not involved. It generated considerable debate among the political groups and a large majority wanted to clarify things. Especially in light of the story, the story we share, you can have a steak or a burger, you can't call it something else. "

The decision to protect the terms and names relating to meat “exclusively for edible parts of animals” has been sharply criticized by various associations and NGOs such as Greenpeace and Birdlife, who have insisted that it will be a blow to sustainable food. In fact, vegetarian disco would sound less palatable than burgers.


According to Andrieu, MEPs voted solely in the best interests of the consumer, indeed, he said the ban should be seen as an opportunity for vegetarian brands:

"People need to know what they are eating," he commented.

Certainly the problem remains at a commercial level, for the rest we can calmly say that we mere mortals can continue to call them whatever we like ... But how do we put it with cocoa butter? And with the milk on the knees?

add a comment of It is forbidden to say hamburger, steak or cutlet for vegetarian products