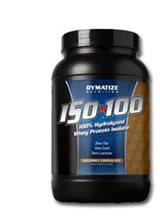 The supplement in question consists of isolated whey proteins. Unfortunately the isolation method is not specified, but observing the characteristics described on the label, a method based on microfiltration is assumed. Despite this, the protein content is generally higher than the other proteins extracted with the same method, with an acceptable sodium concentration. 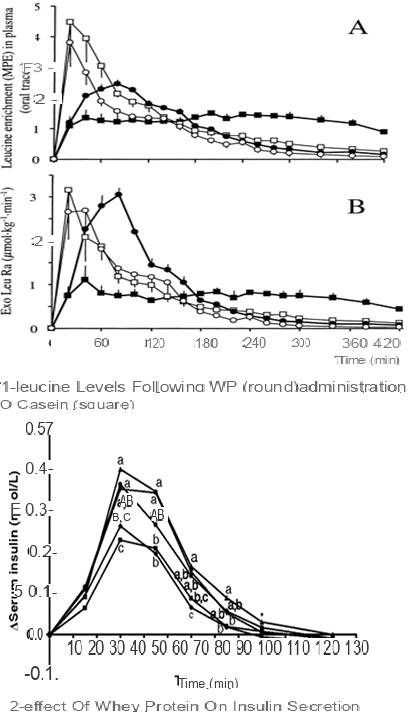 Sore point, is the commercial choice to sponsor this product as carbohydrate-free, when it would be enough to read the label and observe the significant amount of sugars present here, inevitably including lactose.

Whey protein - whey proteins, obtained through the manipulation of whey (waste product derived from cheese processing) represent the smallest amount of protein present in milk. Much of the protein pull of this food is in fact made up of caseins, different proteins in both amino acid and functional terms, characterized by totally different digestion and absorption kinetics.

Whey proteins contain various types of proteins, from lactoglobulins to lactalbumin, from seroglobulins to lactoferrin, with percentages that also differ according to the different methods of isolation and extraction.

The different pattern of digestion and absorption makes whey proteins a rapid and powerful source of amino acids, so as to guarantee a significant increase in these nutrients in the circulation already 20/30 minutes after ingestion. Several studies have in fact compared the absorption kinetics of caseins to that of whey proteins, noting not only a different timing of absorption, but above all a different functional role. Caseins, in particular, have been shown to be particularly useful in preserving muscle integrity during exercise (probably thanks to the gradual increase in plasma levels of amino acids, more or less constant over time), while whey proteins have proved very effective. in inducing muscle protein synthesis in the post-workout, with twice the intensity of that observed for caseins. In reality, all this difference is determined not only by the different amino acid pattern, but also by the metabolic response to the ingestion of the aforementioned proteins. Whey, in fact, guarantee, within a few minutes of their introduction, a significant glycemic peak (probably supported by the gluconeogenic action of some amino acids), followed by an insulin peak. This rapid metabolic response, decidedly reduced for caseins, could in part be responsible for the increased anabolic capacity, considering however that an important action in these terms is determined by leucine and its metabolites, capable of increasing the expression of some factors cells involved in the enhancement of protein synthesis.
These properties, accepted and described in detail by the scientific world, inevitably affect body composition, becoming responsible for that effect much sought after by athletes of various disciplines: muscle hypertrophy.
Several evidences, in fact, show how following supplementation with whey proteins and programmed physical activity the following can be recorded:

Although hypertrophy seems to be the most characterized and studied effect to date, related to protein supplementation, it is important to remember how several studies are evaluating the effectiveness of proteins also for their:

It is very important to reiterate that these potential applications are not always associated with experimental evidence, and although some researchers prove it, they are regularly denied by other studies.

Recommended use by the company - Iso-100 Whey Protein - Dymatize

Mix one scoop (28g) in 200-250ml of mineral water or skim milk. Take once a day, preferably within one hour from the end of training and physical activity.


How to use in sports Iso-100 Whey Protein - Dymatize

Although all manufacturers are required to provide an indication of the dosages that can be used, it is important to consider them with due precautions. The general indication provided is in fact only a suggestion that must always be contextualized to the athlete's physical, athletic, physiological and nutritional condition. It is in fact important to develop integration protocols that take into account the user's needs, and that can optimize the results of proper training and proper nutrition. The indiscriminate use of these products, in fact, would not only result in the absence of any desirable benefit, but would also have the consequences of a series of side effects that would compromise both the health and physical quality of the athlete.
Therefore, after having planned an integration plan that takes into account the aforementioned characteristics, it is possible to suggest - on the basis of scientific studies - the timing of recruitment. More precisely, considering the kinetic properties of these proteins, it would be advisable to use them in the post work-out, where together with a source of carbohydrates, they could guarantee an optimization of the recovery processes intended both as glycogen synthesis and protein synthesis. The quantity to be used, of course, must be dosed on the basis of the total amount of proteins, considering that the best results would be obtained by reproducing a CHO / PROTEIN ratio of 3: 1.
There are also different timing of intake, which prefer lower dosages broken up during the day, but as in any case it is advisable to first test them on yourself, given the enormous inter-individual variability.
The intake should preferably be carried out on an empty stomach, and continued for at least 8 weeks (at which time the first noticeable effects are observed).

Proteins + antioxidants: the association of antioxidants seems to enhance the protective effect of proteins during intense physical activity.
Proteins + CHO: seems to be the most effective combination ever. In the pre-competition, suitably combined and choosing the most suitable source, carbohydrates can support performance and improve the energy properties of the muscle; in the post-work out, however, they can optimize the recovery and growth process.
Proteins + Creatine: always combined with carbohydrates, taken in the post work out, they seem to improve the increase in lean mass, even if not all studies agree.

Known are the long-term side effects of a diet too rich in protein or amino acids; damage to the kidney, dehydration induced by increased urinary secretion, liver or kidney suffering, lipidemic alterations and related associated pathologies, tissue acidosis and bone demineralization, are just some of the consequences of an unbalanced diet over time. Among the harmful effects deriving from a diet too rich in proteins, there is certainly also the increase in adipose tissue induced by the complex metabolic crossroads responsible for the energetic-functional coordination of the organism.

The product is contraindicated in cases of renal or hepatic pathology, cardiovascular disease and / or hypertension, allergies and autoimmune diseases, during pregnancy, during lactation, under 12 years and for adolescents not yet trained.
In case of prolonged use (over 6/8 weeks) the doctor's opinion is necessary.

This article, elaborated on the critical re-reading of scientific articles, university texts and common practice, is for information purposes only and therefore has no medical prescription value. It is therefore always required to consult your doctor, nutritionist or pharmacist before undertaking the use of any supplement. Learn more about the critical analysis of Iso-100 Whey Protein - Dymatize.