Is your life full of transitions or turning points? 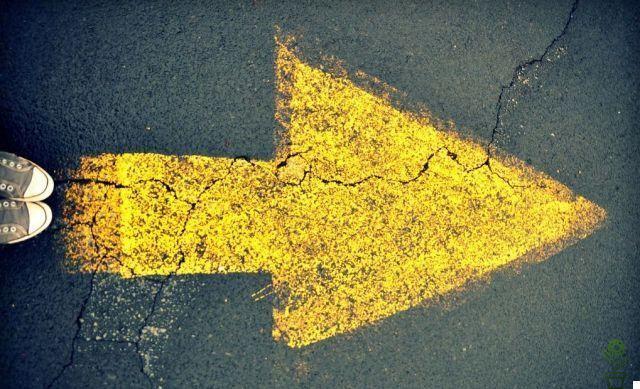 When you look back, when you look at your life as if you were an outside observer, you see gods turning points that took you on radically opposite paths or, on the contrary, you see some reads transitions that took you from place to place without generating major changes? It's not just a terminological digression. In fact, a study conducted at Lafayette College and the University of New Hampshire shows the role that both concepts play in our autobiographical memory.

What are transitions and turning points?

Look back and remember the first big changes that took place in your life, the first day of high school, entering college, when you went to live alone, when you spoke to your partner ... These psychologists asked volunteers in between the ages of 30 and 64 to do the same exercise. They had to describe the most important events in their life and catalog them as "transitions" or "turning points." Interestingly, all people tended to use the term "transition" for all those changes that, in a sense, have been determined by external circumstances or by other people. Conversely, the "tipping points" were where they had the greatest decision-making weight, such as choosing the university course. In addition, it was found that in many cases people did not notice these turning points immediately, since changes from an emotional or attitudinal point of view are appreciated only later, with the passage of time.

What role do both memories play in our autobiographical memory?

Our autobiographical memory is a kind of novel, a story that follows a common thread in which many scenes and characters appear. But when we tell our life, we usually try to keep a logical order, we give it coherence. In this sense, transitions help us create that organization. When asked to summarize our life history, we often refer to events cataloged as “transition changes.” Conversely, turning points are the most significant points in our history. Often we do not even mention them in the summary, but if we are asked which facts have marked our destiny, those turning points will come to mind, because they are the most important basic memories that made us change. they become a kind of context in which we organize our memories, as if they were the background of a landscape without which nothing would make sense. But the turning points are the most important features, without which this landscape would not be so unique and special.

Make sure you have turning points in your life

Transient changes are important, and many of them are inevitable, like going to elementary school. But if you want life to truly have a unique flavor, if you don't want to regret it as the years go by, you should make sure you have tipping points. carried away by emotions - Take control of your life and decide what you want to do - You leave fear behind and you set out to discover new things In fact, turning points lead us to make a sea change, whether it is in the way of seeing life or in the way we relate to ourselves. Thanks to them, we can expand our “I” a little. Of course, sometimes these turning points are painful, especially because we have to leave behind us ways of doing or things we were fond of, because they represent a break with the past. But the potential they offer us is worth it.
Revenge is a dish best not to try ❯

add a comment of Is your life full of transitions or turning points?