Is wine good or bad? 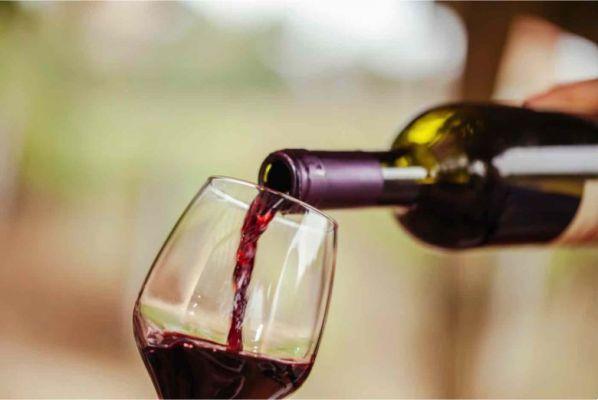 "By drinking, men get better: they do good business, win causes, are happy and support friends": this is what Aristophanes, an ancient Greek playwright said, about wine.

And who does not know the phrase of our grandparents "Wine makes good blood", which actually has never had a scientific basis until now. But recent studies have actually shown that it doesn't hurt that much.

"Drink without excess, drinking good wines obtained with the right techniques, not on an empty stomach but together with a nice plate of pasta, cereals and vegetables, typical dishes of our Mediterranean diet - not only is less harmful than spirits, but also good for your health”: This is Confagricola's comment on the latest Istat data regarding the use and abuse of alcohol in the country.

A moderate and intelligent use of wine can therefore give its benefits to our body.

Furthermore, the study conducted by the Conegliano CRA in collaboration with the Human Nutrition Selection of the University of Tor Vergata in Rome has shown that if produced according to the precise rules and methods, wine can bring a whole series of positive factors. .

Analyzing the different effects of wine consumption on the human body in combination with various foods, it has been seen how some foods would be able to activate genes that lead to detoxify the body. And if these foods are accompanied with richer wines (such as organic wines) in healthy micronutrients, the result is enhanced.


READ ALSO RESVERATROL IN WINE AND THE FRENCH PARADOX

Without forgetting that alcohol abuse is highly harmful to health, it is also true that too much is often done confusion between wine, spirits e binge drinks, forgetting that wine also contains nutritional and healthy substances and that habits and behaviors are also fundamental in consuming it.

Also a university el paesena, that of the chemistry faculty of the University of Calabria, experimented with some cell cultures, identifying that the Red wine had positive effects on health, discovering that in the skin and seeds of grapes there are substances that dissolve the blood and vasodilators. In short, a proof of the beneficial influence of red wine, consumed in moderation, on blood circulation at the level of heart and brain vessels.

Wine is not only good for the heart but also forulcer. Also a university research of the University of Siena commissioned by the National Association of Wine Cities analyzing 13 wines from different regions and the country and the researchers of the Department of Environmental Sciences of the University focused on the effects against theHelicobacter pylori and against free radicals: the results of the study show that all the wines tested are active against Helicobacter, a bacterium that causes ulcers and is a risk factor for gastric carcinoma and lymphoma.


I Sicilian wines they have proven to be the most effective against this bacterium. "An abundant glass of wine with a meal - says Professor Daniela Giachetti, head of the Pharmaceutical Biology section of the department - is sufficient, as the data from our survey show, to produce a beneficial and protective effect on the gastric mucosa".

From the editorial staff of Yes.life

add a comment of Is wine good or bad?