Is protein bad for you? 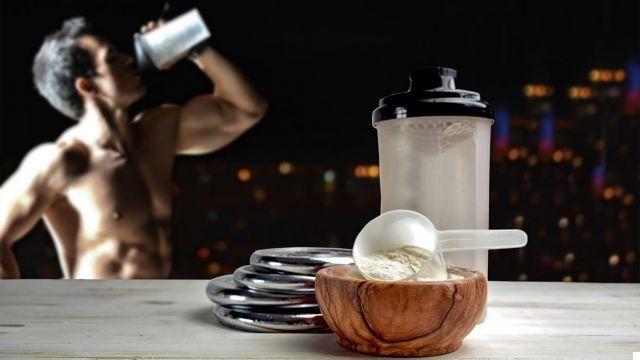 The correct protein intake is a very controversial topic due to the "hypothetical" possible risks of consuming too much protein in the diet; however, in the current state of scientific knowledge, many of those problems that are attributed to the high protein intake are actually real distortions.

The contents are particularly convoluted when the subjects in question are athletes who try to understand what the ideal intake of proteins must be to improve their performance: aware of needing a greater intake of the sedentary person, they are however frightened by the voices that foment the fear of abusing this nutrient.

By carefully analyzing the topic of excess protein, we must first define the concept of "too much": this term is not a precise measure and in fact there is no precise quantity that justifies the adjective "too much", which certainly varies from subject to subject but which is constantly mentioned, not to say abused, by phantom nutrition experts, who too superficially generalize the concept by saying that "too many proteins are bad". The reality is that by analyzing all the main risks that are accused of excessive ingestion, based on what the scientific literature demonstrates, it turns out that none of the dangerous ailments generally mentioned have ever really been demonstrated.

Scientifically analyzing these problems we can argue that, according to some scholars, a high consumption of proteins determines a reduction in bone calcification. This effect is related to the fact that animal proteins contain many sulfur amino acids, which increase the release of calcium from the bones; however, there are studies that show that this theory needs to be revised, as several studies have shown that the bone density of protein users is similar to that of moderate users, and that the former are less prone to fractures than the latter.

Some believe that excessive protein consumption leads to kidney damage. What has been shown is that protein consumption modifies kidney function, but this is considered by the most accredited scholars of the subject to be a natural physiological adaptation. The hyperfiltration observed in patients and animals subjected to high protein diets is only a natural adaptive process, which carries no additional risk.

Some studies on athletes who usually have a higher protein consumption, also associated with the use of amino acid and creatine supplements, do not show a higher incidence of kidney diseases compared to individuals subjected to diets with a lower protein intake. One of these studies analyzed the effects of a daily intake of 2,8 g / kg of weight without highlighting particular consequences in the kidney (Poortmans et al.). For this reason, many scholars believe that the high protein intake does not involve a greater risk of incidence of kidney diseases. According to several research institutes, there is insufficient data to state that protein consumption in healthy people should be limited to 15% of the total calorie intake, as is generally suggested by the media and some nutritionists. According to these institutes, the protein intake can reach 35% of the amount of calories ingested. Some studies show that people with kidney disease have difficulty eliminating nitrogen, so they need to reduce their protein intake. In case of overt pathologies there is a actual risk of excess protein leading to worsening of the kidney condition. However, this does not mean that proteins damage the kidneys in healthy people, because the available data find little correlation between the two. In them, the increase in protein consumption may simply require an increase in water consumption to promote diuresis.

Possible liver damage resulting from protein consumption has not been found in any scientific studies. Obviously, those suffering from liver diseases such as cirrhosis, liver failure, hepatitis, etc., must follow a special diet and must reduce the consumption of proteins as the diseased liver is not able to metabolize them properly. People who do not have liver tissue damage they have no problems of this type.

The possible risk of gout is actually not strictly related to excessive protein intake but to excess purines (nucleic acids), abundant in offal, fish and meat - but not only. The cause of this pathology is due to an accumulation of uric acid, which is abundant in the cells but not in the proteins themselves. By taking proteins from milk, eggs or supplements you avoid the accumulation of nucleic acid metabolites.

Other presumed negative effects linked to excessive consumption of proteins are the risk of incidence of cardiovascular diseases identified in large consumers of red meat. In reality, the problem is strictly related to the presence in these meats of saturated fats and not to their protein intake, so even in this case it is not the proteins that pose health risks. In practice, all the possible risks attributed to the intake of high quantities of proteins are not found in the scientific literature. Finally, it is important to remember how many researches show that increasing protein consumption at the expense of carbohydrate and fat intake favors weight loss and how important it is to increase protein intake in case of intense physical activity, as the body consumes and damages these molecules during activity.

Audio Video Is protein bad for you?
Protein Pasta with Vegetables - Pasta for Diabetics ❯

add a comment of Is protein bad for you?