Is Manitoba flour bad for you? When and how to use it 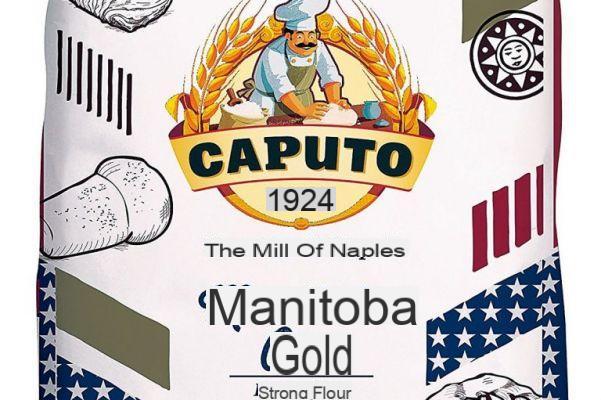 What is Manitoba flour

This variety of wheat is essentially the same as the classic wheat except that it contains a high percentage of protein until it has a composition of 18% in proteins.

This massive protein presence makes the grain of wheat very resistant to cold which in such cold lands allows the survival of the seed fallen to the ground after the death of the mother plant.

After the winter, thanks to the presence of proteins that have protected it from low temperatures and frost, the seed is able to germinate in the seedling.

Currently on the market we find that all flours with high protein content are sold as farine manitoba this "farine forti" even if derived from other cereals.

However, the real Manitoba flour derives from the grinding of this grain grown in the Canadian locality of the same name Manitoba. Manitoba flour is also known by the name of "American flour".

Manitoba flour contains a lot of protein and therefore it is very rich in gluten that's the specific name for one of the wheat proteins.

A flour rich in glutein and gliadin allow the formation of a dense network and the formation of very resistant bubbles that hold the air during leavening with the resultant of a soft and perfectly swollen dough.

This effect is highly sought after for the production of baked goods long leavening since normal flours deflate after some time and are unable to continue rising.

In technical jargon we speak of bread making index identified with the letter W which serves to classify precisely the yield capacity in the leavening of flours. Manitoba flour has a W of 360 while 00 flour is half with 200 W.

Furthermore, Manitoba flour has another excellent characteristic which consists inabsorb a lot of water up to even 80% of its weight and this becomes another excellent property for the production and preparation of baking recipes.

Finally, even if it is defined as a strong flour it has a composition almost equivalent to normal wheat flour 00.

Manitoba flour is mainly used in industrial bakery for the preparation of both sweet and savory long leavening recipes.

Even at home we can experiment with recipes with Manitoba flour that we can buy in any supermarket even if it is always essential to read the product label to know its origin.

The choice of origin of organic farming will always guarantee higher quality and greater controls on the product.

Finally, Manitoba flour, being rich in gluten, is used to produce seitan. This is a food widely used in vegan and vegetarian diets that is cholesterol-free and low in fat but rich in protein. It is usually used as a meat substitute in vegetal and vegan diets.

Why pay attention to the use of Manitoba flour

Manitoba flour contains a lot of gluten which for some people is harmful to their health. Those suffering from celiac disease cannot absolutely use this Manitoba flour which would become a toxic element within their body.


In addition, many people have become sensitive to this wheat protein and therefore must avoid eating foods that contain gluten. Those who suffer from food intolerances often discover precisely the gluten sensitivity and therefore the manitoba flour cannot be used by these people.

For other people we recommend themoderate use of manitoba flour precisely due to the widespread use of wheat in food products. L'modern food in the country too often uses wheat flour alone and therefore subjects the population to continuous contact with gluten.

Much more indicated and advisable is to choose different cereal flours and vary the recipes as much as possible. In practice, it is good to alternate days in which we eat gluten with days in which we use gluten-free products.

Another observation to make is related to flour refining. In fact, on a nutritional level, the more refined a flour is, the more it loses precious nutrients that are essential for our health.

Just as the use of 00 flour is not recommended because it is too refined, so the use of Manitoba flour must be moderate since the refining process is practically identical.

The previous advice of alternate the flours preferring those of whole grains and diversifying the choice of grains themselves.

Finally, the typical recipes with Manitoba flour are often rich in saturated fat, many sugars and cholesterol as for example in panettone and pandoro.

In this case it is certainly not the manitoba flour that gives problems but it is these others ingredients that cannot be included in the daily diet. Obviously during the holidays they will be a real delicacy but in the daily diet they are to be avoided.

Audio Video Is Manitoba flour bad for you? When and how to use it
Okra, properties and benefits ❯

add a comment of Is Manitoba flour bad for you? When and how to use it