Is dying for love possible? 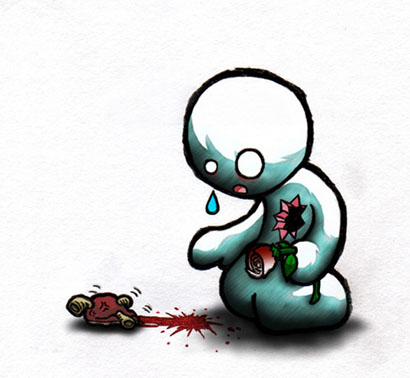 The first image that comes to mind when thinking about the possibility of dying for love is probably that of Romeo and Juliet, but perhaps we discard it immediately because it seems unlikely. However, the couple that didn't really exist inspired many impossible love stories and even today, in the city of Verona, the house of Romeo and Juliet represents a bastion of love that people from all over the world land on, especially on February 14. In full compliance with the literary license of Shakspeare's work, researchers at the Sydney School of Medicine have concluded that dying for love is more common than imaginable. Analyzing the experiences of eighty adults who had suffered the loss of a loved one recently, they observed that they were more susceptible to suffering from heart ailments than those who had maintained some emotional stability during the same period of time. emotional effects seriously affect people's bodies by producing changes such as: an increase in blood pressure, an alteration of the heart rhythm and a decrease in the resistance of the immune system. This state of suffering as a consequence of the loss of a loved one characterized by depression, anxiety and anger, ends within approximately six months, but within this period some widowers die or develop heart disease. as it has been called simply this reaction to the loss of a partner generates symptoms similar to those that occur before suffering a myocardial attack. In technical jargon, the scientific name is "Tako Tsubo Syndrome" and is essentially a cardiomyopathy of a much broader etiology characterized by a transient and sometimes severe systolic dysfunction of the left ventricle which also brings with it chest pain and dyspnea . It is usually preceded by violent psychic or physical stress and is more common among women. Coping with a stressful situation using inappropriate strategies characterized by anger and irritability increases the chances of developing cardiovascular and cerebrovascular diseases. Thus, the need to develop a certain elasticity and change our way of understanding the world is increasingly highlighted and therefore use an approach that includes change as an essential part of life.

Nasty Effect: Why should online comments be moderated? ❯

add a comment from Is dying for love possible?