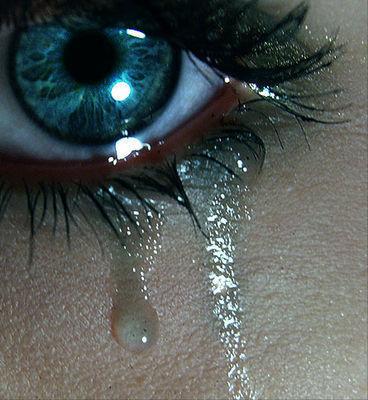 A fairly generalized popular belief teaches us that the cry it comforts us and offers us comfort in particularly difficult situations. Even if sometimes science intervenes in confirming popular wisdom, it is certain that this time scientific research offers us quite contrary information: crying can contribute to increasing stress and the arousal reaction of the autonomic nervous system. Who to believe? How many times have we experienced the cathartic effect of crying on our skin? The answer is not simple: the alleged calming effect of crying depends on the context in which the person meets, on his personal characteristics, on his emotional state… and so on. Some psychologists at the University of South Florida have tried to analyze the greatest number of factors that intervene to verify or not the "therapeutic" effects of crying. With this aim, they carried out a bibliographic review of at least 15 previous researches related to the topic. The first inconsistency they encountered was: when people were asked to recall an episode in which they had cried in the past, and later, if crying had been of any comfort to them; 70% answered affirmatively. However, a very different effect was observed when crying was induced in the laboratory (through film screening or a source of dramatic content) as people rarely described crying as comforting and psychologically restorative. Those who cried (in the lab) felt worse and more touched than people who did not cry. Because? A possible explanation could be found in the context in which the crying occurs. It seems that this is most gratifying when it induces the social relationship by acting as a "relational remedy"; however, when people cry in a cold environment where there is no social interaction, crying can contribute to a worsening of mood or cause shame and embarrassment. Put simply, when we cry and this helps us get closer to a person or get their attention then the crying has a therapeutic effect. The researchers also discovered that certain personality characteristics, as well as the existence of a psychopathology, affect the cathartic and "liberating" power of crying. People who are alexithymic, depressed, or anxious usually see their mood deteriorate after crying. Another possible explanation for the different effects that crying can produce can be attempted to glimpse it through the analysis of the different types of crying: - Protest cry: characterized by high tones, usually accompanied by shouts and whose main purpose is to bring out the situation. - Sad cry: it is a silent cry destined to create new bonds after a loss. - Separate crying: characterized by the absence of tears which indicates extreme despair. It is suggested that the effect of crying on the person depends on the form of crying since the crying itself would be composed of two phases: in the first (when it begins), the same would have a stimulating effect by increasing the heart rate, but soon after. (second phase) would have a calming affect starting from the reduction of the respiratory rate. Only sad crying would cause an improvement in mood since it would immediately pass to this second phase. Until now the ideas are many but still the scientific background that supports them is very poor so that, to obtain conclusive ideas, we will have to wait for new studies.

Crying does not mean being weak, but being alive ❯