Iron supplements, what they are and when to take them 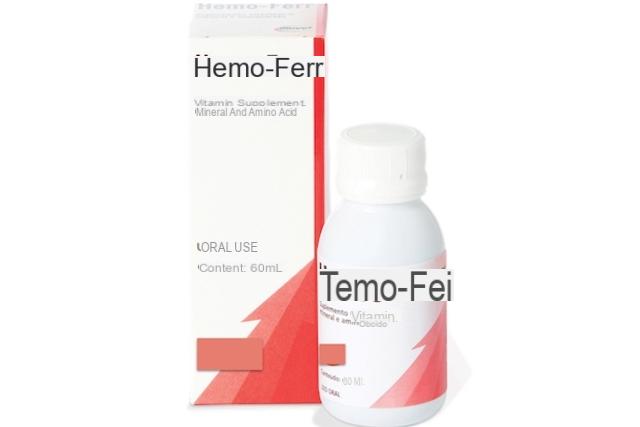 What is iron and what is it for

Iron is a mineral present in our body, where it intervenes in fundamental processes for biological functions. Although our body only contains 3-4 grams of iron, this mineral salt is considered essential since its deficiency is capable of substantially compromising the physiology of the organism.

Most of the iron - around 65% - circulates in our body bound to hemoglobin, a large protein found in red blood cells and deputy to oxygen transport to and from fabrics.

Minor odds, equal to about 10%, are contained in myoglobin, a globular protein similar to hemoglobin but present mainly in the muscles. Iron bound to hemoglobin and myoglobin is said iron eme.

The remaining amount of iron is deposited in the liver, in the spleen and bone marrow, where it is bound to ferritin and hemosiderin, and a small part circulates in the body bound to transferrin.

Iron is indispensable to transport oxygen to every cell in our body, as well as in other processes including collagen synthesis and nucleic acid metabolism, ie DNA and RNA.

We get iron from alimony, where it is present in variable quantities and with different bioavailability and thanks to the daily and physiological destruction of red blood cells.

The foods richest in iron are those of animal origin, in particular liver and meat, crustaceans and molluscs, where it is found iron eme. Hemic iron is absorbed in the intestine as is and is considered highly bioavailable.

Good amounts of iron are also present in legumes, in dried fruit and spinach, although in this case it is absorbed with greater difficulty. This happens because in the foods of plant origin, iron is found in its oxidized form or stably bound to phytates, oxalates, citrates and other molecules.

In order for it to be absorbed, it must first be freed from these antinutrients and reduced. This process is favored by the presence of reducing molecules, such as ascorbic acid, which is why it is recommended to consume iron-rich plant foods combined with rich sources of vitamin C.

The daily iron requirement is established at 10 milligrams for men and 18 milligrams for women. Although these are small quantities, it is estimated that the iron deficiency is one of the most common worldwide.

Iron deficiency manifests itself with fatigue, asthenia, headache, neuralgia and, in severe cases, can cause palpitations, blood circulation disturbances, nutritional anemia and increased susceptibility to infections.

Iron deficiency can be caused by a reduced intake of this mineral through the diet, for example in vegetarian and vegan diets, but a deficiency can also occur following excessive blood loss or due to intestinal disorders, including diarrhea, which reduce its absorption.

Even the consumption of certain drinks, such as tea, coffee, and alcohol, do matter negatively on iron absorption.

It must then be taken into account that the need for iron can increase and even double in certain situations or periods of life, for example during growth, during pregnancy and breastfeeding, when engaging in intense physical or sporting activity, in case of heavy menstrual cycles and in the elderly. In these cases, aintegration of iron to cover the needs of the organism.


When and how to supplement iron

As we have seen, in some situations the diet is unable to provide adequate amounts of iron, either because it is deficient or because the need for iron may increase. If you suspect you may have a iron deficiency, in order not to run into a serious deficiency of this mineral it is useful to consult your doctor or nutritionist and evaluate with a professional the possibility of resorting to supplementation.

Iron supplements are readily available in pharmacies and parapharmacy in various formats and cover different percentages of daily needs.

Ferroguna is for example a supplement  that provides 100% of the iron which the body needs in a highly assimilable form and associated with vitamin C e copper which favor its absorption and transport. It is a buccal powder in sachet, with a pleasant taste and well tolerated by the gastrointestinal system.

Its formulation is based on:

Ferroguna is particularly recommended as nutritional support in cases of:

Audio Video Iron supplements, what they are and when to take them
Raven pear, forgotten spontaneous fruit ❯

add a comment of Iron supplements, what they are and when to take them