Iron deficiency, mainly caused by an improper diet, can cause fatigue, dizziness, shortness of breath and hair loss. Let's find out better how to cure it.

> How to integrate iron deficiency with nutrition

How iron binds to oxygen in the blood 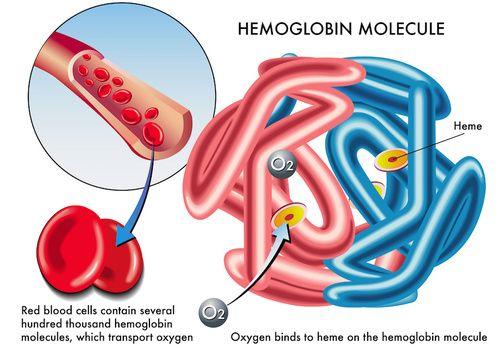 The ore iron it is a fundamental part of hemoglobin, an essential molecule for the transport of oxygen in the blood and towards all organs.

An iron deficiency can cause anemia, which is synonymous with few red blood cells in the blood, although this term can refer to different types of diseases, from the most to the least serious.

The amount of iron present in the body can be regulated above all at the level of absorption, while the elimination is relatively constant (0,8-1,5 mg per day) and occurs mainly through the faeces, small intestinal or skin bleeding, through the bile and urine.

Daily iron losses are individually variable, frequent mainly in women, during the days of the menstrual cycle or during pregnancy. The absorption of the mineral, in the intestine, varies according to the need that each individual organism has for iron.

Iron deficiency it manifests itself through symptoms such as tiredness, paleness, dizziness and ringing in the ears, rapid heartbeat, weak and frequent pulse, shortness of breath.

In the long run, iron deficiency can also lead to a lowering of the pain threshold, a poor regulation of body temperature, an increase in hair loss, a decrease in the concentration and efficiency of the immune system, which becomes more vulnerable to infections.

The causes of iron deficiency

There may be various factors that predispose the person to an iron deficiency. Among these, the main one is represented by diet. A reduced iron intake can, in fact, be the direct cause of iron deficiency, when many whole grains and vegetables are consumed, for example, or when foods are badly combined; if, for example, you consume little meat or fish, you need to supplement iron through other products or redistribute food properly.

Of the iron circulating in the body, only about 25% of that present in animal foods and about 8% of that contained in plants is actually absorbed.


Considering this, it can be said that on average our body needs 8-15 mg of iron per day. How do you go about taking it?

Here are some foods that can help: lean meat; legumes; especially beans; blue fish, such as sardines; cereals or muesli with oats and nuts for breakfast. Freshly squeezed orange juice, lemon to be integrated freshly squeezed on meat or in a glass of water after eating legumes, spinach, chard or dark green leafy vegetables are valid measures: vitamin C greatly helps the absorption of iron.

Yes also to peppers, tomatoes, potatoes, grapes and kiwis. Please note: on the other hand, if there is a lack of iron in the diet, to take too much tea or coffee, to be consumed between meals. As well as avoiding dairy products: calcium slows down its absorption. Soy and walnuts in moderation. Iron absorption also decreases when taken together with foods such as eggs and bran.

A metal against anemia: iron!

Other articles on iron:
> Iron deficiency in the diet: how to remedy it

> Iron, effects of deficiency and excess