iPod: Does having one make us happier? 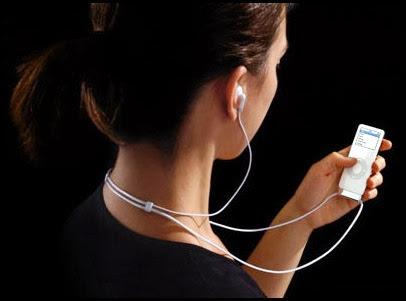 At this point I think no one can
say you don't know Apple, the famous
company that has transformed the world of communication with its devices
electronic. This company launches its products and they sell out
immediately in the market as if it were exquisite sweets distributed in front of it
to a school at the exit of the children. We even know of people passing by
a whole night in front of the Apple stores
to be the first to buy the new products just launched.

For this and other reasons, no it's strange
that psychologists took an interest in Apple's regulars and yes
are wondering if, for example, have a iPod
it makes us really happy. To attempt to answer this
Swansea University researchers asked, they recruited 241
volunteers, most of them aged between 18 and 25 years.
The aim was to evaluate the satisfaction they felt with respect to the breeders
of music they owned. 70% of the participants owned a
iPod while the rest had other brands of music players. To everyone
he was asked, among other things: how much he liked the very design of the
music player, if they judged others by the type of players they had,
if they felt connected to the people who used their own brand e
finally if they felt trendy. Of course, the degree of
satisfaction in the life that each of them led. The results showed a trend
very interesting. Among the people who owned a reader of a brand
other than Apple, the level of satisfaction in life was unrelated
to the brand. However, among those who owned a iPod, the level of satisfaction had a link with the brand. These results are consistent with the
theory that Russell Belk offers
in the 80s, according to which we consider some of our properties as
if they were extensions of ourselves. If we add to this that for i
younger music plays a very important role, since it is an expression
of their identity, we will be able to understand why having an iPod comes
directly related to the level of happiness. The study also found that those
who owned an iPod tended to spend more time listening to music, they considered
that their breeder helped them cope with the most boring activities and
they believed they were fashionable. Obviously, this study was
organized by making some methodological errors, since they did not come
check several variables. It also doesn't fully answer the question
that we asked at the beginning: can an iPod make us happier? In fact, it has already been shown that the
happiness that comes from objects is never lasting. When we buy a
object and this represents a novelty, we feel happy, but just there
we get used to using it this happiness disappears. However, in the case of the Apple products, countryside
advertising that was created to launch them in the market has them
transformed into desirable objects that represent a given social status and indicate that the
owner is hip. For this many of the owners of the iPhone, iPad or
iPods claim to feel a particular connection with other people who
own the same products. Of course, you shouldn't confuse the
happiness with the satisfaction that the use of a product offers. The fact that
a person believes he belongs to a small group or is trendy, not
it necessarily means that he is happy.
The bad habit of taking frustration out on others ❯

add a comment of iPod: Does having one make us happier?