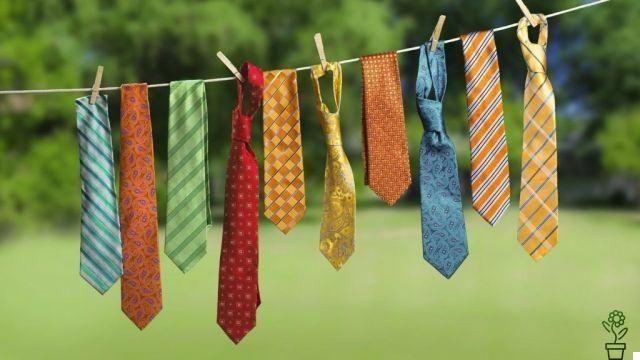 A few years ago, the concept of intelligence was very limited, it only included the ability to solve problems of a logical nature. However, with the emergence of the Multiple Intelligence Theory, suddenly the concept of intelligence has acquired a new dimension, extending considerably. So now, intelligence is understood as the ability to solve problems of all kinds, from linguistic problems to those of an emotional or interpersonal nature. In this scenario, a new concept is born that aims to produce a radical change in the way of thinking and making decisions: Intuitive Intelligence.Freud had already referred to this concept by stating that “when we make small decisions, it is always advantageous to be able to analyze the pros and cons. However, in vital matters, such as choosing a partner or profession, the decision must come from the unconscious, a hidden place within us. In the really important decisions in life, we have to let the deepest needs within our nature make the decision. ”What Freud referred to was that feeling of right or wrong, of pleasure or visceral rejection, which is generated deep within us and that sometimes we do not listen to give credit to reason.

What is Intuitive Intelligence?

The idea of ​​Intuitive Intelligence comes from the Canadian sociologist Malcolm Gladwell, who started from the concept of "thin-slicing". This sociologist argues that we are able to make sense of situations based on truly ephemeral experiences. Therefore, we also have the ability to determine what is most important in a very short time, even in the blink of an eye. This ability Malcolm Gladwell called it: “Intuitive Intelligence.” Intuitive Intelligence improves our decision-making ability to solve problems quickly. This is a concept that goes against the grain, because we have always thought that to make good decisions it is necessary to think carefully, not to be in a hurry and to analyze the pros and cons of the situation, but the truth is that in a society like ours where you it is an excess of information, having more data available is not always useful, at times it can even confuse us or lead us to inertia. In fact, we all know that when we have many choices, our brain enters a mental block, and being unable to handle so much data, it simply avoids deciding. some doctors were asked to change the way they diagnosed heart attacks. The idea was that they collect less information about their patients in order to intervene faster and take advantage of a couple of minutes of precious time. Then, they would have had to take their blood pressure and do an EKG, omitting all medical history data.As a result of this experiment, Cook County is now one of the best areas in the entire United States for pain diagnosis. Of course, convincing doctors was not an easy task, as this procedure went against established rules. Likewise, it will never be easy to get carried away by what we have always considered "intuitions" or forebodings, especially if we have to make important decisions that can decide our destiny. Therefore, Intuitive Intelligence would consist of nothing more than letting it emerge. on a conscious level everything we already know, in order to solve a problem and make decisions more quickly. It is not a question of reasoning but knowing how to listen to our unconscious and our emotions.In fact, while traditional intelligence involves a certain degree of reflection and elaboration, Intuitive Intelligence is based on the knowledge that we have accumulated over the years and that we keep in the unconscious. All this intuitive people know very well.

How reliable is Intuitive Intelligence?

Intuitive Intelligence has its basis in the emotional brain. It is the oldest part of our brain, and is responsible for managing the main stimuli from the environment. In fact, when we are faced with situations that we must resolve immediately, a series of images relating to the act in question are activated. In turn, these images recall emotional memories, painful or pleasant, which influence the decision to be made.For example, when we have to decide whether to give our partner a second chance, inevitably, memories of past relationships are activated in our mind. Those memories pass before our eyes, like a movie, and the balance tip moves in one direction or another. If the experiences have been positive, it is likely that we will decide to give it a second chance, if they are negative, perhaps we will not. This process occurs consciously, so we are generally able to explain the reasons for our decision. However, in some cases the process occurs unconsciously. Below the threshold of consciousness, a preselection mechanism is activated which takes care of examining the different options and deciding which ones will be sent to consciousness. In fact, this is the first selection mechanism, and it is responsible for bringing out only the most convenient options. Thus our rational brain will not be clouded by too many alternatives, by too many options that it is impossible to manage.However, this mechanism not only ensures that the rational brain works better and is not blocked, it also protects us. Our negative experiences are branded in our emotional brains. Therefore, the brain is responsible for excluding all those options that could harm us or reactivate, in some way, that pain.

Anyway, is this mechanism really effective?

Intuitive Intelligence is like a mechanism for decanting alternatives, where our emotional experiences from the past are essential. In the 80s and 90s, studies were carried out with nurses, doctors and businessmen who had many years of experience in their work, and it was noted that their first intuition very rarely failed. Of course, Intuitive Intelligence it is not a foolproof tool. But even so, it can be considered strategically useful when we make decisions where information is particularly confusing and we have no way of objectively evaluating the pros and cons of different options.

How to apply Intuitive Intelligence in everyday life?

In any case, it is always wise to learn to listen to emotions. In a world where reason has priority and where the mind works like a mathematical algorithm, it is sometimes appropriate to let the innermost desires surface.To achieve this, it is possible to implement these principles: 1. Thinking holistically, analyzing the situation at 360 degrees and not ruling out any possibility, however absurd it may seem at first. Later, when the time comes to decide, you will have some time to eliminate the alternatives, but before then it's important to keep an open mind. Learning to read between the lines, which means that not only must you think in terms of convenience, but you must also listen to our organism, the sensations aroused by the perspective of certain decisions. If you have never done this, it will be difficult at first, but as you get used to it, you will notice the small changes that certain decisions produce in your body. Pay attention to it, because the result is worth it.
Intelligence: Can it be trained? ❯

add a comment of Intuitive Intelligence: Deciding without thinking