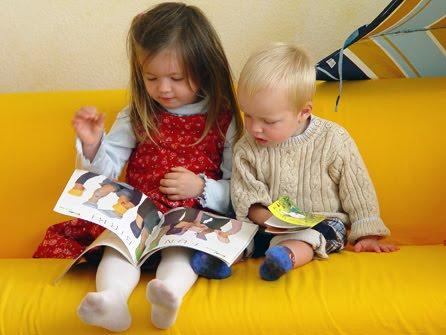 How much of hereditary and acquired goes to make up intelligence? This has been one of the central questions that Psychology has posed and in front of which there are many divergent positions: there are psychologists who assure that intelligence is of eminently genetic origin and others who maintain it is an acquired potential.

The issue becomes even more complex when it refers to the relationship between intelligence and the birth order of children. The journal Science has published an article on the subject in which reference is made to a research carried out by the University of Oslo and which analyzed the Intellectual Coefficient of a total of 241.310 young people aged between 18 and 19 years. Trying to eliminate from the data the variables that could affect the results of the intelligence test such as: the level of education of the parents or the number of members of the family; the researchers verified that the firstborn have an average IQ of 103,2 compared to 100,3 of the second born and 99,0 of the third. The same results were obtained in pairs of siblings who took part in the research and in girls or when the firstborn died and the second took on the role of elder brother. What does this research reveal to us? This study is added to a long list of data collected previously and which reveal a profound social determination of intelligence but… What is the explanation for this phenomenon? Normally when the first child is born, the parents offer him more attention, they are much more sensitive to his successes and difficulties; this would help enrich the child's vocabulary and reasoning ability. But this is only a hypothesis, there is another that postulates exactly the opposite: the second born should benefit more from the maturity and experience of the parents as well as from the stimulating activity that the older brother is supposed to possess; therefore, the search results would be incorrect. However, there is another explanation with which I fully agree: the eldest child with the assumption of the role of guardian of the youngest develops a greater maturity and obtains the reorganization of his cognitive processes. In other words, the role of teacher would benefit the teacher more than the student as it would allow him to hone the knowledge he attempts to convey. Thus, the first born not only develops a higher IQ, but also a greater discipline and autonomy; this also explains why younger siblings would tend to have more adventurous lives, play more dangerous sports and travel more frequently. As a curious fact, I would add that the Nobel Prizes were won by older brothers. Despite, beyond the statistics, I believe that these researches can be considered as a reference point but not as a yardstick for measuring and labeling people. Intelligence is a potential to be developed.