Intellectual Humility: The Key to Developing an Open Mind 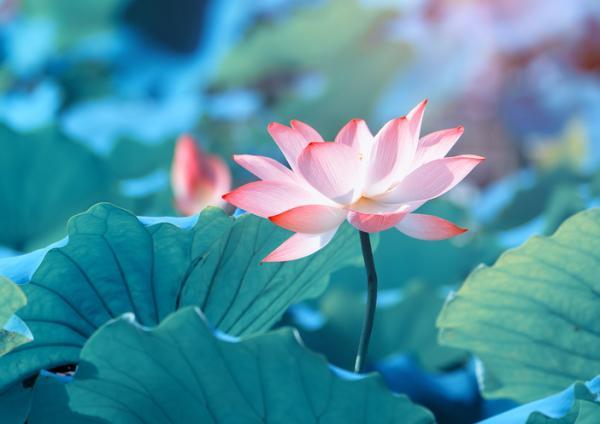 Benjamin Franklin knew he was smart, smarter than most of the people around him, but he was also smart enough to understand that he couldn't be right about everything. Therefore, it is said that when he was about to start an argument, he would say: “Maybe I'm wrong, but…”.

This simple phrase reassured people and positively predisposed them to listen to his message and be more open to disagreements, considering them as something non-personal. However, the sentence had a double impact because it also helped Benjamin Franklin to prepare himself psychologically to listen to new ideas, sometimes completely different from his own.

This form of intellectual humility and open-mindedness, so rare in our day, is not only essential to maintaining more assertive and constructive social relationships, but it also allows you to grow as a person.

Why do we need to develop an open mind?

"Men who have dehumanized themselves by becoming blind worshipers of an idea or ideal are fanatics whose devotion to abstractions makes them enemies of life," wrote Alan Watts to alert us to the danger of believing that we have absolute truth and try to defend blindly an ideal.

On the contrary, in life we ​​need a good dose of intellectual humility. Open mindedness is what saves us from social barbarism and allows us to progress on a personal level. An open mind is constantly changing and transforming, like a river that flows incessantly. A closed mind is blocked and, therefore, is the opposite of the incessant flow of life.

Like Benjamin Franklin, we need to be able to stand up for our ideas when we are sure of them, but we also need to be smart enough to admit we're wrong, listen to different ideas, and ultimately understand and accept other ways of seeing the world.


Only when we open up to new ideas can we learn. If we believe we have the truth in hand, we can only be sure that we will not move an inch from our position. Believing that we are holders of absolute truth implies condemning ourselves to stagnation. After all, you learn more by listening than by speaking.

Unfortunately, on many occasions we become our biggest obstacle to developing an open mind. We are victims of our thought patterns and our value system, which prevent us from conceiving another truth or reality other than our own. Out of simple selective laziness, we are more critical of other people's ideas than our own. In fact, an experiment conducted at Lund University showed that we are able to reject our arguments 60% of the time when presented by others.

Furthermore, due to the fact that we also hate cognitive dissonance, we tend to pay more attention to those ideas that reinforce our own while happily ignoring the contrary ones that question our view of the world or of ourselves and require deep inner work.

What is intellectual humility?

Psychologists have spent years trying to understand why some people stubbornly cling to their beliefs, even when they present irrefutable evidence to them that should persuade them to abandon them, and why others are able to adopt new ideas quickly. Trying to find the secret of the open mind, they then developed the concept of intellectual humility.

"Intellectual humility", unlike humility in a general sense which is defined by characteristics such as honesty, sincerity and selflessness, refers to the willingness to change, along with the wisdom given by knowing when to remain faithful to our position. It is a state of openness to different ideas, showing us receptive to new evidence.

Intellectual humility is also a commitment to the search for new ideas, even if these contradict ours, it means to commit to listening to others, preferring discovery to social status.

- Respect for other points of view

- Separate the ego from the intellect

- Predisposition to review one's own points of view

The psychologists of Loyola Marymount University add another characteristic: curiosity, which is precisely the trait that allows us to remain open to different experiences and points of view. The willingness to try new things helps us to open ourselves to other perspectives, sometimes radically different from our own, and to accept them as equally valid.

How to develop intellectual humility?

First of all, we must be willing to embrace change, which means recognizing that the ideas we took for granted yesterday may prove wrong or insufficient today. For this, we need to stop identifying with our thoughts and ideas. In this way, we will not take different ideas as an attack on our ego and we will be able to evaluate them rationally, without adopting a defensive attitude that raises walls instead of breaking them down.

To reach that level of intellectual humility, we must overcome what psychologists call our "blind spot bias". It is the tendency to ignore our cognitive biases and think that we are less biased than others. We have to admit that our opinions and those of others are just that, just opinions that may vary according to circumstances. So we will avoid the trap of intellectual self-centeredness.

Last but not least, we need to develop the child's attitude, this means nurturing the desire to know, to ask and not to be satisfied with the answers we get. Develop curiosity that allows us to go beyond what we have been taught or what we believe. Only in this way will we be able to develop the intellectual humility necessary to recognize our mistakes and take the biggest step of all: changing our beliefs for others that are more inclusive and constructive.

add a comment of Intellectual Humility: The Key to Developing an Open Mind