Insulin And Sport | All You Need To Know! 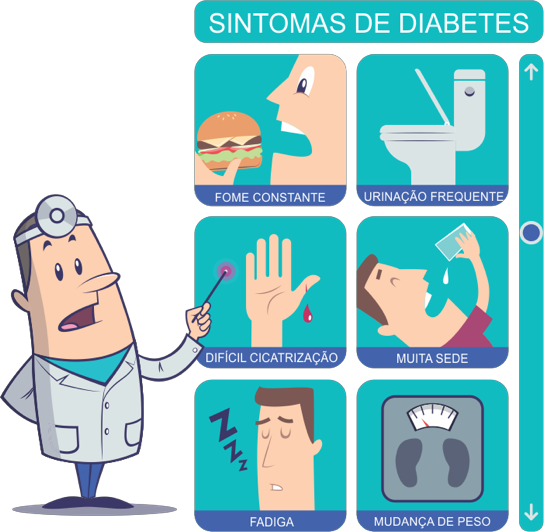 Let's start with a brief introduction on the basic concepts related to insulin and carbohydrate metabolism. Insulin is a protein hormone produced by cells located in the islets of the Langerhans of the pancreas (endocrine part) and is the main source of regulation of glucose homeostasis.

Its main action from a functional point of view is to signal the nutritional status of the individual and to promote the use of glucose by the different tissues, favoring its entry into the target cells. In the absence of the same following a load of glucose, this would remain in the circulation causing a gradual increase in blood sugar.

The transport of glucose into cells is mediated by a specific family of transmembrane proteins, the glucose transporters (GLUT). In humans we can distinguish two ways of glucose transport, a second gradient (diffusion) and a second counter-gradient (active). The active transport occurs substantially in the intestine and in the renal tubules through the use of ATP while the passive one does not need it since it exploits precisely the so-called GLUT.

When the insulin level rises (increase in blood glucose concentration) and will bind with its specific membrane receptor, the GLUT-4 will be translocated and expressed at the cell membrane level, favoring the entry of glucose into the cell.


The process of "translocation" from the cytoplasm to the plasma membrane is favored by muscle contraction, increased blood flow and hypoglycemic states that usually characterize long-lasting sports.

Similarly, the synthesis of GLUT 4 is stimulated by insulin and this phenomenon occurs more markedly during physical activity in order to make the cytoplasmic membrane much more receptive to glucose. This latter mechanism is mediated by the release of Ca ++ from the sarcoplasmic reticulum following the stimulus to contraction.

Any physical activity will cause a series of interlinked reactions that can lead to a change in the blood glucose level.

During the first few minutes of activity, following the increase in heart rate, the body will begin to use the energy deriving from the glucose reserves accumulated in the muscles in the form of glycogen.

When training continues over time, the glycogen reserves present in the muscles will gradually be exhausted and (also depending on the energy system used and therefore the type of physical exercise: anaerobic pathway and aerobic pathway) the body will begin to use glucose produced by the liver.

If the activity is aerobic and continued further (beyond 30 minutes) and the sugar reserves are exhausted, the muscles will be able to begin to use the fats present in the adipose tissue as the main energy source.

In order for glucose and fats to be used as a source of energy, our body needs the intervention of a series of hormones.


Glucagon, produced by the pancreas, stimulates the release of hepatic glucose, while adrenaline the breakdown of fat from adipose tissue. Therefore, the regulation of these hormones allows the management of the energy reserves in our body, allowing us to carry out sporting activities without problems.

The intensity with which it is conducted also modulates the plasma concentration of insulin, for example it has been observed that during physical activity conducted at increasing intensity (480% VO2 max) the decrease in plasma insulin is in the range of 4µU / ml in the first 30 minutes with a peak between 60 and 70% VO2max, while beyond this intensity there is an increase in concentration until it returns to basal levels.

These observations are fundamental in setting up training programs adapted to the improvement of peripheral insulin resistance, which is high for example in type 2 diabetics.

A further factor that influences the amplitude of the "pulses" is the individual training state, in trained subjects (aerobic exercise) there is a reduced amplitude of the insulin pulses probably due to the adaptation induced by exercise to skeletal muscle .

Furthermore, variations in insulin / counter-regulatory hormone ratios (GH, glucagon, adrenaline, noradrenaline and cortisol) are reflected in the intermediate metabolism of macronutrients and their utilization by skeletal muscle.


Let's start by saying that the muscle can use different substrates for energy purposes such as: glucose from glycogen, fatty acids, proteins and ketone bodies. The use of the same is regulated by the intensity with which the exercise is performed and the duration of the same.

Let's take a few examples: aerobic exercise with an intensity <40% VO2 max and long duration (> 40 minutes) favors the use of fatty acids as an energy substrate in the muscles (increase in succinic-dehydrogenase and citrate- enzymatic activity) synthase (Krebs) and modifications in the activity of mitochondrial oxidative enzymes).

Passing from a low intensity to a moderate intensity exercise (40-60% VO2 max) glucose deriving from glycogen-lysis and always fatty acids will provide the energy substrate finally exercises conducted at high intensity (> 70% VO2max) the ATP used for muscle contraction will derive from the anaerobic glycolysis of glucose from the hydrolysis of muscle glycogen.

By reconnecting the two previous speeches, we summarize the main effects of insulin during exercise.The increase in plasma insulin concentration favors the uptake of glucose in insulin-dependent tissues by increasing its translocation at the level of the plasma membrane, in the hepatocyte and in the skeletal muscle activates glycogen synthase favoring the accumulation of glucose in the form of glycogen.

At the same time it activates the hepatic glucokinase by channeling glucose for the production of glycerone and synthesis of triglycerides, in the adipocyte it finally promotes the use of glucose in the glycolytic pathways with the production of glycerol and the synthesis and accumulation of triglycerides also favored by an inhibitory action against hormone sensitive (dephosphorylated) lipase.

In addition to glucose, insulin appears to be able to increase the permeability to amino acids and to stimulate protein synthesis.

Studies since the early 90s report how the ingestion of carbohydrates, together with a protein source in the period following a workout (in particular "resistance training") is able to stimulate protein synthesis while preserving the net muscle protein balance (NBAL) (Houston ME, 1999; Kevin D. Tipton and Arny A. Ferrando, 2008).

A review on the use of carbohydrates in the post-workout of 2013, still confirms what has been said, underlining how the combination of a good protein source coupled with carbohydrates with a high glycemic index is able to stimulate and maximize protein synthesis by stimulating the insulin response.

The same authors underline that in reality the effect of insulin is not so much linked to direct effects on the increase of protein synthesis but to an inhibiting effect on catabolism and therefore on protein degradation, thus preserving the NBAL and possibly shifting the use of the protein load assumed in this phase precisely for anabolic processes (Vandré Casagrande Figueiredo and David Cameron-Smith, 2013).

Further confirmation of this comes from a study conducted by researchers at the University of Virginia Health Sciences Center.

22 adult subjects were examined and evaluated after amino acid infusion and in 10 individuals exogenous insulin in the other 12 IGF-I, to compare the effects with amino acid-only infusions. The results confirmed the above, an uptake of amino acids proved to be able to increase both hormonal responses and the previous considerations on the anti-catabolic effects of insulin and proanabolic IGF-I were confirmed (David A. Fryburg et al., 1995).

A further confirmation of what has been said is provided by a recent review (Trommelen J et al., 2015) which reports how from the studies published in the literature it can actually be deduced that a load of amino acids (hyperaminoacidemia) and insulin are able to actually stimulate protein synthesis but, as mentioned, insulin indirectly preserving the amino acid load for anabolic processes and how therefore the binomial carbohydrates with high GI and protein load in the period following training can have precisely this goal: to increase insulin for preserve and convey the amino acid load in muscle tissue by inhibiting catabolic processes and stimulating anabolic ones through the response mediated by IGF-I (stimulated by the same protein load and exercise, GH-IGF-I axis).

But again, another 2014 study conducted on mice with type 2 diabetes showed how with advancing age the insulin response decreased and how it was associated with decreases in muscle function and increased protein catabolism in the muscle, confirmed by the the fact that mice that passed from pre-diabetic states to states of normalcy over time significantly increased muscle volume and maximum running speed.

All mice with type 2 diabetes demonstrated increases in markers related to protein degradation (ubiquitin and proteasomes), suggesting that insulin resistance and chronic hyperglycemia may be sufficient to cause a decrease in muscle volume and function (Joseph E. Ostler et al., 2014).

Audio Video Insulin And Sport | All You Need To Know!
Pre workout supplements | What they are, dosage and side effects ❯

add a comment of Insulin And Sport | All You Need To Know!