Inside Einstein's Brain: What Was the Secret of His Intelligence? 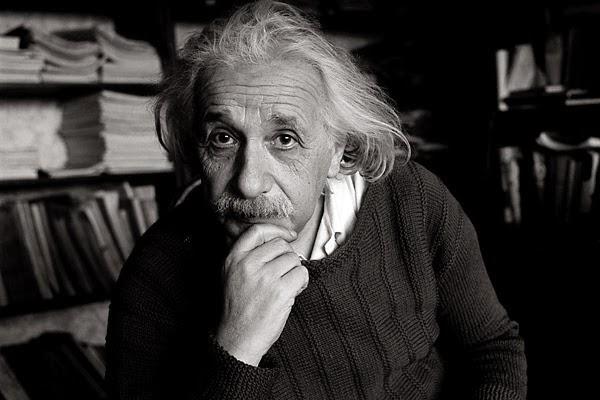 Over half a century after his death, neuroscientists are still searching for the secrets of Albert Einstein's genius. Almost immediately after his death in 1955, the famous physicist's brain was removed, dissected and photographed for further studies. The perpetrator was the pathologist who performed the autopsy, Thomas Harvey.

It is likely that Harvey did not have legal permission to remove Einstein's brain (much less to keep it in the cellar for decades), but the truth is that doing so made it easier for those who came later.

Now researchers at Florida State University have re-examined the photographs of Einstein's brain and believe they have found the key to his genius. These neuroscientists compared the corpus callosum of the brain (the bundle of fibers that connect the left and right hemisphere of the brain) with that of ordinary people.

Einstein's corpus callosum showed greater thickness in several sub-regions than people his age and even younger, suggesting that his brain may have had excellent connectivity between the two hemispheres. To understand the importance of the corpus callosum, suffice it to say that this plays a key role in creativity.

While one hemisphere is more creative and imaginative, the other is more logical and analytical. Since intelligence is nothing more than the ability to find original solutions that have a practical application, it is obvious that the better the connection between the two hemispheres, the easier we will be to find creative solutions.

Of course, this isn't the only study that attempted to uncover the secret of Einstein's intelligence by analyzing his brain. In the past some researchers also analyzed the number of neurons and found nothing strange, but later, a subsequent study found that the brain of the genius contained an unusually high number of glial cells.

Exactly, some neuroscientists from the University of California discovered that Einstein's left hemisphere, which is precisely the one linked to logical analysis, contained 73% more glial cells and that these were also present in the cortex responsible for the association. , an area involved in integrating information from different parts of the brain.

It is worth remembering that glial cells serve to support neuronal activity and it has recently been discovered that they can regenerate faster by taking the place of dead or damaged neurons, so that a high number of glial cells can not only improve. our brain function, but also prevent neurodegenerative diseases.

It is obvious that intelligence is not explained only by the volume of certain cortical areas of the brain, and Einstein's extraordinary mind was not due solely to the architecture of his neurons. The most plausible explanation is that Einstein had a particular aptitude for science, because, among other things, it is false that he did not do well in mathematics when he was in elementary school, much less it is true that he suffered from Asperger's Syndrome or any other pathology. psychiatric.

With the right stimuli, his brain was able to develop much more than that of ordinary mortals. In fact, today there are several people who have an IQ higher than Einstein's, but they have not managed to create something meaningful for humanity.

So, in a way, studies of the brain of someone we normally consider to be so far from our reality give us a dose of hope because they show us our amazing cognitive abilities and how constant training and passion can shape our brains as we get closer. more and more to our goals.

add a comment of Inside Einstein's Brain: What Was the Secret of His Intelligence?