Innocent Lies: Don't let them take away your right to the truth 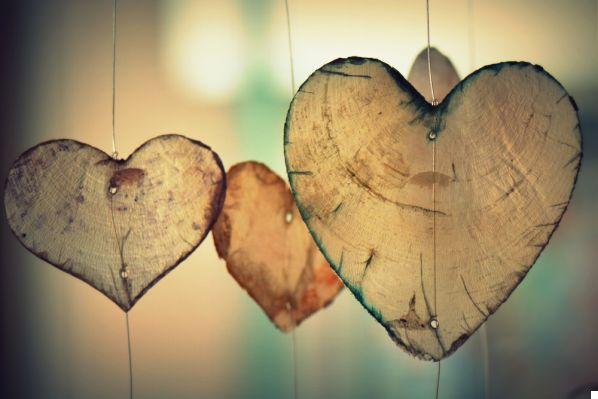 Nobody likes to be deceived. However, according to an experiment conducted by psychologists at the University of Massachusetts, 60% of people are able to tell an average of three lies every 10 minutes of conversation with a stranger. Of course, these are usually small lies and simple omissions of the truth, but the fact is that many people are also willing to tell "innocent lies" often.

Innocent lies are apparently justified deceptions because they aim to prevent another person from suffering. Someone decides to hide the truth so that another does not have to face a too difficult reality. However, innocent lies are not good and often have ulterior motives.

1. They imply condescending judgment. An innocent lie always implies that someone has decided for us that we do not have the necessary psychological resources to face the truth. When someone decides to hide reality for the "good" of the other, it assumes that that person is unable to assume certain consequences. Therefore, these types of lies always involve a judgment of our abilities, an evaluation that is not always adequate. In fact, it hurts many people more to know that someone believed they didn't live up to the truth or that they simply didn't deserve to know it.

2. They prevent you from making conscious decisions. Resorting to an innocent lie implies taking away from someone the possibility of deciding, perhaps even about his fate or an important event in his life. Obviously, deciding without knowing the reality is not good. When they lie to us or hide a part of reality from us, we are condemned to live in ignorance, an ignorance that can be very harmful and can produce consequences that we cannot anticipate. Thus, in addressing the problem, we will exclusively seek solutions to one part of reality, ignoring the rest. Of course, in these conditions, the solution we find will be a simple patch that won't help stop the bleeding.


3. They stifle feelings. There are situations that hurt. We cannot deny it. But no feeling is useless. Throughout our life we ​​suffer and cry for many reasons, all those feelings do not fall on deaf ears, but are part of our emotional baggage, they transform us into stronger and more sensitive people, they allow us to know each other better and help us change our path to head to a place where we are better off. In fact, the most curious aspect of many innocent lies is that they sometimes hide a truth that we already suspected, so in reality we continue to suffer, victims of unease and uncertainty.

4. They prevent you from growing. Innocent lies usually hide a problem. But the truth is that they are based on an erroneous concept of the word "problem", whose etymological root actually means "project". In reality, the problems are not negative in themselves, they are indeed an opportunity to grow and develop new psychological tools that we did not have before. Therefore, in many cases hiding a problem or lying to respect implies denying someone an opportunity for change and growth.

5. They harm us deeply. Even if it is accompanied by the adjective "innocent", it still remains a lie. And lies can do much more harm than the reality they try to hide, because the person feels deeply betrayed. As a result, there is a loss of trust and the relationship suffers. In reality, there is nothing more heartbreaking than a lie, especially if it comes from people we love and respect.

Do innocent lies serve to protect others or ourselves?

Sometimes we tell innocent lies to avoid conflict. Basically, we believe that the person is not willing to understand or accept our point of view, so we prefer to lie.

In these cases, with the innocent lie we are not only protecting the other, but also ourselves, we protect ourselves from an argument and we avoid damaging a relationship that is important to us. In fact, in many situations it is more practical and faster to resort to a lie than to use tact to tell a truth.

An experiment conducted at the University of Amsterdam revealed that people tend to lie when they can justify that lie to themselves. In this way a cognitive dissonance is not produced; that is, they can lie and, at the same time, continue to believe that they are honest people. Using the term "innocent lies" is more or less the same.

In this regard, a group of psychologists from Harvard University found that by the age of 7 children are already able to tell lies, and they tell them when they perceive that they will make the other person better. Interestingly, this ability arises at the same stage as prosocial behaviors appear, which suggests that innocent lies are also an adaptive social mechanism.

However, the truth is, we shouldn't be forced to lie.

The truth is that sincerity only hurts people who live in a world of lies. Sincerity in itself does not hurt, what hurts is reality. And we can't change reality, just hide it.

Obviously, there are people who prefer to live in a world of fantasy and falsehood in order not to have to deal with reality. In these cases, even if we do not share their attitude, we must respect it. However, we must also be aware that it is very dangerous to be drawn into their world.

Maintaining a relationship with these people, whatever the emotional bond that unites us, is very complicated, because we constantly feel ourselves on the razor's edge, on the one hand there is the lie that we do not want to tell and on the other the truth that we do not want to hear. . Obviously, these relationships are stressful, as well as false.

The truth builds, the lie destroys

We are all equipped with different psychological tools, some have a very well-stocked toolbox, others have yet to prepare it. But if we take away from them the opportunity to face the problems of life, we are also taking away the opportunity to grow and develop.

In any case, reality exists independently of our desires and does not fit our best intentions, so we do not have the right to decide which part of reality to tell and which to hide. We must remember that, even if it hurts, the truth always builds while the lie, when discovered, destroys.

add a comment of Innocent Lies: Don't let them take away your right to the truth