Inhale and Exhale | How to Breathe During Exercise?

I am always asked questions related to exercises, executions, repetitions, sets etc… I hardly see people who pay attention to something that is, by definition, vital: breathing.

Is it important to take care of it or is it just a refinement to be limited to elite athletes? Can it bring a concrete benefit that is worth more than the effort to be made to learn it?

Yes, definitely, we will see the whys and wherefores. 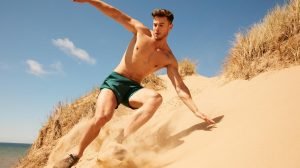 How do we breathe?

We generally know 3 types of breathing: diaphragmatic, thoracic and clavicular.

1. DIAPHRAGMATIC BREATHING: also called abdominal breathing. This is the most physiological type of breathing (used in fact during sleep).

2. CHEST BREATHING: this type of breathing uses the intercostal muscles, it is normally the most used in the waking state.

3. CLAVICULAR BREATHING: actually used very rarely. It involves the shoulder muscles and is usually necessary in pregnancy where the woman prefers to avoid pressure at the abdominal level for the health of the fetus.

There is no good or bad, mind you, they are types of breathing that lend themselves to different functions. But for exercise? So, the answer is: it depends. In exercises such as yoga, pilates, stretching or in any case activities that aim a lot at relaxation and concentration, slow and deep diaphragmatic breathing (in synergy with gestures) is the best solution.

Breathing: Breathe in and out during the exercise

It also has a significant advantage. For the beginner it allows to better understand the gesture and to establish immediately the feeling with the exercise and with the work in general [9].

However, this principle is subject to exceptions.

We see the first ones immediately. There are some exercises in which the muscles involved in breathing are functional to the gesture, so breathing must adapt to muscle synergy. Let's take some examples:

1. Lat Machine. The exhalation in the concentric phase prevents the expansion of the rib cage due to the contraction of the transverse abdomen and diaphragm.

2. Lateral Raises. Here, too, the exhalation in the concentric phase is not functional as it prevents the recruitment of the pectoral minor, the sternocleidomastroid and the trapezius, muscles that are synergistic to movement. 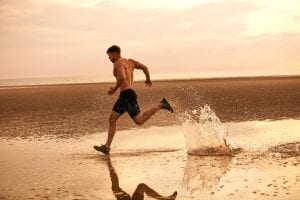 It is a forced compensation maneuver of the middle ear [1]. It is mostly used underwater and, with minor modifications, as a test of heart function. The name derives from the doctor Antonio Maria Valsalva who used this technique in the most severe cases of otitis in order to expel purulent substances from the middle ear.

The maneuver is exercised by contracting the abdominal muscles and, after closing the nose with the fingers, trying to force the tubes to let air into the middle ear. The effect is that of an increase in thoracic and intra-abdominal pressures, an emptying of the viscera and a decrease in venous return to the heart.


These characteristics make it useful in individuals subject to paroxysmal tachycardia crises as there is a stimulation of the vagus nerves that innervate the lungs. The result is a parasympathetic vagal stimulation that slows the heart rate (heart rate), this allows to block the crisis [6].

But in the exercise with weights?

Therefore, normally the advice is always to not hold your breath during the loading phase. This is because apnea could lead to serious problems, especially with exercises that involve the upper part of the trunk. Basically we are witnessing a compression of the veins, due to the increase in pressure inside the rib cage.

Well, you don't have to, it is logically an extremeization. We will now see why the Valsalva maneuver is very useful in exercising with weights [2] [3] [4] [5].

Especially in exercises in which the load acts at the level of the spinal muscles, the exhalation during the initial loading phase would increase the risk of injury to the spine and herniated discs. The state of apnea that we are going to use leads to beneficial (ie functional) consequences.

In fact, the increase in intrathoracic and intra-abdominal pressure leads to a play of forces such that the spine is stabilized and best bears the load [7].

I see people wandering around the gyms with their own belt without (obviously) understanding how it works. The belt must be used, it is not a tool that you put on to look bad and that works on its own protecting your back.


This is why Bodybuilding style belts (thick in back and thin in front) are not very functional. The belt must compress the whole core thus allowing to reach a greater intrathoracic pressure thanks to a "push" of the abdomen against it [8]. This work, you have already understood, is less efficient when the front is very fine.

So does it make sense to pay attention to inhaling and exhaling? Certainly yes [10], and the reasons are different:

1. A better learning of the motor pattern and the "sense" of the exercise

2. A better supply of oxygen on site, which has a positive effect on performance

3. A better muscular synergy that guarantees the correct involvement of the different target groups

4. In some cases, as we have seen, it allows for better safety at the spinal level.

Going to train means staying with your head, if you can't concentrate on the execution of the exercise .. there must be something wrong.

Audio Video Inhale and Exhale | How to Breathe During Exercise?
Insulin And Sport | All You Need To Know! ❯

add a comment of Inhale and Exhale | How to Breathe During Exercise?