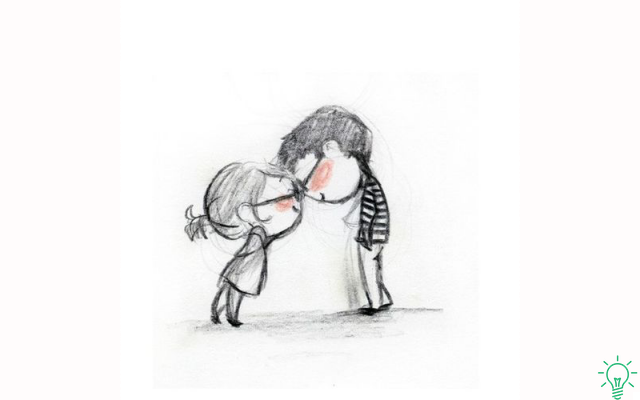 “It is better to give than to receive”, says a popular aphorism present in all cultures. And that's right, as numerous studies have shown that, in fact, we tend to be happier when we offer something, while the joy of receiving is more ephemeral.

It is the act of giving, not acknowledgment, that makes us happy

Psychologists at the University of Rochester have wondered how the couple's relationship affects giving and receiving. They then recruited 175 married couples on average for seven months, and explained to them that the experiment aimed to establish whether the Dalai Lama's idea that "compassionate concern for others stimulates our own emotional state" is true. .
For two weeks the participants kept a diary of their daily activities, in which they wrote about those situations in which they had to put aside their wishes to meet the needs of the partner. Furthermore, during the day they also had to describe their emotional state.

During the experiment, men and women received an average of 0,59 gestures of compassion or love per day and offered an average of 0,65. These gestures included expressing tenderness to the partner, showing appreciation for them, and changing personal plans to accommodate the other. Interestingly, women perceived fewer compassionate acts than their male partners.

Before starting the experiment, the researchers believed that it was essential for the recipient to recognize the donor's gesture so that the donor felt truly appreciated. Furthermore, they were convinced that the recipient felt better when the gesture was recognized by both sides. But it was not so.

Psychologists discovered that the person who made the compassionate gesture did not need to recognize the other. These people felt better and happier when they did something for their partner, whether or not he showed his gratitude.


However, those who received the act had to be aware of the meaning it represented for the other because only in this way were they able to obtain the maximum benefits. In fact, when there was no verbal acknowledgment of the gesture, those who offered it showed a 45% improvement in their mood, compared to those who received.

This experiment demonstrates that the simple act of giving, offering and giving up for the person we love is already a sufficient reward and has a positive effect on our mood. On the contrary, in order to feel better when we receive, we must be aware of the sacrifice that the other is making.

Giving too much can weaken us, we also have the right to receive

Of course, in a relationship it is also necessary to balance forces. If only one of the two offers, if it is always this person who cancels his plans to satisfy the needs of the other, there will come a time when this person begins to feel that this relationship does not fully satisfy him as it represents only a continuous renunciation.

Therefore, while giving is of enormous benefit to our emotional state, it is important that, when the time comes, the other person is also willing to do the same for us. It is worth remembering that it does not have to be a "settlement of accounts", the act of giving must be selfless, we need to perceive that we are reciprocated, loved and appreciated by the other person.

Vague Nerve and Anxiety: Everything You Need to Know ❯