If this has always been done there must be a reason! 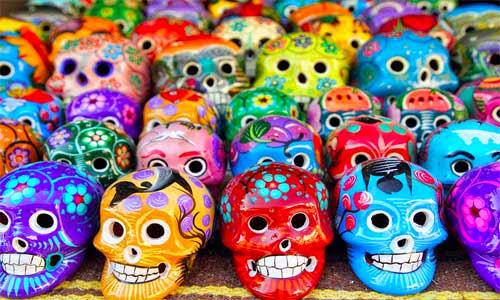 “Sesto Martínez did his military service in a barracks in Seville. In the courtyard of the barracks, there was a stool. Beside the stool, a soldier stood guard. Nobody knew why the stool had to be guarded. The guard was made because it had always been made, every night, every day, generation after generation the officer transmitted the order and the soldiers obeyed. No one ever questioned the fact, no one ever asked for anything. If this has always been done there will also be a reason ... And so it continued until one day, it is not known whether a general or a colonel, wanted to know the original order. We had to go backwards, analyze all the archives. And after so much effort, the truth was discovered. Precisely 31 years, two months and four days earlier, an officer had ordered to guard the stool that had just been freshly painted, so that no one would want to sit on the fresh paint and ruin it. "

This original story is found in: "Book of hugs”By Eduardo Galeano (I recommend it to all those who have not read it, among other things) and it is perfect for understanding how traditions are born and how they are handed down and, together with them, stereotypes and habits.

Victims of our traditions

Phrases such as "If this has always been done there will also be a reason ...", "it is a tradition" or "we in the family have always done this" are very common and it is also probable that at least on one occasion we have all used them to try to justify a behavior that we were accused of. However, these sentences contain an error known as "Argumentum ad antiquitatem".

The reference to tradition is a logical mistake, it implies that if something has always been done in a certain way over a long period of time, then it must necessarily be right or true. It is thought that the mere fact that it has always been done this way is more than enough reason to continue perpetuating the habit indefinitely, even if we do not know the initial reasons, and if they still hold true in the current circumstances.


According to this mistake, women should stay at home, take care of the house, husband and children, because it has always been this way in the past. Or a new idea may be wrong simply because no one has ever tried it before. Or that bullfighting is a respectable tradition because it corresponds to an ancestral rite.

People who fall into this fallacy do not realize that times have changed and probably the reasons that led to certain habits and stereotypes no longer exist. Therefore, the tradition becomes meaningless. Just because something is old does not mean that it is good and, above all, it does not mean that it has to be repeated over and over again.

Why do we cling to traditions?

As we grow, traditions integrate into our identity, they help to form habits that give us stability and make us feel safe, they help us build our comfort zone. Since most people lack the psychological resources to deal with uncertainty and often resist change, they tend to cling to what they know, to traditions.

It is interesting to note that the more society and the world around us change, the more we cling to traditions, and these are transformed into real lifeboats on which to climb into the stormy sea, offering us the certainty we need. Even when we perceive an external threat, we resort to traditions, because these are like the glue that gives meaning and unites certain communities or social groups.

Traditions, even when we don't know where they originated from, it's because we follow them, they immediately give order to our world and make us feel safe. This is why they are perpetuated.

The funny fact is that we can define the traditions of other peoples as "savage and barbaric", but we are unable to objectively analyze our own traditions. Since we were born with these we accept them without question.


Does this mean that we have to get rid of traditions?

It simply means that we must reflect on the relevance of "certain" traditions.

It means that we must not hide behind the phrase: "If this has always been done there will also be a reason ...".

It means that we need to be open to other options and the ability to change to adapt to new circumstances.

The alarm must be activated when, instead of offering logical and coherent arguments, we hide behind our position and do not want to hear reasons, when we assume certain habits without asking ourselves questions and without knowing where they come from.

Never forget that stopping thinking is very dangerous because there are always lurking those who are willing to think for us.

If you want to change, focus on what stays the same ❯

add a comment of If this has always been done there must be a reason!