Hypertrophy Card | How to Plan Your Workout

Prepare a training card, when you are a beginner, it is something extremely complex. We find ourselves in front of a jungle of variables, loads, repetitions, series, volume, intensity, recovery times ... for the more advanced we then think about TUT (time under tension), SOM (speed of movement) and on the insertion of different intensity tencichè.

The main problem in all of this is that the feedback on the effectiveness of the card is only in the long term. In other words, I cannot know at the weekend if the protocol works or not, I could instead find myself, within a month, in one stall, indicating that something is wrong. This problem often arises when you are just starting out, there is no experience with the variables and in particular on the way in which they are related to each other. Similarly, you don't know each other well and don't know how you will respond to a given protocol.

In this article we will focus in particular on how to plan a "hypertrophy tab“, But in general we want to think about the principles to be applied and give general guidelines to help even the less experienced to set up an effective program. 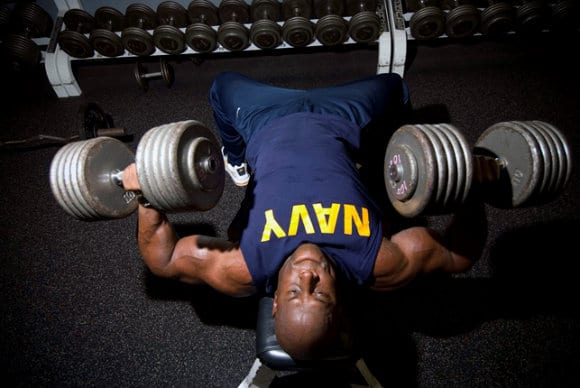 The first area to think about is that of adaptive components. Which ones do we want to implement? Which ones to work on?

2. HYPERTROPHY. Increasing muscle mass is the ultimate goal of sports such as bodybuilding, in others it is a prerequisite such as weightlifting or power sports, a more hypertrophic muscle in fact has a (relative) advantage in the development of strength and power. In other sports it is instead avoided (cycling, endurance or weight category sports where to get, ceteris paribus, with less hypertrophy / body weight, is an advantage.

3. POWER. It is the ability to generate a given job in a limited amount of time. We will work on power for sports such as throws (discus, weight etc ..), combat ones and many others. In general, given the dynamism of the various physical activities, it is the most requested capacity.

To work on the different variables you will have to set the card in a different way, but this is logical. Equally logical is that each component has its own transfer onto another. So by training the strength I lay the foundations for improvements in terms of hypertrophy and power, etc. We are here now to talk about hypertrophy, I realize it, but we will see that, precisely for this transfer, the various components play a key role in the set a schedule.

The first step to take is to plan the work from a weekly point of view. Obviously, the assumption would even be an annual vision, but these are trivializations. The "grand scheme" must always be kept in mind, it is true, but, given this, we must move on the basis of the answers we have, setting up a long-term program in advance is a gamble.


Therefore the Week. Based on this we will have to decide two aspects:

1. How many times will I train? In this sense, the general advice is to train at least 4-5 times a week, up to 6, time and condition permitting.

The fundamental thing is to work on the state of form, on athleticism, on the endurance of work. In various sports you train every day several times a day, Bodybuilding is no different in this sense.

2. Based on the frequency we will then have to choose the split that is the division by muscle groups. Bodybuilding involves particularly stressful work on a muscular level. While in other sports there is a differentiation of work based on the modalities (e.g. in football we will have technical training and muscle strengthening), in the gym we will vary based on the muscle or muscles trained.

We can set it on the basis of different aspects, so we can work in synergistic maneira (agonist muscles) or for kinetic chains (back-glutei-femoral), choose full-body routines too. There are many variables, in general I recommend adapting everything on the basis of the chosen frequency and the lacking groups. Which results in the give priority to these by training them after a recharge or in any case as the first muscle group of the session. 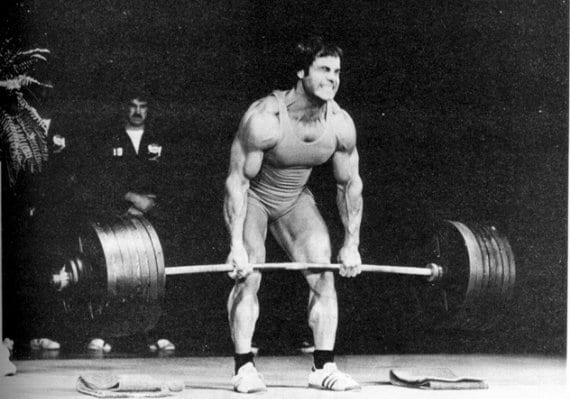 Second step (actually related to the choice of the split) is the one between mono and multifrequency. In this regard, in general, I would favor a multi-frequency. The monofrequency can be useful in case of active discharge or to decrease the volume of a particularly forward muscle district. Concept to take home: frequency should be thought of by muscle group, not in absolute terms. So I could very well have some muscle groups in multi-frequency and others in mono-frequency.

Ok, now in front of our session, we know the groups we are going to train, the order .. but we have to choose how to train them. In particular, we have other variables in front of us:

1. Here understood as total workload, we can think in terms of sets (series) of total repetitions or, even better, of total TUT (i.e. the total time the muscle will be under tension).

I recommend, we must reason both in reference to the single muscle and to the entire session. Larger muscle groups will need more volume. The latest evidence shows how Volume is primarily responsible for the increases in strength and hypertrophy (up to a point, it wouldn't be logical to train all day!) [7].

Here is an indicative table on the volume of work for the various muscle groups.

2. Intensity. Intended as load intensity, it refers to the lifted load. The greater the intensity, the less volume we will be able to perform, even if only starting from the number of repetitions per set.

3. Density. The volume for the same time. The denser the training, the less recovery we will have. Particularly dense workouts are typical of traditional Bodybuilding sessions. An increase in anabolic hormones has been correlated [19] which, although indicative of an acute anabolic response, cannot be considered a predictor of adaptations in these terms in the long term.

4. Recovery times. The shorter the recovery times between the series, the less we will restore energy supplies. This will result in a strong metabolic stress given by the accumulation of metabolites on site. Let's go back to the question of density, an acute anabolic response peak which, in the long run, tells us little and nothing.

Let's go and set everything together.

a) Choice of frequency based on availability and capacity, try to gradually increase it within logical limits.

b) Choice of split, groups lacking in multi-frequency, possibly even 3 times within the week, strong groups in single-frequency or multi-frequency if not too far ahead (as happens in most cases).

c) Choice of volume for each muscle group, higher volumes for the deficient groups and vice versa.
Choice of load intensity. We will then see in the next paragraph how to orient yourself, we tend to favor intensities higher than 70%, but we do not disdain “pure” metabolic and muscular endurance work at lower intensities.

d) Choice of recovery times, based on the intensity we want to maintain. So if we use higher intensities (with the aim of working on mechanical tension) the recovery times will have to be greater. That said I invite you to always seek the progressive decrease of the same in order to improve the recovery efficiency of energy stocks.

Volume, intensity, split frequency, all right, but how long to keep them like this? Little in truth. In fact, a fundamental concept is that of varying the stimulus [10] [11] [13], always giving something new within the various sessions so that there is always an "invitation" to further adaptation. This is clear on the basis of the principles of GAS (General Adaptation Syndrome) [5].

Let me be clear, this does not mean always doing everything different, in fact, one must always leave a basic component on which progress is being made (for example I try to implement the maximum bench press in 6 weeks, respecting a progression of strength but varying the other exercises of the session).

Let's see then how to vary the different components:

1. Decrease it in periods of active discharge but keep it roughly constant

2. Change it every 3-6 weeks looking for the solutions with which you are best (e.g. arms together or not?)

3. Decrease the total volume during unloading periods, for the rest change it within the week in the multi-frequency groups (e.g. one session with high volume and low intensity and the other session at high intensity and low volume) [8] [9] or every 3-6 weeks to those in single frequency.

4. Intensity. Same as for the volume, change it within the week for the multi-frequency muscle groups or every 3-6 weeks for the single-frequency ones.

5. Recovery times. Move according to the chosen intensity.

This is just an example but it is useful to clarify some of the possibilities we face. In reality, training is like musical composition, everything can be done, as long as there is a basic logic .. as usual, the conclusion is always the same .. Mix it up!

add a comment of Hypertrophy Card | How to Plan Your Workout