How to stop punishing yourself for a past mistake 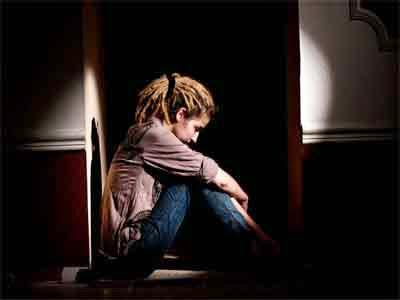 We all make mistakes, some more and some less, some are real mistakes while others are equivocal without any consequence. However, the way we deal with mistakes varies greatly from one person to another. Some people get through more easily while others get trapped in guilt and start self-punishing.

It is worth remembering that when we make a mistake one of our first reactions is to blame ourselves. This is perfectly normal. But it is one thing to seek responsibility and learn from mistakes and quite another to cry over spilled milk and spend years of our life punishing ourselves for the mistake we made.

Why does the need to punish arise?

Self-punishment is usually deeply linked to self-esteem. When we have low self-esteem we tend to think that everything that happens is our fault and we deserve to be punished. Then we self-impose penance, which can be more or less heavy. On the basis of this mechanism there is not only the belief that we are not worthy of esteem, but also a lot of anger that we turn to ourselves.

The people who tend to punish themselves most cruelly are precisely those who grew up in too authoritarian and rigid environments in which errors were considered defects rather than opportunities for growth. This trend is also seen in perfectionists who tend to see mistakes as an attack on their image and on the integrity they have been building.

Either way, the truth is that punishing yourself is a way to atone for sins and to feel better about yourself. The person thinks that his behavior has been unworthy and since he cannot repair it, a penance is imposed which will "free" him from the burden of the damage caused. However, the problem is that usually this penance tends to never end and, instead of giving relief, it ends up creating enormous harm to the person.


7 tips to stop punishing yourself

1. Accept that punishing yourself will not solve anything. If you made a mistake, and it had a negative impact, try to fix it or contain the damage. If possible, apologize. If you can't apologize, perhaps because you can't talk to people directly, learn from the mistake to make sure you don't make it again.

2. Talk about the mistake. When people feel guilty they often tend to isolate themselves from others. However, as soon as you are ready to talk about the situation, you should confide in someone. Often others will surprise you with a more impartial perspective on events that will help ease the burden of guilt.

3. Learn to be kind to yourself. It is often easier to be kind and condescending to others than to ourselves. A great strategy is to imagine that there is a very young child inside of us. We should check our inner dialogue to avoid saying anything that could hurt that child.

4. Understanding mistakes as opportunities for growth. People who punish themselves often see mistakes as failures or flaws by which they determine their worth. However, one should always think that the road to success is paved with failures. And often, the most important life lessons come from mistakes.

5. See things in perspective. One mechanism that perpetuates guilt is to think that if we could go back in time we would act differently. However, it is important to realize that in that moment, with the knowledge we had and the circumstances at that time, we made the choice we considered most appropriate. Accepting this is extremely liberating.

6. Learn to be flexible in judgment. Behind the punishment usually hides a rigid person who does not want to accept the fact that he made a mistake. However, we must remember that between black and white there are thousands of shades. Being a little more sensitive mentally and moving away from polarized thinking will help us to approach life with a more open perspective.


7. Be clear about who we are. People who punish themselves for years end up forgetting who they are to become someone who simply carries the burden of guilt on their shoulders. Sometimes, it's as if their whole life has been reduced to that accident. To get out of this vicious circle it is important to remember who we are and that we have positive qualities. You are much more than your own fault.

How to put up with unbearable people? ❯