How to resolve conflicts 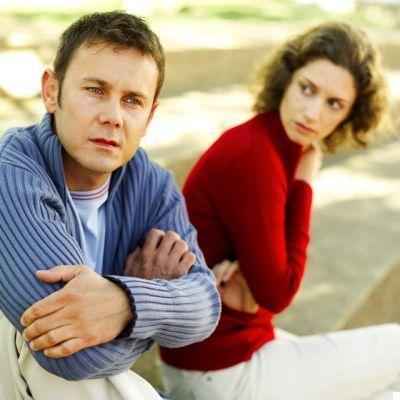 Although normally the term
conflict itself is surrounded by a negative aura, it is certain that the
the result of a conflict will be constructive or destructive depending on the attitude
cooperative or competitive that the people involved in the conflict and in the
resolution process of the same. Thus, we can come out enriched by one
conflicting situation or, conversely, we can end up with an unpleasant one
taste in the mouth.

Generally speaking, there are three
forms for resolve conflicts: the
strategy of winning both, winning and losing, and losing both. We give
an in-depth look at them: The strategy of victory for
both, as its name indicates, is characterized by the fact that both
parties agree to a position of total cooperation in which the two
parties benefit from the situation, although they almost always have to
even make concessions. Although this situation is difficult to
achieve, reality indicates that there are certain factors that favor this
possibility: - To worry first of all
keep friendship with the other party. - Both of them coincide in fact
that the most important thing is to reach an agreement. - Trust each other. - Have the opportunity to advance
good deals and eliminate threats. - Avoid confronting a
level of character-based responses; have the propensity to motivate
rational behaviors. The basis of this strategy lies
in designing a satisfactory solution for each of the parties and that,
moreover, interpersonal relationships can be maintained. Why this can
happen, it is necessary for both parties to come up with alternative solutions e
starting from the same, choose the best for both. The strategy of victory for
both emphasize ends and goals and emphasize conflict itself,
trying to reach a final solution that is not unacceptable for
neither party. The strategy of winning e
lose deals with conflict from the perspective in which each of the parties
will try to resolve the conflict itself in his favor by trying to
take advantage of the situation and come out benefited, all at the expense of the party
opposite. It is obvious that this strategy is based on the purest and most total
competition. Within this strategy the following premises can be established: - The parties involved or
Representative negotiators play "tough" with the opposite side and with respect to
topics covered. - There is no mutual trust. - It is based on the principle of
negotiate from "your position". - The only way to reach agreement
goes through pressure. - Each part is proposed again,
separately, only to win and that the other is defeated. In this type of strategy this
that one side gains is lost to the other side. It is well known that yes
they get results using this strategy. However, it goes without saying that how
as a consequence of its use the relations between the parts disintegrate. The strategy of losing both
it implies that neither party really gets what they want. Both of them
they think that the negotiation must take place "as they want" or "it will not take place
agreement". The attitude that the parties have is based on the belief that
avoiding a conflict is still better than facing the
problem, so that the same remains and with it its effects and consequences
negative. Many times the others who are
involved in the conflict may adopt the least appropriate strategies e
competitive, but the essential thing is that we do not assume these strategies. Rather
we should always adopt the formula of winning both, the results being yes
they will always get worth it.
How to respond to a negative comment without losing your temper? ❯