How to overcome disappointments with a grain of coffee 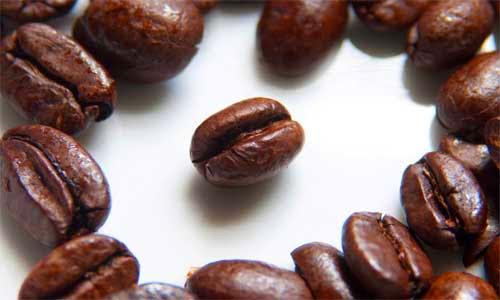 Disappointments are always around the corner; a professional failure, a bad exam grade, a separation, a friend's apathyā¦ There are many reasons and almost always leave a bitter taste in the mouth. How do you get over disappointments without getting depressed?

āA young woman was going through a particularly difficult time, full of disappointments. One evening he talked to his mother about his problems. She told him she was tired of struggling because after every problem she could hardly overcome, a worse one would immediately arise. After half an hour of conversation she confessed that she would give up.

The mother, after listening to her patiently, asked him to follow her into the kitchen. Without saying anything he filled three pots with water and put them on the fire: in the first he put a carrot, in the second an egg and in the third, some grains of coffee.

After a period of time that seemed infinite to the young woman, the mother turned off the fire and removed each of the ingredients from the water by pouring the coffee into a cup. At that point he asked the girl: - what do you see? -

- I see a carrot, a coffee egg - replied the perplexed young woman.

The mother asked the girl to touch the carrot which was very soft, to cut the cooked egg, and to drink a little coffee. She still didn't understand.

The mother smiled and said: - Both carrot and egg and coffee beans faced the same challenge: boiling water. However, they reacted differently. The carrot, very strong, fought against the water and became weak, soft. The egg, which was fragile, liquid became solid, hard. Instead, the coffee beans reacted differently: they remained identical and, moreover, they turned the water into a very tasty drink -.

The mother continued to speak softly to him: - I know you have suffered many disappointments, but only you can choose how to deal with them, you can be like carrots, strong in appearance, but ending up weakening, you can do like the egg that reacts by hardening and avoiding the emotions or you can do like coffee beans which, even in adversity, do not change but give the best of themselves ".

The moral of the story

This simple tale teaches us that the happiest people are not those who avoid disappointments, but rather those who manage to face adversity by turning them into opportunities for growth.

1. Reflect. Jim Rohn stated that: "You can choose whether to suffer first from discipline or later from disappointment." By this statement he meant that many of the disappointments we suffer did not come out of nowhere, but are generated by our expectations and, above all, by the decisions we have made. Life, sooner or later, presents us with the bill, and at that point, we must be ready to pay it. Therefore it is very important to think about the mistakes made so as not to make them again in the future.

2. React. Sometimes disappointments come unexpectedly, the surprise factor prevents us from reacting so that we remain wallowing in our pain. However, by reacting we can cushion the impact by becoming stronger. But it is important to react in the right way or we will run the risk of being overwhelmed by the situation by getting depressed like carrots or stiffening like eggs. The ideal would be not to resist the disappointment, accept it, experience the pain and then move on. In this way we will also be able to develop resilience.

3. Resist. Very often the problems do not come alone, one disappointment is almost always followed by another and then another. Obviously, this can discourage us, but we must not forget Anthony Robbins' famous phrase: "When everything seems impossible and you feel one step away from throwing in the towel, it is because victory is near". Focus on your goals, take courage from positive experiences in the past and think that the future still has many surprises in store for you, this is just a phase that will pass.

How to develop the positive brain with the vase of happiness ❯