How to Make Nausea Go Away: 17 Natural Ways 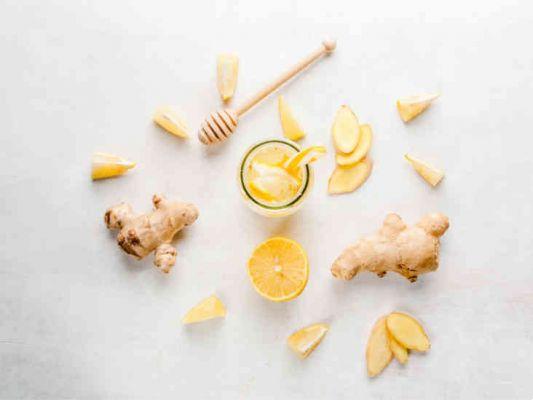 Nausea is something most people are familiar with, but how do you get rid of this bad feeling? It is never pleasant and can occur in a variety of different situations, including pregnancy and long trips.

Anti-nausea medications are commonly used to help relieve nausea. Unfortunately, these medications can have a number of negative side effects, including drowsiness.

How to make nausea go away

How it works is not yet fully understood. However, experts believe that ginger compounds may work in a similar way to anti-nausea medications (Source 1, Source 2). In fact, several studies agree that ginger is effective in relieving nausea in various situations.

For example, consuming ginger can be an effective way to reduce nausea during pregnancy (Source 3, Source 4, Source 5, Source 6).

Some studies even report that ginger is as effective as some prescription drugs, with fewer negative side effects (Source 10, Source 11).

There is no consensus regarding the most effective dose, but most previous studies provided participants with 0,5 to 1,5 grams of dried ginger root per day.

Using ginger is safe for most people. However, you may need to limit your ginger intake if you're prone to low blood pressure or low blood sugar, or if you're taking blood thinners (Source 1).


Some experts also question the safety of eating dried ginger during pregnancy (Source 1).

Although there are only a small number of studies on ginger, those conducted on healthy pregnant women report a low risk of side effects. Therefore, most experts consider ginger to be a safe and effective remedy for relieving nausea during pregnancy (Source 3, Source 12, Source 13, Source 14).

Peppermint aromatherapy is another alternative that can help relieve nausea.

One study evaluated its effects in women who had just given birth by cesarean section.

Those exposed to a peppermint odor rated their level of nausea significantly lower than those who received anti-nausea medication or a placebo (Source 15).

In another study, peppermint aromatherapy was effective in reducing nausea in 57% of cases (Source 16).

In a third study, use of an inhaler containing peppermint oil at the onset of nausea reduced symptoms within two minutes of treatment in 44% of cases (Source 17).

Some argue that drinking a cup of peppermint tea can have similar anti-nausea effects. However, even if you have little to lose by trying peppermint tea, there are currently no studies confirming its effectiveness.

Peppermint oil taken in pill form has given mixed results. Some studies show benefits, while others find no effect (Source 18, Source 19).


Also, there is little information on the safety of ingesting peppermint oil.

For this reason, more studies on peppermint pills are needed before strong conclusions can be drawn. However, smelling peppermint oil should be perfectly safe and appears to work for about half of people.

Both techniques stimulate nerve fibers, which transmit signals to the brain and spinal cord. These signals are believed to have the ability to alleviate nausea (Source 20, Source 21).

For example, two recent reviews report that acupuncture and acupressure reduce the risk of developing nausea after surgery by 28-75% (Source 22, Source 23).

Additionally, studies show that both forms are as effective as anti-nausea medications in reducing symptoms, with no negative side effects (Source 23).

Similarly, two other investigations report that acupressure overcomes nausea and the risk of developing it after chemotherapy (Source 24, Source 25).

There is also some evidence that acupuncture can reduce nausea during pregnancy, but more research is needed (Source 26).

In most of the studies that reported a benefit, the Neiguan acupuncture point, also known as P6 or the inner edge point, was stimulated (Source 27).


You can stimulate this nerve yourself by simply placing your thumb 2-3 finger widths from the palm, on the inner side of the wrist, between the two prominent tendons.

Once you've located it, press down with your thumb for about a minute before repeating the same procedure on the other arm. Repeat this several times if necessary.

Citrus scents, like those of a freshly cut lemon, can help relieve nausea in pregnant women.

In one study, a group of 100 pregnant women were instructed to inhale lemon or almond essential oils as soon as they felt nauseated.

At the end of the 4-day study, those in the lemon group rated their nausea up to 9% less than those given the almond oil placebo (Source 28).

Slicing a lemon or simply scratching its peel can work in a similar way because it helps release its essential oils into the air. A vial of lemon essential oil can be a useful alternative to use on the go.

In one study, researchers tried to determine which scent was most effective in reducing nausea after surgery.

They instructed the participants to slowly breathe in through their nose and out through their mouth three times, while being exposed to various odors (Source 29).

All participants, including those in the placebo group, reported a decrease in nausea. This led the researchers to suspect that it was the breathing that was causing the participants to pass the nausea (Source 29).

There are some spices that are popular home remedies that are often recommended to relieve nausea.

Most of these spices are backed by testimonials only. However, the nausea-fighting power of these three spices is supported by some scientific evidence:

While these three spices may help relieve nausea in some people, very few studies exist and more are needed before strong conclusions can be drawn.

It's also worth noting that previous studies have used doses ranging from 180 to 420 mg per day. These megadoses are difficult to achieve through normal daily use of these spices.

One technique that people have used to achieve this effect is known as progressive muscle relaxation (PMR). It requires people to stretch and relax their muscles in a continuous sequence as a way to achieve physical and mental relaxation (Source 33).

Recent research has identified PMR as an effective way to reduce the severity of nausea resulting from chemotherapy (Source 34).

Another way to relieve muscle tension is through massage.

In one study, a group of chemotherapy patients received a 20-minute lower arm or leg massage during treatment.

Compared to those who received no massage, massaged participants were approximately 24% less likely to experience nausea later (Source 35).

8. Take a vitamin B6 supplement

Vitamin B6 is increasingly recommended as an alternative treatment for pregnant women who prefer to avoid anti-nausea medications.

For this reason, several experts suggest taking vitamin B6 supplements during pregnancy as the first treatment for mild nausea (Source 40, Source 41).

Vitamin B6 doses of up to 200 mg per day are generally considered safe during pregnancy and cause virtually no side effects. Therefore, it may be worth trying this alternative therapy (Source 41, Source 42).

However, there have not been many studies on this topic, with some reporting no effects (Source 12, Source 43).

9-17. Learn more about how to make nausea go away

In addition to the tips we wrote above, here are a few other recommendations that may decrease the chance of nausea or help relieve its symptoms. (Source 44, Source 45):

It's worth noting that most of these latest tips are only supported by common usage. That said, as methods they carry little risk and may be worth trying to relieve nausea.

How to make a guy fall in love with you: 17 infallible tips ❯

add a comment of How to Make Nausea Go Away: 17 Natural Ways