How to make decisions: thinking vs. intuition 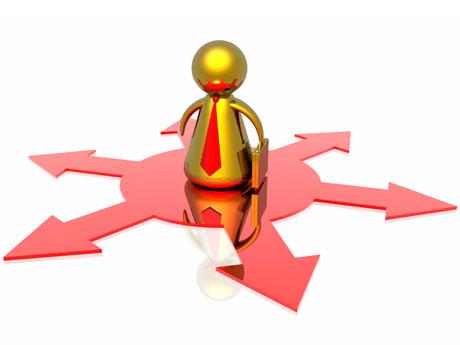 Other times we don't decide, simply why not
we know what to do, that is, we don't have enough information. However, each
once we go through a process that requires decisions to be made, we must
keep in mind a fundamental idea: “not making a decision implies
already deciding something ". In this regard, Dijksterhuis, researcher of the Unconscious Lab of the University of
Radboud, has organized a curious experiment in order to assess whether it is more
satisfactory the process that leads to making decisions at level
conscious or at the level of the unconscious. Three groups of individuals have been prepared for this purpose
who have been entrusted with the task of choosing an image (it should be emphasized
that the images were very similar to each other apart from some small details).
Thus, one group was suggested to weigh the pros and cons of each
image. The second group was told to choose quickly after giving
a quick look at the pictures (in this selection process it plays a role
instinct is fundamental). Finally, the third group was allowed to give a
quick look at the pictures then later would have to fix one
series of anagrams. Only after finishing this work of logic would he
could choose the picture. Once the selection process was finished he came
asked each person who assessed how satisfied they felt they were with
own choice. Well, the most satisfied group was the first; ie those who
they had consciously analyzed the pros and cons. But the interesting part of the experiment
now comes: The researchers asked the participants for a number of
phone and gave everyone a poster with the chosen image. After a
time period they called and asked how happy they were still with the
their decision and whether they were willing to sell the poster. At this point a curious result emerged: the group
more satisfied with his decision and that he would sell the image to a
highest price (indicator used to analyze emotional value
bestowed on the poster) was the third; that is, those who chose without thinking
too much, because they were asked to do an exercise in logic first,
based solely on their intuition. What is the cause of this phenomenon? The researchers assure that the task to solve
of the anagrams kept the conscious part of the mind occupied, in such a way
to allow the unconscious to elaborate its own decision. It should be emphasized
for those who don't know, it is assumed that the conscious mind is
capable of processing little information at the same time as the unconscious
has a parallel working system. Thus, scientists conclude that sometimes it would be
more appropriate to let oneself be carried away by instinct when taking some
decisions. Although it should be clearly stated that the decision which is the subject of the
study was not of transcendental importance to the people involved, while when
this is a really important decision we should be capable of
combine intuition and rationality. Anyway, the teaching that comes from this
research is that we should learn to listen to our intuition, both in the
smaller decisions as well as more important ones.
How to achieve happiness: the two possible ways ❯

add a comment of How to make decisions: thinking vs. intuition