How to get respected once and for all

How to get respected by all with logical strategies based on common sense. 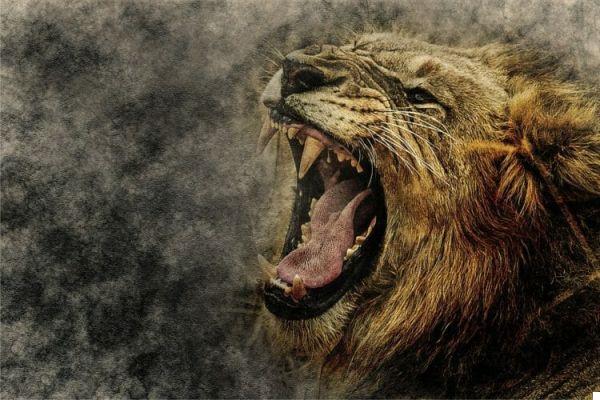 Finally, let's talk about respect, in fact there are many who ask how to get respected at work, in love, at school and generically by other people.

Everyone would like be respected by a man in particular, by a woman, the boss, classmates, colleagues or even neighbors.

Respect is the consideration we have towards other people but not only that, there is also self-respect.

Enjoying more respect is a feeling that everyone would like to experience, some more, some less.

Before understanding and learn how to be respected however, it is important to understand where and why this need arises.

Why do you want to be respected?

Before explaining to you how to get respected it is important to spend a few lines to help you understand why you have a desire to be respected.

Basically there could be two possibilities:

As we have seen in this article dedicated to the art of the sword, respect is not to be conquered but is born and grows spontaneously within us.

So whatever your position it is important to understand that you can't force respect of other people with some NLP tricks.

If you want to be more respected, forget the tricks and focus on yourself.

Ask yourself: Why should others respect me?

Or try the reverse: when do you have respect for other people?

You will probably realize that the respect you have for other people is not due to them they demand respect, but simply, for some reason, this feeling spontaneously grows within you.

Let us now turn to another important issue.

You do not know who I am!

We are used to being told to the point of exhaustion that we must respect the elderly.

However, I have always found this teaching to be only partially correct and sensible.

Let's try to ask ourselves: why should we respect older people?

If you try to give yourself an answer or ask another person, you will probably hear that older people should be respected because they are get on with the years.

Indeed in my opinion, respect it doesn't necessarily go hand in hand with age.

The statement in itself makes you smile, even if you may have seen two elderly people, who a little childishly, they played bragging rights on who was older and consequently the "wiser".

Respect, however, is not linked to the years: would you have respect for an elderly person who has never done anything relevant in his life but has watched himself live by watching trash programs on TV every day?

Or would you have respect for an elderly homicide?

True respect (not the fake one imposed by education) it moves hand in hand with what we do, with the experience and value we generate, not with the time we have lived.

Understanding this reasoning does not mean thinking that older people should not be respected, rather, one basis of respect for life it should be there for everyone: young and old.

This paragraph serves to become aware that respect is not linked to a numerical value e it cannot in any way be imposed, not even from education which on balance is a kind of training.

Let's see now how to be effectively respected not to be submitted.

How to be respected by everyone

Respect, especially what we have for the people we are in close contact with, often comes from skills.


If you've read other articles from Personal Growth Lovers you will know that I often talk about skills and their implications.

In fact, skills also have positive implications for spontaneously arousing respect, not only towards others but also towards oneself.

Surely you've ever experienced some kind of respect related to talent or one qualities of a person.

For example, if you play or have played a team sport, you may have felt respect for the best, or for a person who studies passionately, or even for a work colleague who sweats like crazy to take home the loaf.

Or more simply, you respect a football player or an athlete because he is really very good at what he does.

It does not matter if maybe the person in question is not particularly nice to you or you have differences of thought.

The mere fact that it demonstrates quality, sacrifice and skills, perhaps in a field similar to yours, is more than enough to make be born completely spontaneously a little respect inside you.

If you have noticed this evidence, you will have understood that in order to earn the respect of others in a specific field, one must be competent.

Including this fact choose carefully in which field you want to be respected.

For example, if you play tennis, work hard to become the best; respect for you will arise spontaneously.

# 2 How to get respected by having faith in yourself

If you want to learn how to get respected you have to have good self-confidence, there is little you can do.

I have already talked extensively about self-esteem, if you suffer from low self-confidence I strongly recommend that you read the article in question.

This is because people hardly have any respect for individuals who do not have respect for themselves first and foremost.

Also keep in mind that adequate self-confidence is also very useful in helping you earn a skill, which as we have seen is very useful.

In fact, people tend to follow and respect psychologically strong people, self-confident, especially if it is all topped off with a natural leadership tendency.

If you want to be respected, now you know what to do: cultivate self-confidence.

Remember that being sure of yourself doesn't mean being infallible, but get to know their potential in depth.

If you feel that you are particularly lacking in this regard and want to remedy it once and for all, take a look at my digital course on self-esteem.

People, often unconsciously, they admire and respect those who show themselves altruistic and in general those who do their utmost for others.

We live in a society that teaches us how to do good to others is a rare and sought-after quality, so when we know of someone who is committed to helping others, almost automatically we respect it.

Many people mistake altruism for servility or even one weakness to take advantage of.

Whether we like it or not, it must be acknowledged that so-called assholes are respected more, while people with a more passive and docile attitude are seen as individuals who can be taken advantage of.

The assholes they are perceived as powerful and in fact they exercise some kind of power.

Often the phrases I hear the most when referring to a person who generates little respect are:

Obviously it can happen to take advantage of a person a little too much, even unintentionally, perhaps because it was the person himself, consciously or unconsciously, to make it clear that he is always available.

If by reading you have understood that too many people have taken advantage of your generosity and availability, you will also understand that you will hardly be respected.

The solution is not to become less selfless and generous but to create the right balance between the two.

Being generous and available does not mean becoming servile, passive and being submissive but above all it does not mean canceling one's character to please someone else.

Many of the people who suffer from low self-confidence have a tendency to seek approval, directly or indirectly, from others.

This fact is perceived by the people around us, who most of the time, they interpret this signal as a weakness.

Generally, whether we like it or not, weakness is not respected, because we see people with a weak character uninteresting.

As we have seen, being altruistic does not mean canceling one's character in order to become slaves.

The speech is similar to what comes with an employment contract.

The fact that we enter into a contract with someone who will have to perform a task for us does not make the person our slave.

Indeed, the professional is sure of himself and of his skills e does not continually seek approval.

The person for whom spontaneous respect is born seeks first of all the approval of himself, for his own needs and objectives and only after that eventually that of others.

Avoid trying to please everyone, you will end up not being respected by anyone.

# 5 Tywin Lannister knows how to get respected

One of the most effective ways to get everyone respected is to keep your promises, that is don't talk nonsense.

Let's take a character from the well-known television series as an example Games of Thrones (translated Game of Thrones for some reason).

If you've seen the series or better yet read George RR Martin's books you know very well that Tywin knows exactly how to get respected.

Charles Dance is really very good at playing his character and at making that look good.

When he speaks everyone is religiously feeling it because he never talks nonsense, on the contrary, he is a practical and concrete type.

When a person says something against him, he waits a few seconds before responding, so by allow time for the interlocutor to reflect on what he just said and repent if necessary.

Everyone respects him because if he promises to do something then he does it seriously, he hardly speaks in vain; he wastes no time making threats he cannot honor or chattering about what he would like to do, it just does.

If you want to learn from Tywin Lannister how to get yourself respected, you need to keep your promises and take action instead of just talking.

How to get respected in a nutshell

Now that you know the main strategies for learning how get respected let's see some other general advice.

As you will have understood, being able to be respected depends a lot on our self-esteem and the self-confidence we have in ourselves: if you really want to work on this aspect, take a look at my digital course True Self-esteem.

The article ends here, as you will have understood learning how to get respected it is a work on oneself more than on others.