How to eat sprouts: preparations and flavors

I methods of cooking and preparing sprouts for nutritional and beneficial purposes they provide raw preparations or with the aid of cooking. Let's discover the fanciful ideas and the detailed description of tastes and the individual flavors of the most used sprouts.

> Origin of the use of sprouts

> The flavor of the sprouts 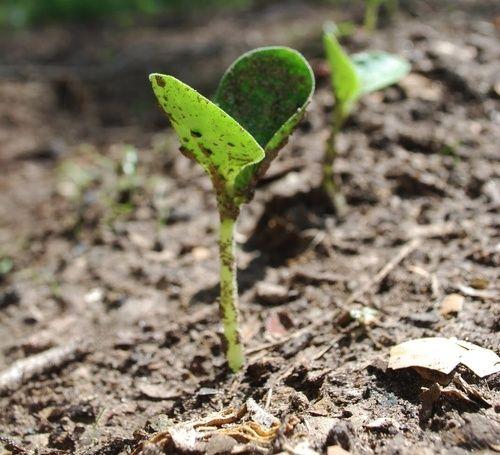 Origin of the use of sprouts

The use of sprouts for food purposes is as old as humanity itself but the first texts documenting their use date back to 5000 BC, traditional Chinese medicine texts that enhance their anti-inflammatory and strengthening properties, particularly indicated in cases of vitamin deficiencies.

Studying the history of man, we note that in the colder times or in the areas most subject to the lash of frost, but also during the degrees march towards war, the populations used the shoots more to cope with the high consumption of proteins, vitamins and enzymes by the metabolism under stress.

One of the best known populations in the world for their incredible physique and longevity are the Hunza. This people, who live in the northern part of India, has sprouts as the essential basis of their diet. In fact, even in these places the living conditions are extremely rigid and the forms of agriculture and cultivation have not developed much except in the growth and germination of the seeds.

The story goes that and Roman legionaries they kept seeds in small cloth bags which, in contact with body heat and humidity, sprouted, thus becoming a food rich in nutrients, easy to carry and extremely energetic.

In many traditional recipes around the world, sprouts are present as ingredients such as for the production of bread and focaccia. Or in mixed salads, mixed with other vegetables, even cooked, or simply alone in a mix of sprouts.

Definitely to keep all the nutrients and beneficial substances of the sprouts raw consumption is by far the best. We remind you that it is necessary to pay attention to toxic sprouts so raw consumption is reserved in particular for safer sprouts such as cereals (wheat, rye, barley, etc.), while some legumes such as green "Mung" soy, lentils and alfalfa are always used raw, moderating in quantity. In addition, mustard, sunflower and sesame sprouts are excellent eaten raw.

Sprouts can be eaten singly or in a mix of sprouts which also make the taste and the composition of nutrients more pleasant and complete.
You can prepare different mixed salads for each season which together with the countless vegetables and other natural foods can be the basis in which to add our precious raw sprouts.
Creams and smoothies, pates and extracts are other ways to obtain infinite accompanying preparations from raw sprouts for dishes of various courses. 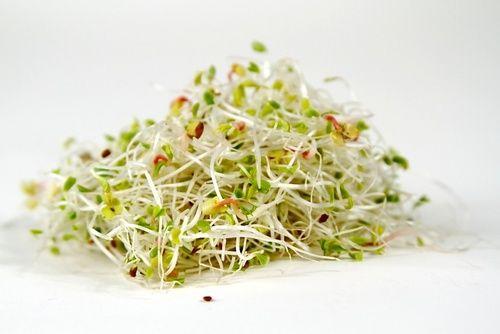 Hot preparations range from fast blanching of the shoots, frying, stewing, cooking and other thermal processes that use sprouts as single ingredients or mixed with other foods.


The easiest way after heat treatment to consume them is to add a drizzle of oil and season to taste with salt and spices. While if we think of more elaborate preparations for different types of dishes we can create sauces with tomatoes and vegetables, flans or croquettes in which the sprouts become ingredients for doughs, fillings or just creams and paté to accompany the dishes.

A first course could be a good spaghetti with a sauce of sauteed sprouts tamarius, minced garlic, capers and pitted olives. For a tasty second we could prepare one sprout omelette: we will start by jumping in a drizzle of oil, the cress sprouts with a leek finely cut into slices and adding the eggs later to prepare the omelette (veg version: cecifrittata with chickpea flour which is obtained by preparing a mixture of chickpea flour instead of eggs).

Vegetable soups, cereals or legumes or with other ingredients see the addition of sprouts at the end of cooking, leaving the sprouts to burn for only a few minutes. For this preparation, the sprouts of legumes are used in particular.


Finally, sweets with sprouts can also be prepared for truly energizing breakfasts and snacks; just add them to yogurt or make creams and puddings by inserting them with ingredients from pastry preparations.

However, remember that not all sprouts are edible and that there are toxic shoots. Precisely for this reason it is recommended to blanch the sprouts of some legumes such as peas, soy and chickpeas. While for bean sprouts, due to the presence of anti-nutritional substances, a cooking of at least 15 minutes is required. We recommend that you read the Toxic Sprouts article.

The flavor of the sprouts


READ MORE
How to sprout seeds with the sprouter

Other articles on sprouts:

> Sprouts in the kitchen

> Small guide to the preparation of sprouts

Audio Video How to eat sprouts: preparations and flavors
Novel food, what it is ❯

add a comment of How to eat sprouts: preparations and flavors