How to change your attitude? 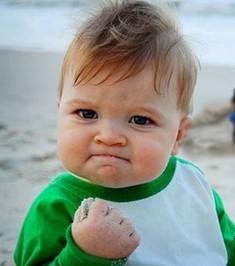 Once a teenager with that naive air of hers, just her age, asked me: to be flexible-minded, do I have to travel and learn about other cultures? And so I told him this little story: “A man felt deeply dissatisfied with his life. His house turned out to be very poor, his wife unlovable, his lands not very fertile and even his dog seemed to show him no respect. What to do?
One day an elf told him that if he moved north he would encounter a village identical to his where he would find a house identical to his but where he would feel in heaven.
The man did not think twice and embarked on the journey.
When he had already passed a few days of walking, the little elf rigged his compass by making sure to reverse the south with the north. In this way the man, without realizing it, returned to his village.
Upon entering, everything was identical to him, when he reached his house he found the same dog and obviously the same wife, but everything was so different. The man felt he was in heaven! " The story has several interpretations. There are those who argue that the cause of the change is travel, since the distance from his world meant that he valued more what he had left, possessions, interpersonal relationships. It may be so, however, I believe the change in attitude is the fundamental explanation. I know people who have traveled halfway around the world but continue to maintain their same rigid attitudes, and very few of them know the cultures they have visited other than the local cuisine and architecture. At the same time, others who have never left their cultural environment are more flexible people, open to change and diversity. Our attitude is an essential means that allows us to understand our surrounding environment and to give it coherence. If we travel with an attitude of superiority, we will learn very little from cultures other than our own; if we travel driven by the desire to know and open ourselves to new experiences then we will be able to have a very precious experience. However, changing attitude is not an easy thing, especially since the attitude contains emotional, cognitive and behavioral elements. This means that when we manifest a certain attitude we not only express a behavior but behind it there are also thoughts and feelings that make us feel relatively comfortable and safe. It is usually not enough to know that our attitude is negative but we also need a real need for change. So how can we go about changing our attitude? Here are some questions that will help you guide your way: 1. What attitude do you want to change? We cannot speak of attitudes in the plural, saying that we will change our attitude is indicative of the fact that we are not seriously compromised with the change. Let's take as an example the idea that we wanted to become more flexible people… but flexible in relation to what? 2. What objects or people does your negative attitude focus on? How to say, do you feel inflexible about cultures other than your own? Maybe you are inflexible in the face of the mistakes of your partner or of the people around you? ... In short, what I mean is that the stiffness does not manifest itself empty but in front of something or someone for whom it is vitally important to determine what is the object that originates this attitude that we wish to eliminate. Identifying our goals is always the first step to achieve change. 3. What reasons or arguments support your attitude? This indicates that we will need to take a small step back into the past. Behind this attitude there is the belief that it comes from some personal experience or from the history of someone close to us. Find out in what moment (s) this attitude was consolidated, try to relive the moment in the past when this attitude did not exist. 4. Are the arguments that support your attitude rational? Once we have identified the facts that gave rise to the underlying belief, we can ask ourselves if our conclusions really make any sense or if they are simply the product of an inadequate generalization, which cannot be applied to all situations or people we encounter. We will probably find that these beliefs are rather stereotypes with no logical or generalizable foundation. For example, we once clashed severely with a person of a different ethnicity than ours and from that point on we assume that all representatives of this ethnic group are equal and so we take a distant, deeply critical attitude towards this group. 5. How do you feel when you express this negative attitude? Sink into your emotions and their repercussions. If you want to change your attitude it is probably because this form of dealing with situations is causing you difficulties in which you do not feel comfortable. If you have reached this point then surely you know yourself very well but this is not enough for you to change your attitude, then it will be necessary: ​​6. Recreate small mental scenes in which you manifest yourself in an unscrupulous way. Plan small steps towards situations that you know you will truly have to deal with in the future. Think about how you behaved in the past and how you would behave now if you had to relive the same experience again. In short, it is about taking small steps in a conscious way, change is necessary but we cannot hope that it will happen overnight. The attitude that we have has been forming over a long period of time, and to change it requires a good deal of patience, perseverance and compromise with change. I end with a reflection, a famous phrase of Albert Einstein: “Our sad age! It is easier to disintegrate an atom than a prejudice ... "
How to change your life in 24 hours ❯

add a comment of How to change your attitude?