How to believe in yourself without giving up your personality

As believe in yourself and in their abilities without giving up our personality. 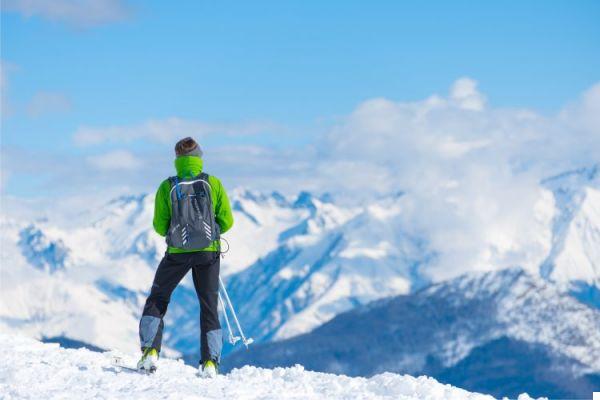 You have believed in Santa Claus for about 8 years, you can believe in yourself for at least 5 minutes.

Almost everyone as children believed in Santa Claus: we were sure of his existence and we behaved as if the old man with the beard really existed.

Of course it didn't exist, but it's amazing how a simple belief affected our life as children so heavily.

What we believe or do not believe true influences our existence more or less deeply, exactly as it happens if we believe in ourselves or not.

For our mind it is not relevant whether something is real or not: if we believe it to be true (even if it is false) we will behave as if it were.

Understanding this concept it is clear that to choose or not to choose to believe in oneself it is a decision that can deeply change our life and our approach to the world and to the people around us.

Before delving into this aspect, however, let's see a short parable to understand something more about the factors that influence the confidence we have in ourselves.

The parable of the frog race

Once upon a time there was a frog competition.


The goal was to get to the top of a large tower.

A lot of people gathered to see and cheer for them, then the race began.

In fact, people probably didn't believe it was possible for frogs to reach the top and all you heard were phrases like:

"Such a pity! They will never make it! "

The frogs began to give up, except one who kept trying to reach the top and people kept going:

Such a pity! They will never make it! "

And the frogs were giving up except for the usual stubborn frog who kept insisting.

Eventually, everyone gave up except that frog who, alone and with great effort, finally reached the top.

The others wanted to know how he did it.

One of the other frogs came up to ask him how he had managed to finish the test.

And they found he was deaf.

The moral of this parable is as simple as it is underestimated: very often we have the resources within us to carry out feats that we will deem impossible and to correctly evaluate our potential.

Sometimes, however, we give too much weight to what we hear repeated many times during the course of our existence which we later convert into a disempowering belief.


Furthermore, we are not only influenced by what others renew us, but also by what we repeat to ourselves.

Having clarified this point, let's find out how believe in yourself without becoming inflated balloons.

How to believe in yourself in 3 steps

Every person in this world has lived through situations in their life in which they have not believed in themselves.

Of course though, there are also times when each of us believed in himself, whether it is believing that you can finish a job or overcome a particular difficulty.

Identifying these moments in which we felt confident in ourselves and in which we believed in our potential is very useful for recalibrating our self-esteem.

To raise awareness in this sense, take a pen and paper and write 5 moments or 5 episodes in which you believed in yourself and in your skills.

No matter how distant these experiences are or how relevant they seem to you, write them on paper to increase your self-awareness: you have believed in yourself more times than you would like to admit.

In fact, on many occasions, out of habit or dissatisfaction, we have the tendency to bring to the surface only the negative aspects of our existence, skilfully leaving out the positive ones.


Thanks to this exercise we can rebalance the evaluation we have of ourselves also identifying the positive moments, obviously without hiding the negative ones under the carpet.

Self-efficacy is a term, in my opinion a bit misleading, which identifies theset of beliefs we have about our ability to face life's challenges.

People who have good self-efficacy are not disproportionately worried about anything because they have the belief (always remember the similarity with Santa Claus at the beginning of the article) that they can manage any problems and unexpected events.

Second Albert Bandura, the one who identified the cognitive process known as self-efficacy, there are 4 ways (+1 ranked by James Maddux) to improve this mental attitude.

Summing up for increase our self-efficacy and believe in ourselves we can.

Let's now see the most effective strategy for believe in yourself in a lasting way over time.

# 3 A street without a fence

The best way to believe in yourself is follow a progressive path.

But what should we do?

An exceptional way to expose ourselves to an ever-increasing knowledge of ourselves (physical and mental) and to climb our self-esteem is to follow a sports (per) course.

Sport, understood as the beginning of a discipline, allows us to learn a skill and to believe in ourselves spontaneously and gradually.

Obviously the sport practiced is not relevant, the important thing is that it is in the form of a course with increasing difficulty, in this way we will gradually increase training and learning, solidifying our self-esteem step by step.

Many underestimate the importance of physical activity, but it is vital to believe in yourself and remember the most important clause: it must be a gradual process.

By graduality I mean a real course for beginners that little by little increases our skills and our physical prowess: there are many such courses for all tastes, from dance to martial arts.

I know what happens in these cases: our mind quickly creates excuses for not exercising (in this article I will give you 15 good reasons): maybe you are repeating to yourself that you are not capable, that you are too old or that you are not good.

The truth is that it's never too late and we don't have to be good at all, because no one expects to see new members who can do everything on the first day, it would be absurd: what would instructors teach to people who are already capable?

These were the 3 step to believe in yourself, now let's see what Bill Gates thinks with his 11 rules.

Bill Gates' 11 rules on life to believe in yourself

In a high school in the United States, Bill Gates he gave a speech addressed to a young audience and in his speech he spoke of 11 rules: eleven rules that are not learned at school.

Rule # 2 - The world has nothing to do with self-esteem. The world expects you to succeed in something before you feel good about yourself.

Rule # 3 - You will not earn $ 60.000 a year when you get out of high school. You won't be vice president of the company with a company car and a built-in telephone before you deserve it.

Rule # 4 - If you think your teacher is tough, wait until you have a master and you will see.

Rule # 5 - Cooking hamburgers (by clicking here you can find the article on the film dedicated to McDonalds) does not insult your dignity. Your grandparents had a different term for it: opportunity.

Rule # 6 - If you get bored and don't know what to do it's not your parents' fault, so stop complaining and learn from your mistakes.

Rule # 7 - Before you were born, your parents weren't as boring as they are now. They have become so by paying your bills, washing your clothes, and by being told how good or bad they are. So, before trying to save the virgin forest from pests, start cleaning your room.

Rule # 8 - Schools with a new didactic approach may have eliminated the labels of "winners" and "losers", but in real life this is not the case. In some schools they have eliminated below average grades and you are given many possibilities to find the answer you want. This is a long way from working and social life.

Rule # 9 - Life is not divided into quarters. You have to work even in the summer and there are few employers interested in your personal development. Work on it alone in your spare time.

Rule # 10 - Television is not real life. In real life, people have to rush to work.

Rule # 11 - Be nice to nerds and nerds. It is very likely that one day you will find yourself working for one of them.

Believe in yourself because no one else will believe it

Believing in yourself is an art that must be cultivated every day: every day we can choose whether to believe in ourselves or not e every day will be different depending on our choice.

How to tip to ensure excellent service ❯