How to ask a girl out: the 6 golden rules 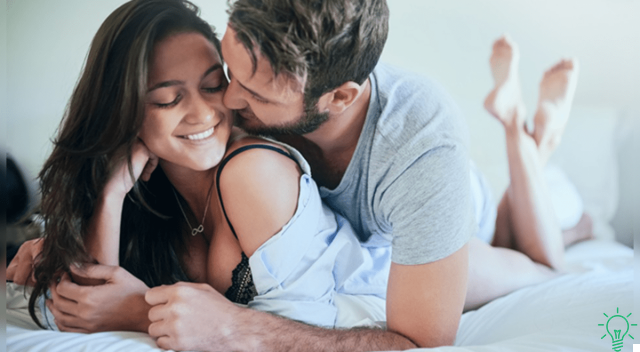 If you want to know like asking a girl out, by message, on WhatsApp or live, in this article you will find a clear and thorough answer.

I will explain what I think are the 6 golden rules on how to invite a girl out, to greatly increase your chances of receiving a "yes!" Response.

Let's get to the point. How to ask a girl out? With the following 8 tips you can immediately start collecting "yes!"

Strike while the iron is hot

The classic mistake that many make is to wait to ask a girl out until she is too late.

Those who stall, do not take risks and wait for the "perfect moment" ... sooner or later realizes that this "perfect moment" will never come, and that by now the girl with whom he was feeling or with whom he had built a good relationship at school or at work, she only sees him as a friend.

How many times has it happened to you that you met a special girl that you wanted to invite out, but the "perfect moment" never came and the opportunity vanished into thin air? I bet it has happened to you several times, right?

If you are like me when I was in school, you probably find yourself constantly dealing with 1 or 2 girls who you really like and want to invite out, but you end up waiting for the "perfect time" forever, until a another more determined guy comes forward and leaves you with a fistful of flies in your hand.

The truth is this: girls don't hang around forever. They have options. The competition is fierce. This means that if you wait too long, you lose the opportunity forever.

On top of that the attraction has an expiration date, and if you don't strike the iron while it's hot, even a girl who may have previously been interested in you will start to lose the attraction and see you as a friend.

It doesn't matter how you met this girl, what relationships you are in or how often you see her. The rule is that you have to invite her out as soon as possible. As soon as you realize that you would like to go out.

Take advantage of the climax of the conversation

But what does it mean?

If you invite a girl out on a sudden date, at the first few messages or at a time when your conversation has come to a halt, she will feel embarrassed and will probably say no. At that moment he will not feel a connection between you two and therefore he will have no intention of going out with you.


If, on the other hand, you start a conversation with her, and make your proposal while is taking pleasure talking to you, he will almost certainly say yes.

Imagine the scene. A guy approaches you, starts talking to you about this and that, and you carry on a conversation for 5 or 6 minutes. Suddenly you finish the topics you want to talk about and you start to think that it is time to end the conversation otherwise it would get a little weird or forced. At this point your acquaintance tells you, “Hey man, we should go get a pizza and a beer one of these days. What do you think about it?". How would you feel? What would you answer him?

Now compare this scene to another situation. A guy walks up to you to start talking and you immediately feel a connection with him as if he's your new found best friend. While you're laughing and joking he says “Hey man, you're great. We should go to the pub together this weekend. " In this second case your answer will probably be: "Sure, with pleasure!".

You see? It is not just about the man-woman relationship: knowing how to choose the right moment within a conversation to propose or ask for something is always a valid rule. Even in friendships, marketing and sales. Always remember that.

This rule is even more powerful when it comes to inviting a girl on a date; because the fair sex is famous for making most of their own decisions on an emotional level, not rational.


So what are the right moments in the conversation to ask a girl out?

Clearly all this also applies if you want to invite her out via chat: take advantage of a moment in which you find her particularly involved in conversation. And if it seems like this moment never comes, then the problem isn't how to ask a girl out, but how to capture her interest via texting and chat. If you want to learn how to do it, I invite you once again to watch Gio Di Lorenzo's 4 free videos with the screen and the commentary of his chats.

Don't put pressure on her

When thinking about asking a girl out, always keep in mind that the more official and high-sounding your request sounds, the more pressure you put on her, the less likely she is to accept.

Hi Madame, I wanted to confess my love to you, and ask you if you would like to do me the honor of coming to the restaurant with me, and then spend the rest of your life by my side.

If your previous appointment requests are like this, you are doing it the wrong way.

Probably a century ago the formality and seriousness in inviting to an appointment represented a recognized and accepted standard. They worked.

We no longer live in that world and a girl no longer wants to be wooed or invited to formal or extravagant dates. Simplicity and dating ideas that do not put pressure win.

Hey Giulia, what are you doing this weekend? Let's go for an aperitif!

Boom, done. It's not that hard once you've cleared all the formality, is it? Don't worry about looking for the perfect words to say, or the perfect idea to propose. You're just asking her out 🙂

Find out when it's free

A very common mistake that many guys make when they want to invite a girl out, is to propose a specific date and time without first inquiring about hers. and its commitments.

For example, a guy who's too focused on trying to appear an alpha male might fail like this:

What you should do instead is to inform yourself in advance about when it is free, to then make a concrete proposal. Follow these steps:

Don't take it badly if she says no

I remember when I had to ask a girl out for the first time in my life. I felt a mixture of adrenaline, fear and a sense of nausea. I felt like I had to be stabbed in the hip in the event of his refusal.

The funny thing is that a "no" is just a "no". Life on earth doesn't end, the sun doesn't stop shining, and nobody posts a funny video on the internet of you getting rejected (probably).

Don't take a "no" too seriously, and most of all don't take it personally. Learn to take "no" as feedback to understand what you did wrong or what you can do differently next time.

Furthermore, receiving "no" is essential to de-sensitize you to the urge to be rejected and fail. The more times you are rejected, the better you will learn to react by giving little importance to it. The more times you fail, the better you will learn what to do to be successful. And this doesn't just apply to girls, but to all areas of your life.

No problem, maybe another time 😉

If you are afraid of being rejected because you particularly care about that girl, and you don't want to let her slip away, you are making one of the 37 most common mistakes about seduction mentioned by Marco on the SeduzioneAttrazione website.

This is the error of fixate on a girl particular, and no longer think of anyone else. Marco has prepared an ebook containing an in-depth explanation of all 37 mistakes, to help you recognize them and never commit them again, and the amazing thing is that you can download it for free. Here you will find the latest updated version.

Stay calm if he says yes

Yes, it's great if a girl agrees to go out with you. But that doesn't mean you have to cheer now.

Many inexperienced guys, when they propose to date a girl and she says "yes", they get excited and start doing weird or embarrassing things.

You have to be ready to behave in a way completely normal once she has accepted the appointment, and continue the conversation naturally, whether you are speaking live or chatting.

These are the things you absolutely must avoid doing:

Here is what you need to do:

If you don't know what to tell her, ask her what plans she has for the rest of the day. Stay calm and end the conversation after a while. Don't act weird, don't make her feel embarrassed, and don't make her regret saying "yes" to you !!

Insights into how to invite a girl out

We are almost there. Now you know more or less how to invite a girl out, but we still have some little insights to do. Let's see where to take a girl on a first date (and where not to take her!) And how to ask a girl out by text.

Where to take a girl on a first date

Do you remember what I told you before? You don't have to put pressure on her. This means that you must avoid all of the following forms of first dates:

In addition to putting pressure, these dates are complicated and expensive. Often they don't even allow you to achieve the main goal for which the first date is designed: to relax and talk to get to know each other better. Here are some ideas of where to take a girl on a first date:

If you want to know how to ask a girl out by text, chat, or WhatsApp, my answer is that the exact same rules we have reviewed so far apply.

Do not invite her out as the first message. Rather try to chat with us for a while, get her interested in you, find out when it is free and choose the right moment of the conversation to make a simple proposal for an appointment.

If he accepts, great. If he refuses, move on to the next girl and continue studying seduction 🙂

How to fight stress in 5 steps ❯

Post breakup depression: what it is, how long it lasts and how to overcome it

Women don't like men who are "easy" to seduce, according to a study

add a comment of How to ask a girl out: the 6 golden rules