How the inner dialogue affects the couple relationship 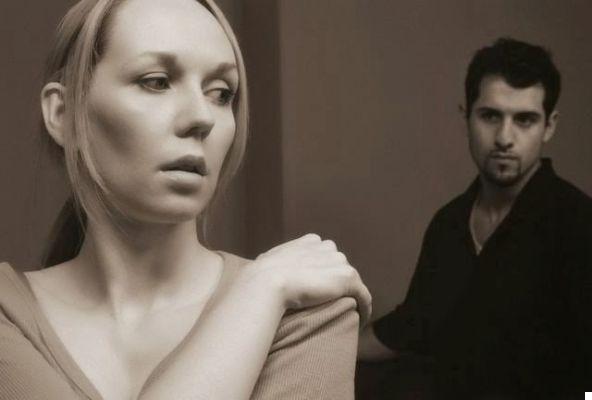 Our inner dialogue never takes a break, it's like a record spinning endlessly for most of the day. But even if we are aware of its existence, we rarely question its content, assume that most of our thoughts are certain, and draw conclusions based on them.

This internal dialogue is often aggravated in stressful situations, for example when we are having an argument with our partner. In these cases, when the discussion is over, we keep thinking about the things we said and what we wanted to say, the things the other said and the hidden implications.

It is worth remembering that this kind of "conversation" we have with ourselves is not necessarily negative. Reflecting on what has happened can help us identify mistakes and even allow us to release tension. But for our inner dialogue to be constructive, it is necessary to be critical with ideas and take some emotional distance.

Unfortunately, after an argument we don't usually tend to take a critical stance, but we normally trigger a monologue that can be very dangerous for the relationship, because it tends to focus on the negative aspects, magnifying their impact. Indeed, in many cases this inner dialogue does not begin after the discussion, but while the same is taking place. Can these thoughts influence the couple's relationship and condition the discussion?

A very interesting study conducted at the University of Texas found that when people are unhappy in their relationship as a couple, they tend to spend more time engrossed in an internal dialogue marked by anger and frustration. Instead, happier couples are able to tune in to their positive thoughts.

The study involved 71 couples who had been in a relationship of at least three years. People were in separate rooms and chatted through a chat about a controversial issue. They were told they had 10 minutes to come up with a solution. As they argued, the psychologists asked them to verbalize their thoughts (not necessarily what they were writing to the other, but what they were thinking at the time of writing).


Before the experiment, each person filled out a questionnaire in which their satisfaction with the relationship was assessed. Eventually, the researchers saw that when one person made excuses to escape his responsibilities or denied his role in the conflict, regardless of what he wrote, the other felt more miserable. Because?

It does not depend on telepathy, but simply on the fact that both created a dysfunctional communication style that makes the other person feel bad and focus, in turn, in his negative thoughts. It is like a vicious circle in which each person moves away from the reason for the conflict to focus more and more on his negative emotions and in his inner dialogue. This causes her to distort the problem and also prevents her from reaching a solution, generating frustration and anger.

Researchers believe that the key to the problem lies in our non-verbal communication. That is, even if we do not express what we think, we still send small signals of malaise, dissatisfaction and anger, which are captured by the other person and which in turn stimulate a negative response in her. Thus a vicious circle is created in which both are damaged and the couple's relationship suffers. What does this mean?

That in a couple discussion, not only what is said but also how it is said and what one thinks is important, because the inner dialogue is manifested through extraverbal communication.

How to manage your inner dialogue in discussions?

In a couple relationship, trust and sincerity should prevail, which means that it is possible to share what one thinks; you just have to find the right way to do it. In fact, in couple therapy sessions it is often found that both people feel and think the same things, but do not have the courage to express them in words. Therefore, the best way to manage this inner dialogue is to express it.

However, before expressing your ideas, be sure to:

- Do not blame the other: your goal is to find a solution,
not a defect

- Explain how you feel: so your partner can put himself in yours
clothes and will be able to understand your reactions

- Don't make generalizations: don't use words like "always" or
"Never" because they generate a negative reaction

- Take your share of responsibility: acknowledge your mistakes e
indicate what you would be willing to do to resolve them

- Offer a possible solution: this will show that you are willing to
strive to change

It is worth remembering that there are times when the relationship is seriously damaged because they have both applied a dysfunctional communication style for a long time. In such cases it is advisable to seek the help of an expert.

How to Meet Love in 45 Minutes: A Curious Study ❯