How stereotypes help us decide 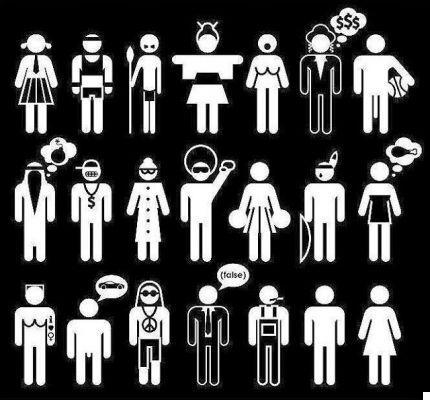 Stereotypes are social categorizations, ideas that we have formed about individuals, groups or situations that have no basis. That is, they are usually inferences drawn from our own experiences or from experiences reported by others. But the foundations of the same are not solid enough to be considered absolute truths.

We usually consider stereotypes negative as society has given them this connotation. However, this is not always the case, stereotypes can also be useful, they could also help us think better.

I propose a situation that appears in a book by Daniel Kaheneman: “Imagine you are at the New York airport about to board a flight to Spain. When you get on the plane you see that there are already about 80 passengers. Approximately what percentage of Spaniards do you think there will be on the plane? "

Try to answer, without cheating. Stop reading for a few minutes and think about the problem.

Well, most people who think there is a majority of Spaniards on the plane could be wrong. That is, believing that since the plane is bound for Spain it must therefore be full of Spaniards does not take into account the fact that the aircraft departs from New York, a city where many cultures coexist, and whether it is true that among these there are however, many Spaniards are not the majority. Consequently, the chances of a majority of Spaniards on the plane is not that high, especially considering that the final destination is a tourist country like Spain.

However, if we try to answer the problem posed in this way: “Imagine you are at the airport in New York and you are boarding a direct flight to Spain. When you get on the plane you see that 80% of the passengers are tall, blond and fat. Approximately what percentage of Spaniards do you think there will be on the plane? "


Surely you would answer "few", perhaps less than 20%. Because? Because you have fallen into the stereotype that Americans are mostly tall, blond and fat, while Spaniards are generally thinner and darker-skinned. To solve the problem, you followed your stereotypes and they did not disappoint you, on the contrary, they helped you shed light on the question, allowing you to arrive at the correct answer in a short time.

What does this mean?

That stereotypes also have a positive role, that of keeping us alert. In fact, Kaheneman himself states that: "resistance to the stereotype depends on a moral position, but the simplistic idea that resisting it has no cost is wrong." That is, stereotypes exist, whether we like it or not.

At this point we have two choices: to act as if stereotypes do not exist or to acknowledge their existence. The second possibility is the most intelligent for two reasons: it allows us to take advantage of the advantages they offer us and allows us to control them when they are not needed.

How other people's expectations affect our life ❯

add a comment of How stereotypes help us decide