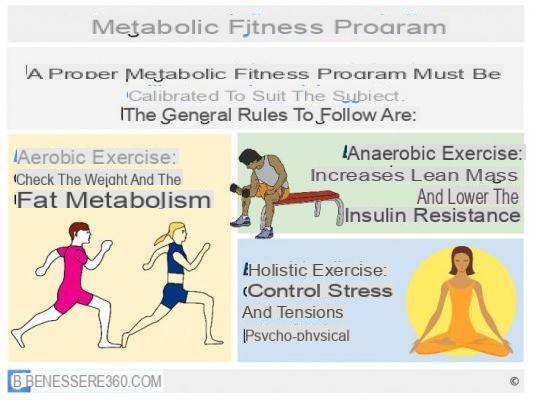 Exercise it would increase the communication between skeletal muscles and adipose tissue, improving metabolic health and performance. This is suggested by a recent one research conducted in Brazil on mice and humans, which in the future could lead to new treatments for metabolic diseases associated with aging and obesity.

The results of international research on the link between aerobic exercise, metabolic health and microRNA

Researchers at the University of Campinas in Sao Paulo, along with those at the University of Copenhagen and Harvard at Cambridge, specifically found that aerobic exercise would trigger the release of the microRNA signaling molecules into the bloodstream, which in turn would release more energy for muscle use.

This new research appeared in the journal Proceedings of the National Academy of Sciences of the United States of America.

To arrive at these conclusions, researchers led by Marcelo Mori of the Department of Biochemistry and Tissue Biology of the Brazilian University, began their observations by putting mice on a treadmill for 60 minutes a day for 8 weeks, gradually increasing the speed and incline of the treadmill.

At the end of the observation period, the scholars found a increase significant of production of a protein called DICER in the fat cells of animals. This increase is related to the reduction of body weight and the amount of visceral fat in the abdomen.

DICER is an enzyme that allows fat cells to produce microRNA signaling molecules.

At a later time the scientists have repeated the experiment with genetically modified mice, unable to produce any DICER in their fat cells, noticing how did not benefit as much of the training as the others.

"At this stage the animals did not lose weight or visceral fat and their overall fitness did not improve," confirms Marcelo Mori.

This is because the fat cells in the genetically engineered mice failed to provide their muscles with the extra metabolic fuel they needed during strenuous exercise. «Without DICER - says Mori - fat cells actually consume more glucose during training, providing less fuel to the muscles. This can lead to hypoglycemia or low blood sugar levels and in athletes it can limit performance ».

In parallel, to confirm that fat and muscle were communicating via signaling molecules in the bloodstream, the researchers injected doses of blood from a mouse that had undergone the exercise program to one that hadn't.

This transfusion increased the production of DICER in the recipient's adipose tissue.

The next phase of the study looked at volunteers humans undergoing 6 weeks of training at high intensity intervals. On them the researchers recorded a increase five times average of the amount of DICER in the adipose tissue.

“Such findings suggest that trained people have one or more molecules in their bloodstream that induce metabolic improvement in fat tissue. - Mori explains - If we could identify these molecules, we could investigate if there are other benefits of aerobic exercise, such as improving heart health, and think about converting this knowledge into a drug ».


The team has already taken a step in this direction by narrowing the field of study to a particular one microRNA molecule called miR-203-3p and discovering that this, when the muscles have exhausted all their glucose stores during prolonged exercise, signals the adipose tissue to make more fuel available. "This metabolic flexibility is essential for good health and performance enhancement," says Mori.

Animal evidence and some human studies suggest that severely limiting calorie intake, such as through intermittent fasting, may help prevent conditions associated with aging, such as diabetes and heart disease.

In muscle cells, a molecular sensor called AMPK is activated when cells consume large amounts of ATP, which is the fuel that powers all cell activity.

Activation of AMPK is known to play a role in the metabolic benefits of both calorie restriction and aerobic exercise.

In their latest series of experiments, the researchers showed that aerobic exercise activates AMPK in the muscles and fat cells of mice. This in turn increases the production of DICER in the fat cells to release additional energy stores.

add a comment of How Exercises Improve Metabolic Health