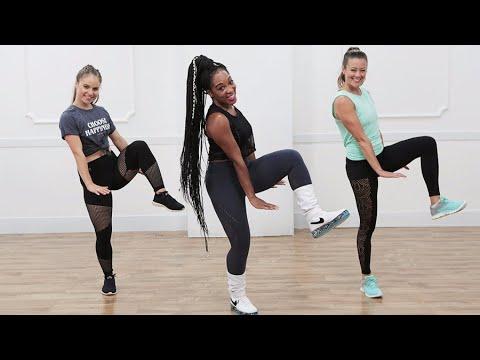 At the last edition of Danzainfiera, where we tried it, it was a great success. Let's talk aboutHip Hop Re Move, a novelty born from an intuition of the personal trainer Max Imperoli when he was called as a consultant in a women's prison in Rome.

“The course was supposed to distract the girls from their plight and bad memories. The word most used by the inmates, in interviews with the psychotherapist and in meetings with me, was "remove". From there I understood that they could "Re-move" negative thoughts and emotions with movement and I played on the meaning of the word “remove” », says Imperoli himself.

You train by dancing, focusing on certain parts of the body such as hips and buttocks. During the 60-minute lesson choreographies inspired by the key steps of hip-hop are performed, to the rhythm of different musical genres such as dance, folk and reggaeton, but to have more variations, the hits of the moment are also proposed.

It is wave articulated movements that they urge shoulders e arms, with the legs springing, followed by angling of the hips. We sweat, dance together, get to know each other and have fun, without age limits, with the instructor ready to change the level of difficulty and duration of the program, according to the needs of the students.

Hip Hop Re Move offers an effective fat-dissolving action: in one lesson in fact, 600 calories are burned. But that's not all: this workout increases the cardiovascular capacity, raises metabolism and releases endorphins, neurotransmitters with a "euphoric" effect, thus also improving mood.

«It is a program that helps to drive away nervousness and stress. In the evening, after a hard day, you can take a moment for yourself and release all the accumulated tension by choosing the right rhythm and repeating the step of Hip Hop Re Move, which you assimilated better in class. You will see that your head will feel better immediately », assures the creator of this fitness dance with multiple benefits.

From June the lessons of Hip Hop Re Move will be offered in various gyms throughout the country. To find out if there are also in your city you can write to info @ macumbasport.

add a comment of Hip Hop Re Move for weight loss