The back muscles can be divided into two categories, dorsal deep e superficial: the first they serve to support the trunk, to keep the head and the vertebral column in an upright position, and are called sacrospinal and spinocostal; the latter are used for the movement of the arms and shoulders and are the elevators of the scapula, the trapezius, the rhomboids and the great dorsal, which is among all the largest and main in the entire region.

Today let's see how to train them with those I believe to be among the most complete exercises for the back; I'm talking about horizontal pulley training, a machine very similar to the lat machine.

The main exercise, the rowing or pulley pull is called low, as the grip occurs at the bottom, and the traction occurs horizontally in the direction and height of the abdominal region.

Performing the exercise: seated in front of the tool, you grab the handle, legs resting on the supports of the tool, with the important warning to keep your knees semiflesse, (don't make the mistake of fully extending them). Inhale while grasping the handle and exhale during the concentric phase, that is, approaching the body. The elbows must remain parallel throughout the execution of the movement and, at the end of the concentric phase (of traction), they must be perfectly adjacent to the torso. Hold the contraction for a few seconds, 2 at least. Finish the exercise by inhaling again in the release phase of the handle, which will be done with a slow accompanying movement of the elbows that will move away from the torso and extend until complete release.

How to set up your back? Much attention should be paid to its movement; in fact, it must never be tilted too much (i.e. sliding too quickly back and forth to indulge the arms), but it should only be slightly flexed at the beginning of the traction and in the eccentric phase (i.e. releasing the pulley at the end of the exercise); in the concentric phase you will then have to abduct the shoulder blades, which will only widen in the release phase. The return to the starting phase must be slow and the extension movement of the arms always very controlled. 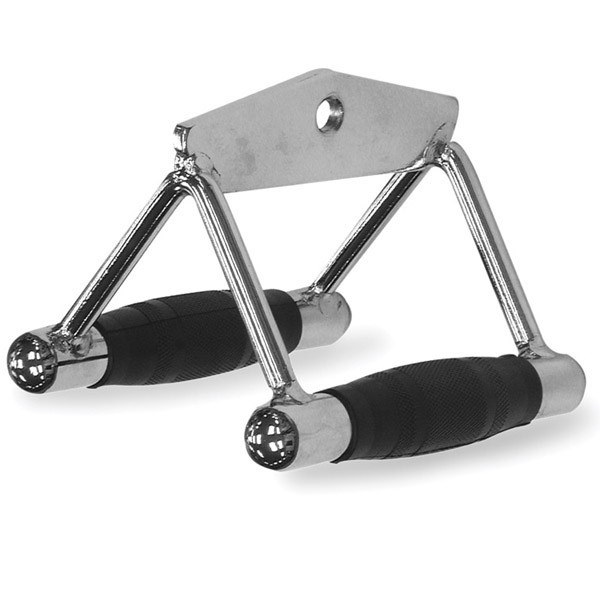 To avoid further risks of damage to the back it is also important not to rotate it, especially if the traction is taking place with heavy loads (in order not to damage the muscles of the lumbar spine in the long run, my advice, however, is not to load the machine excessively when performing this exercise). It is also important during the concentric phase of the movement to keep the back well erect in its position of strength, the chest a little swollen (also due to inhalation) and without ever "stuffing" the head. The back must keep its physiological curves ALWAYS.

What kind of handle or pulley should be used? A V bar, the most classic, or (recommended by me) a neutral grip Lat bar, which in addition to acting more strongly on the trapezius, optimally stimulates all the muscles responsible for correct posture.


Many variations also exist for the grip: in prone grip (with the palms facing downwards) they work practically most of the back muscles, therefore the trapeze, large rhomboid, small round, backbone,erector of the spine, the posterior bundles of the deltoid, long supinator, brachial biceps and  anterior brachialis.

The variant with supine grip (with the palms facing upwards), goes to intervene in particular on the lower bundles of the trapezoids, on the romboidi and of brachial biceps. The neutral variant makes the brachial biceps and anterior brachialis.

You can also practice with one-sided grip, training one arm at a time.

The inclination of the working angle can also be varied, performing the high pulley, i.e. positioning the pulley closest to the horizontal plane where the shoulders work. In this way the inclination of the torso it will naturally be much more accentuated, the scapular elevation will be reduced by increasing its adduction instead. The sagittal extension of the shoulders will also be reduced in favor of their transverse extension. *


In any case, the most active muscle structures will always be those located in the central area of ​​the back. 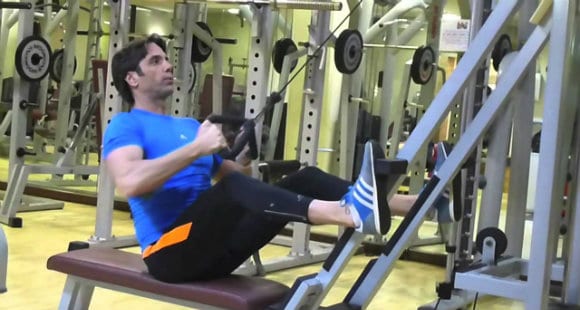 In summary, during the movement of:

1. shoulder extension your muscles will benefit deltoids (lateral and posterior), the backbone, large and small round, the inferior bundles of the pectoralis major, triceps bracelet e infraspinatus

3. adduction or elevation of the shoulder blades will benefit the upper bundles of the trapezius,scapula elevator, the superior bundles of the large thoracic dentate, lo sternocleidomastoid.

The benefits of this exercise will, in a final synthesis, make the stability of the shoulder, scapula and elbow perfect, as well as develop the stabilizing muscles of the torso, hip, knee and ankle.

* Axes and planes of the human body:

the imaginary line that crosses the body from the top (vertex of the head) to the bottom (in the middle of the heels). Twisting and rotating movements can be performed around this axis;

the line that crosses the body from right to left, parallel to the ground. Along this axis, bending and stretching can be performed.

the line that crosses the body from front to back. Abduction and adduction movements can be performed around this axis.