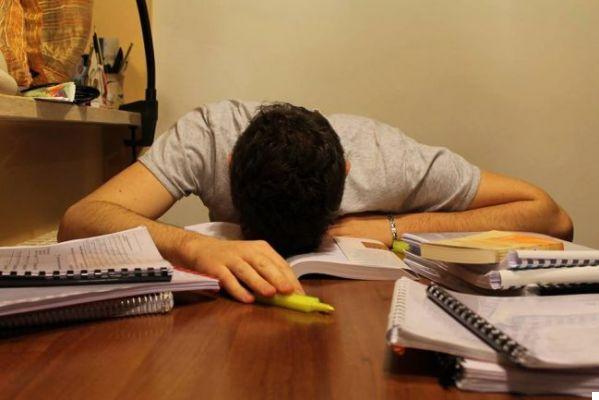 Se you study at the university it is good that you know what are the ERRORS that you must absolutely avoid in order not to destroy your university career. Reading this article will be very useful to you as it will help you understand if you are currently doing something wrong in your academic career. Considers that some ERRORS are as common as they are compromising for university performance. So, no more chatter: let's see what NOT to do if you are studying at university.

The error of errors, the one that I feel I have to list first, is the following: not having a specific study method for the university. Often those who get stuck or who drop out of university are precisely those students who tackle the academic path without an adequate study strategy. These mediocre students improvise by adapting - in a very summary and simplistic way - the high school study method to university study.

Approaching the preparation of exams by taking them "away". Many students think that the first thing to do is to have a general grasp of the topics. So what do they do? They gather all the exam material (books, handouts, notes, slides) and start a read as if there was no tomorrow! They read and reread, perhaps even quickly and in silence, until they drop, convinced that this will help them understand and memorize better. Nothing more ineffective for learning purposes.

"Throw the blood" and waste a lot of time a writing exhausting and completely useless summaries in the belief that in this way we will learn the topics better and we will find ourselves studying from a more concise, organized and targeted source.

Repeat what you have studied following the sequential order of the arguments exactly as reported in books, handouts or notes. Upon examination, the questions that are asked certainly do not follow a predetermined order, which is why it is totally useless to memorize the topics in the chronological order in which they were explained by the professor or in the order in which they were initially studied. It would be practiced in vain, as it would not simulate reality.

Do without concept maps by neglecting the reworking of the topics studied. Many students prefer memorizing to understanding. But without reworking (and related cognitive effort) there is no understanding, and without understanding there is no learning. Studying by heart is a mechanical process that can compromise - except in some "exceptional" cases - passing exams.

Don't rely on a well-defined study planning strategy. Many students they do not organize the study with effective and systematic methodologies and action plans, neither in the short term (daily) nor in the long term. They do not know how many hours and / or how many pages a day it is necessary to study or how it is convenient to divide the study of several exams that are being prepared at the same time. They don't know how to handle breaks. They do not have a planning-oriented mindset and this penalizes them compared to students who know exactly how to approach study and academic activities. In the absence of an organizational strategy, there is a risk of arriving unprepared for the exams or being extremely stressed as they are forced to do some real tour de force before the exam. An unorthodox approach from an organizational point of view causes disorder and improvisation, the latter characteristics not compatible with the need to achieve targeted and deadline objectives such as university exams.

Studying too often in company and participating in study groups. Together with other students, the distractions increase and one's reasoning ability is reduced, as one relies on the explanations and knowledge of the most prepared students. When studying in a group, attention becomes easy prey for futile or misleading things. In short, it is difficult to stay focused and concentrated on the study material. Those crowded university classrooms or crowded libraries - where students congregate to study together - are a prime example of ineffective and unproductive study.

Not being able to identify and establish with certainty which courses should be followed and which not. Many students mistakenly believe that going to class is always a virtuous thing, but this is not the case at all; sometimes it has no influence on the outcome of the exams. Not infrequently, in fact, it represents only a mere waste of time.

Failing to be consistent and determined in pursuing the study plan. Without self-discipline and the ability to stay focused on daily study, you don't get much progress (in studies as well as in all those activities that require self-management skills): the greater freedom there is at university compared to high school, if not it is adequately and intelligently managed, day by day, it backfires, generating apathy, boredom and laziness.

Let yourself be overwhelmed and dominated by moods. University students often suffer from anxiety (before and / or during exams): they don't know how to deal with it, and this affects both their mood and their (poor) performance. Other students, on the other hand, get stuck with their studies - perhaps in the face of the first difficulties - and, ignoring the strategies to prevent and manage distracting and demotivating factors, end up permanently stranded and abandon university.

Being successful in college is within everyone's reach

Want to study at university: how to find it immediately

How to catch up on university exams

First day of university: here are the essential guidelines