Helping Others: There are people who don't realize what we do for them until we stop helping them 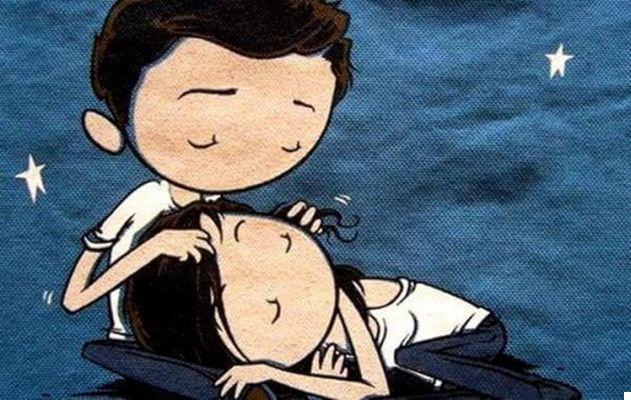 Small gestures that improve daily life. Huge sacrifices that mark the course of life. Helping others can take many forms. It can be a person who simplifies our day, with a discreet way, so that everything works better or it can be the person who makes a great sacrifice for us with a smile on his lips, without letting the price of what he is doing glimpse.

We all helped someone at some point, and we felt good doing it. Emotional wear begins when our help is not recognized, when we give and give without receiving anything in return, when others do not realize everything we do for them and even believe it is our obligation.

The "syndrome of taking everything for granted": when by dint of helping others we become invisible

Often people fall into what could be called the "take everything for granted syndrome", which consists of ignoring the value of good things in life. These people assume that our help and support is simply there, that they are entitled to it and they do not appreciate it in the right way.

The "take everything for granted syndrome" is linked to the ability to adapt, a process by which people quickly get used to environments, situations and relationships. In practice, it is likely that this person was excited the first time you helped her, and thanked you for the gesture, but then she assumed it as something natural, the psychological mechanism of desensitization was activated and that help has gone from being a novelty to becoming something familiar.

Of course, adaptability is important, especially to avoid the unnecessary suffering caused by drastic changes, but it does cause relationship problems. We should view relationships and help as a plant that needs daily care. If we assume that the plant will always be there and will not need our care, one day it will simply dry out.

When this happens, the person will feel disoriented, as if his foothold has suddenly collapsed. In fact, this is exactly what happened: by not caring for the relationship that brought him value, the bond broke and an important source of help was lost. Only then does he appreciate what he had taken for granted, even if it is perhaps too late.

Giving a lot and receiving a little is tired

Giving a lot and receiving little leads to exhaustion. It is important to help others without expecting anything in return, but we also need to receive without asking. In fact, the psychologist Adam Grant of the University of Pennsylvania explained that we can imagine interpersonal relationships as a line, at one of its extremes is giving help, at the other extreme is receiving help.

In some stages of life, we can find ourselves at a point closer to one of the extremes, such as when we have to take care of a loved one, but in general, the ideal would be to find ourselves at an intermediate point, where we can give without this transforming. in an emotional hemorrhage because we too receive support and help.

Nor is it a question of the person we help "returning the favor". It's not a quid pro quo, but it does mean establishing that deep and often indestructible emotional bond based on gratitude and recognition. Instead, when we help and the other becomes very demanding or diminishes our contribution, the help turns into a psychological burden.

Helping others also has limitations

"Help your fellow men to lift their load, but do not consider yourself obliged to carry it for them," said Pythagoras many centuries ago. This Greek philosopher and mathematician knew that there is a limit to help and sacrifice; a limit beyond which we end up emptying ourselves emotionally, especially when others do not recognize what we do for them.


Centuries later, psychological experiments confirmed the validity of Pythagoras' advice. In a study conducted at the University of British Columbia, participants received a sum of money. Half of them were asked to spend it on themselves and the other half to give it to others. In the end, those who spent the money on others felt happier than those who spent the money on themselves. We know, without a shadow of a doubt, that being compassionate and helping others brings psychological benefits, but with limitations.

Empathy, for example, can consume us, causing us to identify with the suffering of others so much that we neglect our own feelings and needs. In fact, those who always prioritize other people's emotions are more prone to suffer from anxiety or depression. It is what is known as "empathy fatigue," which fundamentally affects those who continually help others by becoming their pillars of support.

In another study, conducted at Northwestern University, the researchers analyzed the effects of empathy on the parents of 247 teenagers. They found that an empathic attitude improved relationship and family happiness, but when parents became overly involved in their children's problems, they experienced greater stress and markers of chronic inflammation exceeded acceptable limits. This means that carrying someone's burden, without being able to decide or act for them, increases our psychological and physiological burden, making us more vulnerable.

What practical lessons can we draw from this?

Some endings are happy, some are necessary ❯

add a comment of Helping Others: There are people who don't realize what we do for them until we stop helping them