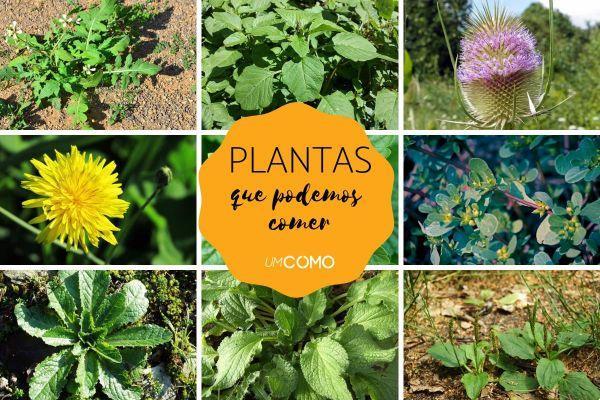 The relationship between human beings and plants has always existed and is constantly evolving. From the distant time when humans on earth moved in search of food in the guise of hunters and gatherers, we have passed over time to the breeding of animals and the cultivation of vegetables.

There is no longer, at least in industrialized countries, the need to go to Nature for food, yet even today both of these ancient practices remain alive. Let us find out some secrets related to practice of harvesting edible plant products that Nature offers spontaneously to human beings who recognize its virtues.

During the last century, especially in the period following the Second World War, both in the country and more generally in the industrialized countries many of the traditions have been lost that over the centuries had characterized the peoples and cultures everywhere, including the tradition of knowing recognize and cook edible wild herbs. This practice has been lost both for the enormous availability of food due to the mechanization of agricultural activities, and for cultural factors.

Collecting and eating wild herbs was considered a habit of the poor, and as such the new generations did not want to learn that kind of peasant knowledge. At one time the farmer gave the owner a large part of the main crop, such as wheat, corn or whatever. Part of what was left to him was sold, so they often appeared on the tables of the poor wild herbs collected at the edges and margins of cultivated fields.


Not only that, it was noted that in times of famine, the use of wild herbs increased; hence the term "phytoalimurgia"To describe the practice of collecting edible wild herbs, a term composed of phyto = plant, food = nutrition, urgency = urgency, to denote how this custom consisted of apower of necessity, of urgency precisely in times of extreme misery.

Currently, however, we are witnessing a change of direction: peasant foods and practices are perceived as more genuine than industrial ones, and here they return to the stalls of certain markets, to the menus of niche restaurants and to the tables of those who practice direct harvesting, old edible herbs with innovative flavors and beneficial properties for health.

On the other hand, current scientific research is confirming the usefulness of wild herbs for prevention of certain ailments and support of the physiological functions of the human body. From the world of science and from the studies on this type of natural resources, a new technical term was born that defines "nutraceuticals" those substances that are taken with food and that possess certain biological properties useful for maintaining health.

All this strengthens and supports the return to wild herbs as a 'excellent practice for the well-being of the person. Wellness that comes not only from the intake of certain beneficial substances, but also, for those who can indulge in direct collection, from immersion in greenery.

In practicing spontaneous harvesting, one experiences the direct contact with Naturto. A feeling of reverential respect for Mother Earth who nourishes her children can awaken. A culture can spread which, automatically, without laws or impositions, leads to maturity ecological necessary for the protection of the environment. At the same time, by collecting the seeds of these herbs, we can integrate them into our gardens, enriching them with new and precious food possibilities.


Fortunately for us, the list of edible wild herbs in the country is very rich and varied. If we add to these the small fruits of the undergrowth and mushrooms, we realize how much Nature is still able to offer even in the midst of the technological age. Each fruit of Mother Earth, however, has its season to be harvested, and in the case of alimurgic herbs the best period is between the end of winter and the beginning of spring.

It is therefore time to get going, live Nature with due respect and devotion, and go in search of the many edible species including Asparagus (Asparagus acutifolius), Dandelion (Taraxacum officinale), Chicory (Cichorium intybus), Borago (Borago officinalis) ), Nettle (Urtica dioica), Strigoli (Silene vulgaris), Plantain (Plantago major), Portulaca (Portulaca oleracea), Stellaria (Stellaria media) and many others. Have a good harvest!

add a comment of Health in edible wild herbs