Having smart friends boosts our intelligence 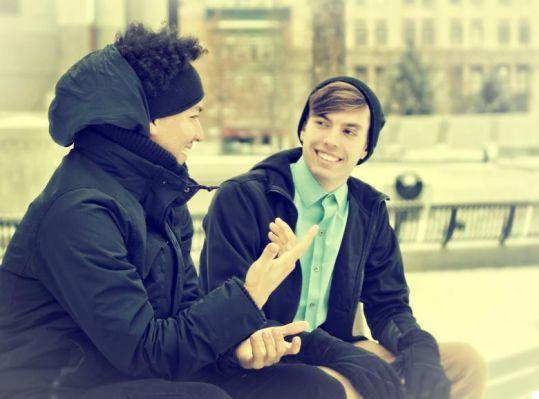 Friends are not simply those people with whom we share joys and sorrows, to whom we confide our secrets and with whom we live adventures. An increasing number of studies show the enormous importance of choosing our friends well since their influence on us will be decisive, not only from an emotional point of view, but also from an intellectual point of view.

A study conducted at the University of Florida reveals that our mothers were right when they encouraged us to choose our friends wisely. The group of friends not only exerts a good or bad influence on our behavior and our values, it also affects our intelligence.

Having smart friends boosts our intelligence

The researchers analyzed 715 adolescents by assessing their intelligence to compare it to that of their peers. They discovered that each person's IQ correlated with that of their best friend or the group they belonged to.

However, the most curious fact was that this phenomenon followed a trend: people who related to smarter friends had a higher IQ than would have been expected considering the intelligence tests they took years before.

In fact, these psychologists analyzed children between the ages of 10 and 11 and their group of friends, to rerun the tests when they were 15 and see what had changed.

They discovered in this way that it was not simply that people with higher IQs chose intelligent people as friends, but rather the simple fact of being part of this type of social circle favors the development of intelligence, at least during the first phase. of life.

These psychologists explain that "the group of friends has a profound impact on the motivation of its members", encouraging each person to develop their intellectual abilities to the maximum. In other words, belonging to a group that is intellectually stimulating encourages us to continue to grow and broaden our range of interests.


The researchers also explain that friends influence much more what is known as "crystallized intelligence", which is related to the use of skills, knowledge and experience.

While fluid intelligence consists of our ability to solve new problems without any prior knowledge, crystallized intelligence refers to the breadth and depth of knowledge we acquire and how we use it creatively and practically to solve problems.

Crystallized intelligence develops throughout life, and it is logical to assume that our network of friends can provide us with knowledge and problem solving techniques that allow us to develop our intellectual abilities.

So, now you know: if you have a slightly above average IQ, you may have to thank your friends from childhood or adolescence.

A shower is enough to stimulate creativity ❯

add a comment of Having smart friends boosts our intelligence