Having secrets is bad for your health 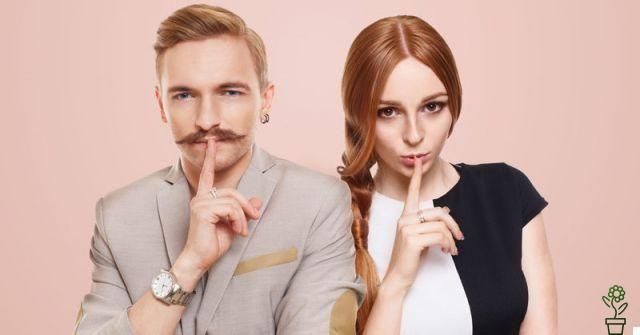 Everyone, some more, some less, we have kept secrets. Our secrets or those of someone close to us. In reality, not all secrets are harmful, some can be positive, like when we hide the preparations for a surprise party. But we're not fully aware of the psychological burden of keeping a secret. In fact, John Churton Collins said, "How much consolation we would find if we told our secrets."

Whoever carries a secret with him undergoes enormous internal fatigue, not only when he is in the company of others but also when he is alone. Having secrets is a psychologically exhausting activity that ends up giving us the bill, both mentally and physically. Therefore, the next time you think about hiding something or someone asks you to keep a secret, you'd better think twice.

An experiment developed at Tufts University analyzed the impact of secrets on our perception of reality. These psychologists found that when people worry about keeping secrets, they perceive hills to be steeper, distances longer, and believe that physical activities require more effort. What does it mean?

In practice, keeping secrets becomes a burden, not only psychologically but also physically. Therefore, we will face our daily life with greater fatigue, as if we were carrying a weight on our shoulders, literally. This will make the activities seem more strenuous and, at the end of the day, we will be more stressed, tense and exhausted.

These psychologists also saw that the longer we keep the secret, the heavier it will seem, the harder it will be to ignore it and the more it affects our perception of reality. At this point you may be wondering why keeping secrets is so tiring.


Secrets become a concern from which we cannot escape

Columbia University psychologists analyzed what happens in our minds when we keep a secret. They examined over 13.000 secrets, also assessing the quality of interpersonal relationships, the level of well-being and physical health of the people who kept those secrets.

Each participant was asked what kind of secret he was hiding and to whom. They were also asked how often they thought about that secret and how happy they felt.

The interesting fact is that the stress related to secrets is not activated only when we are in front of someone we want to hide the information from, but it is a weight that we carry even when we are alone. The mere fact of knowing that we have to hide something is enough for this worry to activate in our mind.

These psychologists explain that in order to keep secrets, we must set ourselves the goal of hiding that information. The problem is that when we have set some goals from time to time our mind automatically activates them, to make sure that we do not forget them and, above all, that we take advantage of the opportunities that present themselves to us and allow us to achieve these goals.

In other words: secrets forcefully attract our attention, they make our mind gravitate around them because our brain has a habit of wandering among worries, unresolved problems and the goals we have set ourselves. Therefore, having secrets becomes a concern that traps us, not only in front of people but also when we are alone. When we want to hide something we become the prisoners of that secret.


Also, when the secret is very important, makes us feel unauthentic or we keep it for a long time, the risk of developing anxious or depressive symptoms increases. In fact, constantly thinking about the information we need to hide can become a source of stress. This inner tension is often what drives us to reveal the secret, so there comes a time when we prefer to face the consequences rather than carry on carrying the burden.

Did you choose your role or did the opposite happen? ❯

add a comment of Having secrets is bad for your health