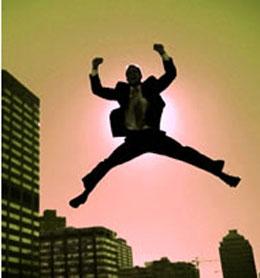 Happiness is usually associated with a large number of positive situations that are experienced throughout the life span. The happiest people get the best jobs, make the most money, are more likely to get married… but more importantly; they feel satisfied with these results. Or at least so it was thought until recently in psychology circles. We are well aware that many people around the world view happiness as a commodity of greater value even than intelligence, success and material possessions. But… is it possible to be so happy? There are many self-help manuals and associations, whose goal is to sell a lot of happiness because they consider that happiness in the short term is the surest path to having a satisfying life. However, what's the limit? Perhaps an extremely happy person is also one who is less motivated to improve at their job or in looking after their health. A group of psychologists from the Universities of Virginia, Illinois and Michigan concluded the first known study of what would be the optimal level of happiness. The research I am referring to was completed between 1981 and 2000 and a total of 100 people from 96 different countries took part in it. One of the questions respondents had to answer was: considering all the factors, how satisfying is your life these days? This is the classic question for determining people's degree of happiness on a numerical scale from 1 to 10. However, another way was also adopted to determine happiness levels, what is known as moment-to-moment basis, for example: our levels of satisfaction and happiness can be high but at any moment they can be negatively affected. for any situation such as the death of our four-legged companion. In the first case a person could be located low in the level of happiness because he sees himself affected by this random situation, in the second case he looks for happiness over time, if we want to call it so. Thus, the group of scholars focused on the variations of happiness over time. So ... how do daily satisfactions relate to emotional well-being? Surprisingly, the happiest people weren't the ones who achieved greater economic solidity. That is to say, levels of happiness were established, the people who occupied the top of the list were not those who were most successful, while the people who were at the lowest level showed very satisfactory results on a professional and economic level. In full contrast to those who were aiming low on the ladder of happiness. However, things took on different aspects when they referred to couple relationships. Happier people maintained stable and satisfying romantic relationships while people aiming low did not have the same levels of satisfaction and at least felt motivated to change this state. Thus, the investigators conclude that, while in terms of education and work it is not necessary to develop maximum happiness to achieve our most ambitious goals, in terms of romantic relationships while the happier we are, the greater the emotional stability we will find in relationships. couple. The theme itself is not entirely new, as Gilbert had previously argued that people have a tendency to present a moderate level of happiness. However, the idea is not entirely wrong, the same would happen if we refer to an optimal level of motivation or an optimal level of stress which are essential if you want to complete any task.