Hagakure: the secret book of the Samurai

Yamamoto Tsunetomo - Hagakure: the secret book of the Samurai. 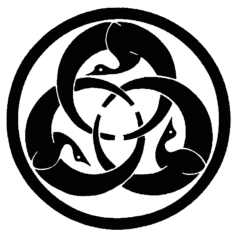 Something can be learned from a thunderstorm. When a downpour takes us by surprise, we try not to get wet by hurrying our steps, but also by trying to take shelter under the eaves we get soaked anyway. If, on the other hand, from the beginning, we accept to get wet, we will avoid any uncertainty and not for this reason we will get wet more. This awareness applies to all things.

For several days I was undecided about which book to choose for January. The beginning of the year is a period often full of meanings: new target, new resolutions, new changes.

After careful consideration I have chosen a book that I believe fully reflects this period; a book that should not be read all in one go and then forgotten, but rather a book that should be consulted day after day, a page a day, perhaps as a first gesture in the morning.

For the month of January I have chosen the Hagakure: The Secret Book of the Samurai by Yamamoto Tsunetomo.

Yamamoto Tsunetomo lived between 1659 and 1721 he was a Japanese soldier and philosopher, but he was above all a real one Samurai of the prefecture of Saga in the province of Hizen, in the service of the Daimyo Mitsushige Nabeshima, in whose service he entered at the age of only 9 years.

At twenty he met first Fir trees, for an monaco Zen who had left the local temple in protest at the condemnation of another monk, e Ishida Ittei, a Confucian scholar advisor to Nabeshima exiled for more than 8 years for opposing a daimyo's decision. When his patron died in 1700, Tsunetomo had some disagreements with Nabeshima's successor and therefore decided to take Buddhist vows with the name Jōchō and retire to a hermitage in the mountains.

Now old, between 1709 and 1716 he told his thoughts to another samurai, Tsuramoto Tashiro; many of these concerned his patron's father and grandfather, bushidō, and the decline of the samurai caste in the peaceful Edo period. Tashiro did not publish the content of the conversations he had with Tsunetomo that many years later, under the collective name of Hagakure (葉 隱 or 葉 隠, Hagakure, or “In the shade of the leaves”).

First published in 1906, but composed two centuries earlier, Hagakure is one of the most famous and controversial works handed down to us from Japanese literature. It encapsulates the ancient wisdom of the samurai in the form of short aphorisms. The author, Yamamoto Tsunetomo, who lived in an era of peace and the consequent decline of the samurai figure, closed himself in a Buddhist monastery, where for seven years he taught the young Tashiro Tsuramoto the ancient code of honor. The student transcribed the conversations he had with the teacher and collected them in the eleven volumes that make up "Hagakure", precious testimony of a complex and positive thought, very different from the stereotype of the suicide bomber devoted to self-annihilation still alive in the Western imagination. The choice of aphorisms made by the curators of this volume aims to make the Spanish public aware of the relevance and universality of the samurai ethics, and is intended to be an invitation to reflection and a tool for inner research.

As already mentioned, the best way to read this book is to flip through one page a day, in the quiet of the morning and reflect the rest of the day on what you have read. In fact, the book has no plot, but it is a collection of real pearls of the samurai culture.


Why you should read it

Whether you are passionate about the figure of the Samurai or not, the aphorisms contained within the Hagakure will be able to transmit an intense charge of determination, motivation ed energy.

Some of the considerations contained in the book will appear extreme to you, but after careful consideration you will be able to appreciate its profound wisdom.

For me, reading a page of Hagakure every morning has been a huge source of inspiration for many years.

Ps. If you're passionate about the book, I suggest you watch the movie Ghost Dog, inspired by a modern metropolitan samurai guided by the ancient lessons of Hagakure.

Audio Video Hagakure: the secret book of the Samurai
I cheated on my wife and I feel guilty: how to win her back ❯

The power of inspiration, the muscle that can improve our life

add a comment of Hagakure: the secret book of the Samurai