Hack Squat | What's this? How is it done?

Before talking about the Hack Squat, its practice and the benefits it brings to our muscles, let's mention the main muscles involved: the quadriceps and the secondary muscles stimulated by it: the buttocks, hamstrings and abdominals. 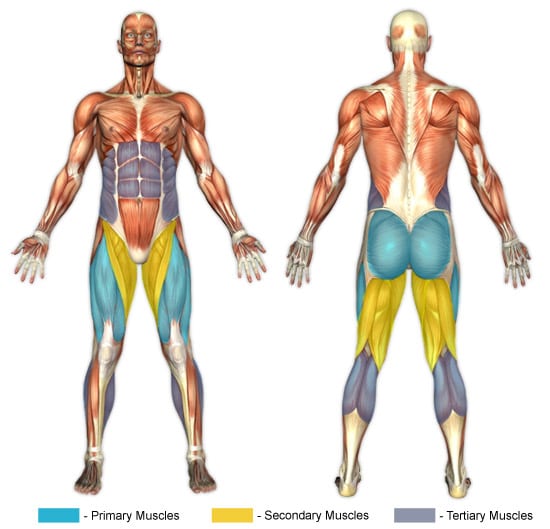 1. The quadriceps is the largest muscle in the anterior thigh area and is primarily composed of four muscle areas: rectus femur, vastus medialis, vastus lateralis and vastus intermediate. It performs a fundamental function, namely the extension of the leg.

2. The glute is composed of a set of three muscles: gluteus maximus, gluteus medius and gluteus minimus. They have the function of strengthening the spine to allow our body to assume an upright position.

3. The hamstring muscle occupies the lateral and posterior area of ​​the thigh and is composed of a long and a short head. It performs two actions: externally flexes and rotates the leg, and participates in extending the thigh. 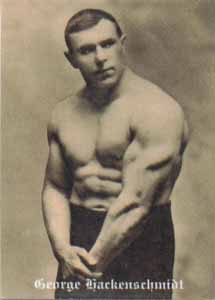 At this point let's examine together the words that identify this exercise: “hack squat”. The term Hack comes from the name of a Russian wrestler Hackenschmidt George, hence the diminutive Hack. While the term "squat", as we all know, is considered the fundamental exercise for the lower area of ​​our body. Along with bench presses and deadlifts, it is one of the exercises in powerlifting.

There are two types of hack squats: barbell hack squat and machine hack squat done with the Hacker Squat Machine.

In the first case, the performer places the barbell behind their feet, making sure they are equidistant from the extremes. As in the traditional squat, the feet are slightly apart reaching the shoulder opening. Keeping the back straight, a squat is performed to grab the barbell with a prone grip (palm directed backwards) and an opening of the arms slightly higher than that of one's shoulders.

Keeping the gaze forward and the back contracted, so as to bring the shoulder blades closer together, the ascending movement is started which will stop before the total distension of the knee, so as not to interrupt the muscular stress and not to burden the knee joint. There are three main mistakes to avoid when performing the barbell hack squat: do not raise the back before the legs are stretched, but only at the end of this movement; do not push your knees past your toes; and finally do not bend the elbows.

Compared to the traditional squat, the position of the barbell in the hack squat is more favorable for the back as it is subjected to less effort, and also the distribution of the load improves stability during execution.

If, on the other hand, the execution is carried out through the hacker squat machine, you position yourself on the platform with your legs slightly apart and your back resting well against the backrest so as not to bend it during the exercise. At this point you can proceed to the downward and upward movement, which must be slow and controlled.

Also in this case, as in the previous one, but also in the traditional squat, breathing must be controlled: you inhale in the descent and then exhale in the ascending movement. Even in the hack squat on the machine the back is subjected to less effort, which is now reduced to a minimum as it is supported by the back of the machine itself.


Precisely for this reason, the hack squat is recommended for those with back or neck problems, but also for those who experience problems while performing a traditional squat. Furthermore, with the hack squat machine, we can vary the solicitation of the muscles of the lower body simply by changing the position of the feet on the platform of the tool. In fact, by placing the feet towards the inner edge of the platform we will stress the anterior thigh muscles more, while by moving them towards the highest part of the support we will place a greater effort on the buttocks and hamstrings.

However, it should be noted that, even if the quadriceps are strained by moving the feet towards the inside of the platform, the knee joint and the tendons are also involved more, and for this reason particular caution is necessary if you choose this variant.

To prevent any injuries or the onset of back pain, you must include concentrated exercises in your training program that strengthen the abdomen, back and lumbar in particular. It is therefore advisable to regularly carry out a workout of the abdominals and to strengthen the lumbar muscles by performing hyperextensions. By doing so, these muscles will be of greater support during the execution of certain exercises (such as squats for example) and therefore will decrease the involvement of the spine.

Audio Video Hack Squat | What's this? How is it done?
Hammer Curl | Which Muscles Does It Involve? Execution and Variations ❯

add a comment of Hack Squat | What's this? How is it done?