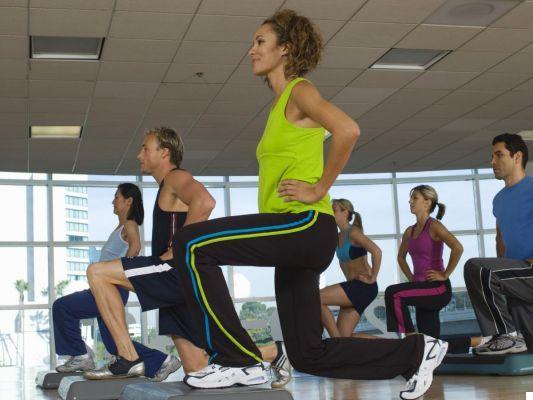 * Improved body weight control. The increase in body fat is the consequence of an imbalance of homeostasis in which the caloric intake exceeds the expenditure. Since the storage capacity of caloric energy in the form of carbohydrates is extremely low (about 1000 Kcal), all excess calories are deposited in the form of triglycerides in the adipocytes, that is, in the adipose tissue. Physical exercise stimulating the aerobic metabolism at the skeletal muscle level induces an increased mobilization and oxidative utilization of the triglycerides contained in the adipocytes, with a consequent reduction in body weight.

* HDL / LDL ratio increase. HDL plasma liproteins, in particular HDL2, have an antiatherogenic effect; while LDL, very low density lipoproteins, have an atherogenic effect. After aerobic training, ie at constant plasma concentrations of lactic acid, a significant reduction in LDL and a consistent increase in the HDL fraction, in particular HDL2, was found. A lot, of course, depends on the important HDL / LDL ratio. In any case, it is desirable that physical exercise be of the aerobic type, since the enzyme that intervenes in the catabolism of plasma lipoproteins in the muscles, i.e. the liprotein lipase, is found only on the red muscle bundles (type 1 fibers, aerobic, with an ATP / O2 ratio = 37/6 = 16,67).

* Increased muscle strength. Strength training determines a gradual increase in skeletal muscle mass, with a consequent increase in the transverse diameter of the fibers without however causing an increase in their number (hypertrophy, non-formation of fibers).

* Other important effects induced by chronic exercise include:

a) the favorable trend in the event of mortality from cardiovascular accidents;

g) IL-6 increase for exercise intensities above 75% of VO2 max.

In conclusion. It seems that the well-known formula of trying to achieve "maximum results with minimum effort" is not only applicable to the business world. Indeed, the first law of economics has its strong supporters also in the field of health. Some of the major general effects of physical activity described above have implications for an individual's physical well-being.

However, in order for sports to be positive for health it is necessary that the changes in structure and function mentioned above take place in the energetically cheapest form: that is, paradoxically, by performing the least amount of physical exercise possible.

Other articles on 'Exercise: Benefits in Disease Prevention'