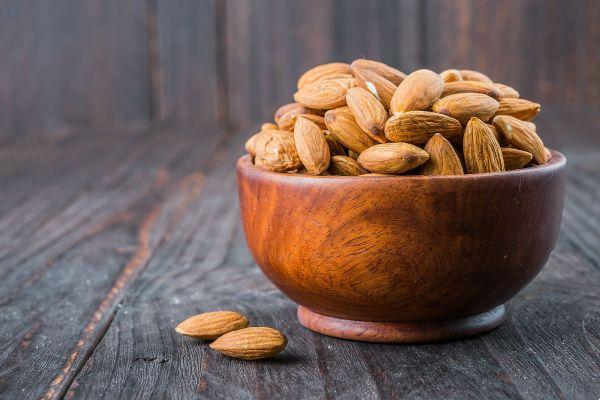 What is the ground almond

Ground almond, sweethammer, cipero, chufa and even tigernut. This tuber has many denominations, in fact it is still known as zizzola di terra, and we find its rhizomes also under bagigi, bacicci, babbagigi, abelasie, sweets!
Botanically known as Cyperus esculentus, this medium-sized plant grows in swampy and humid areas, giving green tufts with green-yellow flowers that end in a spikelet and not surprisingly reminiscent of the papyrus seedling, his close relative.

In the village the small brownish tuber with irregular shapes is little known, although it is often used in perfumery for its violet-like smell. In the cosmetic field, thanks to its moisturizing, nourishing and antioxidant power, ground almond lends itself to being an excellent ingredient in creams and body oils. The resulting soap has exfoliating and rebalancing power, suitable for purifying and nourishing the skin.

As a food they know it well in the areas around Valencia, where it was introduced by the Arabs and where it grows well and is very consumed. Here is the Chufa de Valencia site to find out more and to find delicious products, such as liqueur or pesto alla chufa!
The small tubers are eaten dried, have a vaguely dociastro taste, which at times reminds of almonds, hazelnuts and walnuts. Before using them they must be soaked for a few hours, because they have a very hard consistency.


>> How to make almond milk and its benefits

Benefits and use of the sweethammer

Once harvested, the tubers are washed and dried, then put on sale. The best known final product is the horchata, a kind of barley, made with the chufa, refreshing and very consumed in the south east of Spain.
There is no trace of gluten in the chufa; to a modest extent there are fatty acids similar to those of olive oil, while we find many minerals such as phosphorus, magnesium, iron, calcium and potassium and little sodium. Rich in fiber, it has a modest amount of carbohydrates (24% per 100 g of product) and proteins (about 9%). Among the vitamins of there are C and E.
Chufa cream, chufa flakes, chufa flour are other products that are obtained from the processing and grinding of the ground almond. Its flour can also simply be added to muesli, yogurt or cooked foods, such as soups, puddings, creams and is particularly suitable for vegans and vegetarians, intolerant or celiac people or those who follow low-calorie diets, precisely because of the sense of satiety it leaves. .

From the Armonia Paleo diet website here is the recipe for chufa or ground almond wraps: just get, for a dozen wraps, 80 grams of chufa flour, 40 grams of arrowroot or maranta starch, 90 ml of coconut milk and 90 ml of water, 1 pinch of salt, 10 grams of coconut oil. Mix everything well with an electric whisk, leave to rest for a few minutes and proceed by cooking on a boiling cast iron pan as for classic wraps, pouring the mixture onto the pan and turning it on both sides.


Curiosity: Despite the fact that today the chufa is produced with a protected designation of origin (PDO), guaranteed by the European Union, it is considered in some areas a difficult pest to eradicate, such as in Canton Ticino, in Switzerland, where, multiplying rapidly, it spreads among the corn fields.

add a comment of Ground almond or sweethammer: benefits and uses