Good habits: how long they take to consolidate 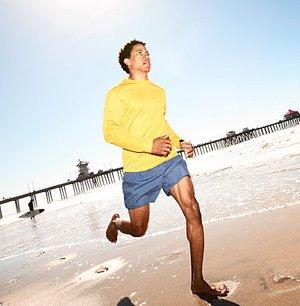 Popular wisdom says that if we want to solidify a habit we just have to practice. But ... for how long? Obviously it depends on the type of habit we wish to form, but there is still a general time that has been recognized by most psychologists: 21 days. Although the idea of ​​21 days comes from a 60s book published by Maltz, a specialist in plastic surgery, who realized that when people suffer from a limb amputation it typically takes about 21 days to adjust. to changes and to consolidate new habits. However, a recent study developed by University College London involved 96 people who were interested in developing very simple new habits such as eating fruit with meals or running for 15 minutes a day. Although the experiment itself is very simple, it has far-reaching repercussions on our daily life. Participants were asked daily how much they perceived their behaviors to be automated; meaning by automated, if they felt that the task "was not difficult to accomplish" or if they could do it "without thinking about it". As you can imagine, a relationship was immediately evident between daily practice and the degree of automatism of behavior. However, it took an average of 66 days to resuscitate the habit. The practice, without any doubt, facilitates a certain automation but this achievement could be lost if the person abandons the project before 60 days, at which point the habit is finally consolidated. However, to be scientifically correct I must also say that not all people needed 66 days; for some it took only 18 days while for others it took up to 254 days, almost nine months to consolidate the habit. Of course, it all depends on the habit you want to consolidate, drinking a glass of water before meals can easily turn into a habit but doing 50 crunches before breakfast takes more dedication. The researchers also point out some details that could be useful in daily life: - Skipping a day of training does not reduce our chances of consolidating the habit. - The fact that we need more time to consolidate a habit does not mean that it will not consolidate but rather it means that we are more resistant to routine. - A strong intrinsic motivation and a high degree of perseverance are essential to form a habit in the first days. However, before we start trying to solidify a habit, we will need to recognize that it has its advantages and disadvantages. Browsing here and there on the net I met various sites that encourage the formation of certain habits, sometimes indiscriminately I would say. Once our behavior flows automatically, we free up some cognitive resources that we can use in other tasks; a common example is being able to drive and at the same time smoke or converse. However, sometimes the habit fosters an excess of self-confidence which can also be dangerous.
Disappointments help you grow up and get out of the wrong place ❯

add a comment of Good habits: how long they take to consolidate